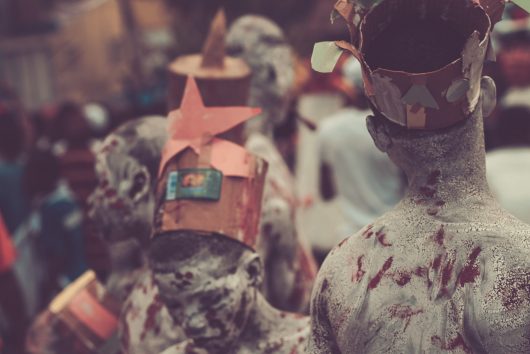 The Haitian government would have an arguable point to debate with the U.S. regarding their humanitarian assistance. Before they negotiate, however, Haitians must complete the search for a president.

Contentions are rising over a joint project between the USDA and UN World Food Programme (WFP) that is providing 500 metric tons of peanuts to the Haitian people. The “Stocks for Food Program”, as it is called, is distributing these peanuts to school-aged children.

But over 60 NGOs agree that it might as well be dubbed “the great peanut dump.”

In the poorest country in the Americas, the economic shock created by such a program could negatively impact Haiti’s 150,000 peanut farmers. “We’re talking about small, very poor farmers that are very dependent on a single crop,” says Dr. Louise Ivers, senior policy advisor at Partners in Health.

Yet in Port-au-Prince, politicians are distracted by the search for a president in Haiti. Without a leader since February, party officials are busy organizing the next round of elections, scheduled for October 9.

Haiti is currently led by interim President Jocelerme Privert, who received a 120-day mandate after Michel Martelly completed his term. That mandate expired this June and is beginning to alarm the foreign governments that finance Haiti’s elections.

The EU has announced the withdrawal of its electoral observation mission because Haiti’s 2015 elections were “generally in line with international standards.” The U.S. followed suit and canceled its $33 million in electoral funding to Haiti last month.

According to State Department spokesman Mark Toner, “The Haitian people deserve to have their voices heard, not deferred.”

Toner’s comment resonates in a country where over 80 percent of the population lives in poverty.

Haiti’s medical system is in shambles and depends on foreign doctors to function. This is especially true given its recent experience with cholera, a disease that has now killed 10,000 and affected 800,000 more.

In fact, cholera victims sued the U.N. in 2011 for allegedly causing the outbreak of the disease. Bases for the Haitian stabilization mission, MINUSTAH, were suspected of improperly treating their wastewater.

Over $40 billion in damages were sought, though the 2nd U.S. Court of Appeals found the case to be “without merit.”

Nevertheless, the search for a president in Haiti continues. Among the candidates are favorite Juvenel Moise, along with runner-up Jude Celestin.

Objectors include the Tet Kale, or “Bald Head” Party, which has not accepted the schedule proposed for the repeat election.

With so many troubles at hand, Haiti would do well to expedite the election process to find a leader.

However, the U.S. should also remain cognizant of its impact through humanitarian aid. After all, destabilizing half a million people who live off the peanut trade is hardly the way to assist Haiti’s democratic governance system.