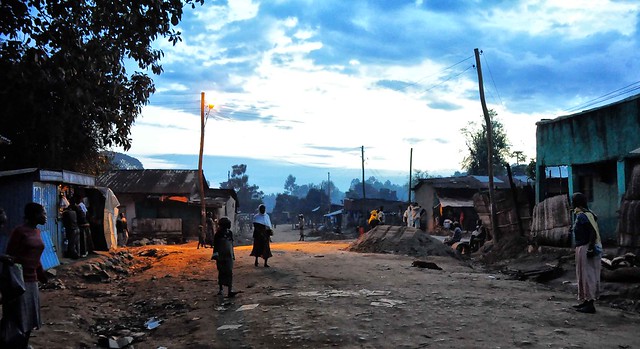 Recently The Bill & Melinda Gates Foundation expressed their passion for increasing energy in Africa in an eco-friendly manner. In partnership with other organizations, Africa is aiming to turn its waste into electricity.

Africa is a large continent containing a surplus of mineral resources, fossil fuels, metallic ores and other biological resources. Despite this abundance of natural resources, Africa’s economy still struggles to thrive. Most of the country’s economy comes from agriculture and sustenance farming which occupies 60 percent of the population.

The Bill & Melinda Gates Foundation works to reduce inequality around the globe. Work includes advances in health conditions, decreasing infant mortality rates and empowering the poorest. The foundation is also working towards bringing more electricity to Africa. Currently, it is projected that there are 500 thousand people with no power. However, there is evidence of improvement as 600 million people were without electricity in 2014.

The growth in population, economy and electricity will aid Africa immensely, but it also brings new projections for how much energy the country will need. Silverstein also records that “the International Energy Agency, sub-Saharan Africa will require $400 billion by 2035 to modernize its energy foundation.” The Bill & Melinda Gates Foundation and the United Nations (UN) are planning a project in response to this.

The UN has initiated the Sustainable Energy for All project. The program works with government figureheads, businesses and the civil sector to works towards Sustainable Development Goal 7 (SDG7).  The project “empowers leaders to broker partnerships and unlock finance to achieve universal access to sustainable energy.”

In line with the goal of achieving SDG7, The Bill & Melinda Gates Foundation instituted the Breakthrough Energy Venture. The Breakthrough Energy Venture is an investment lead fund whose aim is to “make sure that everyone on the planet can enjoy a good standard of living, including basic electricity, healthy food, comfortable buildings, and convenient transportation, without contributing to climate change.”

These projections signify more energy in Africa and a higher rate of demand for energy. Both projects, by the UN and The Gates Foundation, are aware of the harm that the rising demand for energy will have. More energy creates more waste, and these projects are working towards a cleaner planet as well as providing energy to the world.

A type of biomass referred to as waste-to-energy uses garbage to provide electricity and heat. Alternatives include burning or recycling the garbage, but providing clean energy to Africa is the number one priority.

Electricity issues in South Africa have led to “brownouts” that was thing preventing a transmission grid loss. The country’s provider, Eskom also cannot meet demands. There are hopes that waste-to-energy will be the solution to problems like these. The Climate Neutral Group introduces the Joburg Waste to Energy offset project.

The project will clean up Johannesburg municipal sites as well as provide clean electricity. The Climate Neutral Group hopes to use the waste and methane gas from the hazardous municipal landfill site and transforming it into energy. It is anticipated that there will be a 19MW of electricity produced. This is enough to power 16,500 medium households.

The Gates Foundation, the UN and the Climate Neutral Group are placing a strong focus on improving energy in Africa. They are taking it one step further by helping provide electricity and energy through waste in partnership with other organizations such as the UN.