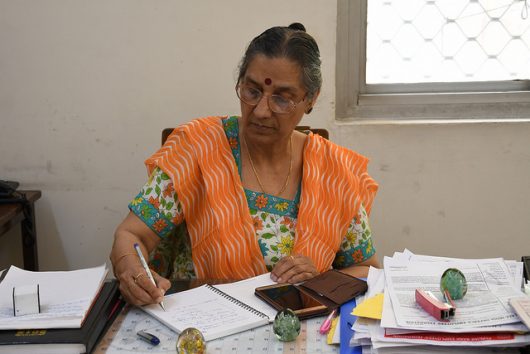 Women in India are most often confined to social norms that affect their participation in the workforce. Marriage, motherhood, vexed gender relations and patriarchy are the most prevalent norms confining women to the domestic sphere. Working women in India — especially working mothers — subsequently suffer from guilt and social stigma in this restrictive isolation.

Working women in India are made to feel guilty for choosing work as a priority predominantly by patriarchal prejudice. Even though women make up nearly half of India’s population, their economic potential has been put on the backburner. If women were to join the workforce, India could hold the key to the future growth of Asia’s third-largest economy.

According to the 2015 McKinsey Global Institute Report, Indian women can add $2.9 trillion, or 60 percent, to annual GDP by as early as 2025 if they are allowed to participate in the workforce on an equal basis as men. Another study indicates that 48 percent of women drop out of the workforce before they reach middle management positions due to marriage or motherhood.

Per the 2017 World Bank report, female labor force participation in India fell from 34.8 percent to 27 percent. At present, women contribute a mere 17 percent to the country’s GDP, well below the global average of 37 percent.

Distribution of Value and Gender Equality

Women in power have proved time and again that they make good leaders and put up a tough fight for men in every field. However, only 27 percent of Indian women are currently in the labor force. According to a report, women perform 9.8 times the amount of unpaid work than men in India.

If unpaid work were to be measured similarly to paid work, it would contribute almost $300 billion to India’s economic output; “but the current measure of GDP does not assign a value to housework, therefore it becomes imperative to bring women to the workforce to accelerate economic growth,” say experts to a website called The Wire.

It seems certain that bringing women into the workforce helps in the growth of GDP. Women in the 95 countries analyzed in this research generate 37 percent of global GDP today, despite accounting for 50 percent of the global working-age population. This global average contribution to GDP masks large variations among regions.

Gender parity in India plays a huge role in bringing women back to work. India’s record on the gender parity is so bad that it is even below that of sub-Saharan Africa, one of the poorest regions of the globe. Working women in India have to break away from the social and gender barriers to create a new wave of empowerment.

Social norms and a patriarchal society hinder women from workforce participation. Women face social taboos and guilt, and mothers are made to feel guilty if they prioritize a career. The society considers that a woman’s first priority is to take care of her child, husband and the house.

Due to such beliefs, women have less confidence and self-doubt to step up into the workforce. Break for their marriage or motherhood leads to less pay, and maternity leave hinders their ability to move up the corporate ladder.

India paves the way in maternity leave, though, with its Maternity Benefit Amendment Act which grants paid leave time to 26 weeks.

With steps and organizations like these, the future of female empowerment and getting women in the workforce in India is bright indeed. Time and effort will demonstrate how one of the largest nations in the world will work to enter into a new wave of gender equality.