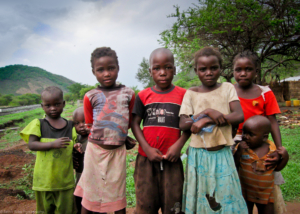 By now, most of the world has put some form of social containment measures into place for COVID-19. Unfortunately, it has had a negative reversal effect on the progress of economic globalization. Mozambique is a place with an abundance of natural resources. However, it is still one of the poorest countries in the world. An opportunity has now presented itself after the DFC (U.S. International Development Finance Corporation) recently approved two substantially large natural gas projects in Mozambique.

Within the last 20 years, Mozambique has had a growing period in predictive expansion in agriculture and natural resources. The growth has been at a slow pace. Although the poverty numbers are not what they once were, there is a noticeable space between social and financial equality. A recent report from ClubOfMozambique.com suggests that the abrupt lockdowns from COVID-19 have shined a light on the wide gap between the well-off and the impoverished. Hunger has been another major issue for struggling families due to spikes in inflation and boundary restrictions. There is public blame that is directed toward the government and the failure of equal distribution of wealth.

In July 2020, a major French oil company, Total, put together a near $15 billion contract agreement to begin the production and distribution of the country’s abundant natural gas resources. The scale of this project is set to be one of the biggest industrial initiatives in the history of Africa. The World Bank and The International Monetary Fund (IMF) have given their assistance both financially and publically. This is needed amid pushback from the use of fossil fuels. An environmental organization called Friends of the Earth International has concluded that ever since the country first discovered natural gas reserves 10 years ago, it has contributed to the public imbalance of wealth and prosperity. From the opposite point of view, the African department of the IMF suggested that the fuel project could be a very unique window of opportunity to bring a fresh start to the economy of Mozambique.

The country’s economic statistics would suggest that this project would be a significant milestone for those that are deep in poverty. Proper instruction and leadership from international fuel companies can eventually lead to job opportunities for locals. Currently, job opportunities are few and far between with a high majority having to rely on agriculture for survival. In addition, this is a main key factor that went into the government’s extensive plan. This would work toward converting natural gas into nutrients for crops, bringing higher yields for working farmers. Perhaps most importantly is the fact that this project has the potential to rectify one of the main problems in the country: dependable energy. Bringing in the fuel industry would allow the chance for energy in expanded locations. As a result, it would inevitably bring back Mozambique’s travel and vacation business.

When a country such as Mozambique is going through such disheartening conditions, it is hard to argue against taking the risk to majorly improve their economic situation. When Mozambique takes part in the natural gas business sector, it would lead to more international attention and inclusion.