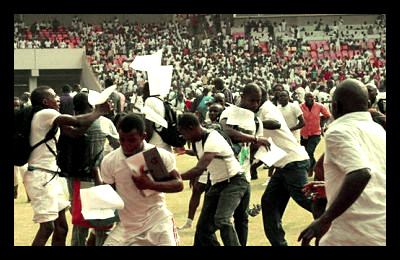 A government job fair for fewer than 5,000 available positions turned violent when a stampede of half a million applicants killed about 16 people.

The Guardian said that the deaths occurred in five different locations including the Abuja National Stadium in which seven people alone where killed.

According to Interior Minister Abba Moro, individuals who attended the job fair “lost their lives through their impatience.”

In another article about the stampede, the Associated Press estimated that roughly 41 million of Nigeria’s 170 million people are unemployed.

“Nigeria is Africa’s biggest oil producer and has one of the world’s fastest growing economies –7 percent projected for this year – but corruption and mismanagement have failed to translate that growth into much-needed jobs,” said the AP.

The Fund for Peace’s 2013 failed state index places Nigeria among the top 20 most failed states in the world. This is due to the nation’s uneven economic development and poverty.

On the other hand, Freedom House, an NGO that conducts research on democracy and human rights, said that conditions in Nigeria have worsened over the last year.

“Nigeria received a downward trend arrow due to continued rampant corruption, the suppression of civil society during fuel-subsidy protests as well as restrictions on its activity in the north, and limitations on freedom of movement as a result of violence associated with the militant group Boko Haram,” the NGO said.

Freedom House also argues that hydrocarbon exports dominates Nigeria’s economy. However, since officials in Nigeria tend to have poor management skills, the nation’s exports fail to make the conditions for many throughout the country any better.

Since its independence from England in the 1960s, $400 billion of the nation’s oil revenue has been squandered or stolen.

The stampede that killed 16 people in Nigeria serves as an example of how desperate people throughout the nation are for jobs. Better management of the nation’s exports could help bring more Nigerians out of poverty. 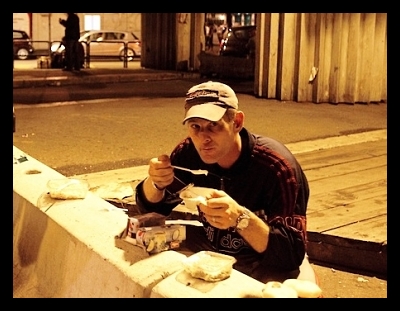 With the global recession lasting over two years now, many countries have been highly affected by the current state of the global economy. One of the countries that has been hit the hardest is Italy. Many people do not think of Italy as a poor country by any means. However, the number of people that live in seriously deprived families in Italy has soared up to 8.6 million.

The unemployment rate in Italy for the younger generation has recently hit 40 percent. Italians’ purchasing power fell by 4.8 percent in this last year.

To put the drastic rate at which the poverty level in Italy is increasing into perspective, here are a few figures: The percentage of families that could not afford to eat a protein based meal such as meat every two days, rose to 16.6 percent in 2012. The year before, this percentage was only at 12.4 percent. In 2010 this percentage was at 6.7 percent. In two years, the percentage of families that could not eat a nutritious meal for a period longer than two days rose by 9.9 percent.

While all of this may seem grim, there is still hope for Italy. Prime Minister Enrico Letta stated that he believes Italy can stage an economic recovery without increasing its huge public debt. After meeting with his advisors, he concluded Italy’s economy may get slightly worse before there is improvement, but in the next few years improvements are expected in Italy’s fiscal state.