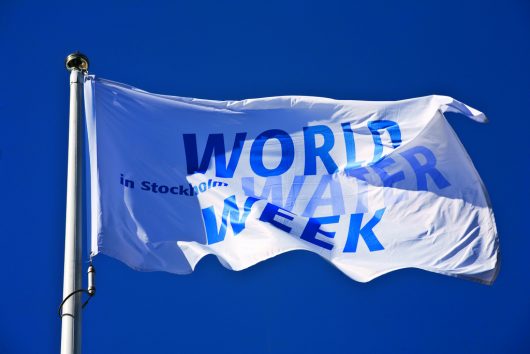 The 2016 World Water Week, attended by 3,100 people from more than 120 countries, was held in Stockholm, Sweden, where the theme was “Water for Sustainable Growth.” While this year’s World Water Week was primarily focused on water as it relates to the new Sustainable Development Goals (SDG) of the U.N. General Assembly and last year’s COP 21 climate agreement, many issues, such as pollution and sanitation, were raised.

The worldwide contamination of water is one of the greatest health threats of our time, as many experts believe that our oceans, rivers, lakes and wetlands are more polluted now than at any other time in history.

A recent report released by the United Nations Environment Program (UNEP) found that as many as 323 million people in Africa, Asia and Latin America are at risk of contracting infections from pathogen-ridden water. Apart from being a health issue, polluted water in these continents negatively affects food supplies, economies and inequality experienced by women, children and the poor.

Professor Joan Rose, a microbiologist and the Homer Nowlin Chair in Water Research at Michigan State University, is one of the foremost scientists working to end worldwide water pollution. At this year’s World Water Week, Rose won the 2016 Stockholm Water Prize, the greatest honor that an individual working in water research or development can receive.

Rose has dedicated most of her life to this field, working in countries such as Malawi, Kenya and Singapore, as well as numerous organizations including the World Health Organization, the International Water Association and the United Nations Educational, Scientific and Cultural Organization.

Throughout her career, Joan Rose has led research, set standards and educated the public about water pollution. While the issue may seem overwhelming, Rose believes that the future is bright, stating in an article published by the Guardian that, “There is more public support, more money, more political will to clean up water. We have more knowledge and more willingness to pay.”