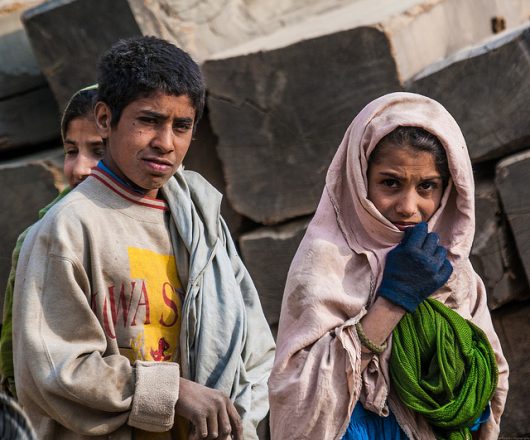 UNICEF Chief of Education Jo Bourne has stated that when children living in conflict zones are unable to access education opportunities they fail to develop even basic skills in reading and writing, putting them at risk of “losing their futures and missing out on the opportunity to contribute to their economies and societies when they reach adulthood.” This point highlights the need for improving education in Afghanistan, where years of conflict has wreaked havoc on the system.

According to UNICEF, 40 percent of school-aged children in Afghanistan are not enrolled in an educational program. This is due to ongoing violence, poor access and lack of funding, as well as persistent barriers for girls in obtaining an education. The fact that such a large portion of children are not in school becomes more concerning when it is noted that schools are more than simply a place of learning: in conflict zones schools provide the stability and structure necessary for children to cope with the trauma inflicted upon their daily lives. Children who do not have this resource face an increased risk of abuse, exploitation and attempted recruitment by militant groups.

After witnessing the effects of school improvements in India, Rahmatullah Arman was moved to emulate similar reforms in his home country of Afghanistan. Upon completing his studies at the University of Pune where he volunteered with Teach for India, he began laying the groundwork for what would later become Teach For Afghanistan.

Arman told BBC News that his largest inspiration is the aspiration that, while many people have lost their future to years of conflict and uncertainty, their children may still have a future. Fourteen years of foreign-backed reconstruction has resulted in 3.6 million children out of school, a majority of unqualified teachers and an adult illiteracy rate of 60 percent, leaving many without hope, but Arman’s program will undoubtedly have an impact on the quality and accessibility of education in Afghanistan.

Teach for Afghanistan came to fruition in 2013, partnering with Teach for All, an organization created by Teach for America and Teach First in 2007. As the program developed, teacher recruitment began, with Arman setting selective criteria to ensure credible volunteers. Teach for Afghanistan received 3,000 applications for just 80 positions. Ninety-nine percent of applicants were from Afghan universities, a signal that Arman’s country supports his mission to improve education in Afghanistan.

Afghan girls face significant cultural barriers to obtaining a full education, as many believe that being able to read and write is sufficient. Teach for Afghanistan emphasizes the importance of educating girls and many of the teaching fellows are young women. The goal is to demonstrate that girls can be well-educated, hold a good job and still adhere to the more traditional cultural aspirations for young women as successful wives and mothers.

Arman reports that there has been no violent interference with the program, noting that the organization’s strong relationships with community and religious leaders act as a measure of security. He also cites youth education as the most effective tool to counter the growth of terrorism and extremism.

Teach for Afghanistan will open its first 21 programs to students this month in one province, but the ultimate goal is to expand to the entire country. To do so would be to provide Afghan children and families with a resource integral to their health and well-being. The 80 fellows selected have been placed in 21 high-need schools that serve more than 23,000 students, ensuring that Teach for Afghanistan is beginning to bring hope where it is needed most.