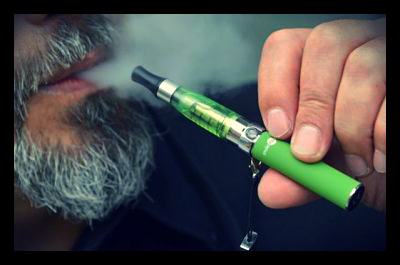 Since 1982, the China National Tobacco Corporation (CNTC) has grown to be the world’s largest tobacco company, contributing almost 10 percent of total tax revenue to the central government. The state-backed monopoly has remained stubborn to reform in the wake of the roughly one million smoking-related deaths the country sees each year.

The World Health Organization (WHO) has recently released a statement saying that China needs to take a firmer stance against its giant tobacco industry if it hopes to reduce these numbers.

So how do we tackle a multi-billion dollar monopoly?

The biggest problem is that the government itself is in the business. This creates a strong conflict of interest, which is proving difficult in weeding out the destructive habit.

In recent months, China has adopted several anti-tobacco measures, including banning government officials from smoking in public areas and banning smoking in schools. However, the tobacco monopoly has managed to continuously oppose reforms such as raising cigarette prices and using stronger health warnings on cigarette packs.

It seems that all hope is not lost.

A pair of tobacco industry manufacturers from southern China launched a joint venture on February 25 aimed at tackling the tobacco monopoly once and for all.

The collaboration between FirstUnion Technology, the world’s largest e-cigarette producer, and Jinjia, China’s biggest maker of cigarette packaging products, is an entrepreneurial match made in heaven. Both companies have achieved massive success in the southern city of Shenzhen and hope to rise among the ranks by manufacturing China’s first mass-market e-cigarettes.

E-cigarettes first entered the Chinese market in 2004 and have since been exported to major markets worldwide.

They have become the new alternative for tobacco smokers who want to avoid inhaling smoke. Also known as electronic cigarettes, or vaporizer cigarettes, they emit doses of vaporized nicotine, or non-nicotine vaporized solution, that is inhaled. E-cigarettes have been found to have comparable rates of success in helping smokers quit as nicotine patches.

Overall, this is good news for China, but bad news for the tobacco monopoly.

The partnership between the two Chinese companies is receiving a start-up investment of just over $16 million, but they might need support from the central government if they hope to succeed.