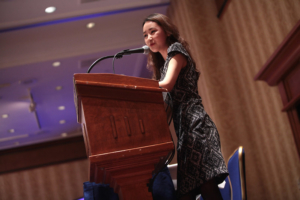 North Korea’s refugee outflow started in the 1990s when North Koreans began fleeing a devastating famine. From then until 2020, more than 33,000 North Koreans defected to South Korea with others dispersed throughout the world. Defectors continued to leave because of food shortages and grave human rights violations. However, since the outbreak of the COVID-19 pandemic, North Korea’s border security tightened considerably, making the possibility of escape incredibly difficult. But, some North Korean defectors who have made it to freedom are now dedicating their lives to raising awareness for the millions of people still locked within North Korea. Here are the stories of three North Korean defectors who became human rights activists.

Born in 1962, Kim Seong-Min served 10 years in the North Korean military before working as a propaganda writer for the totalitarian regime. In a harrowing journey, he fled to China in 1996 only to face capture, repatriation and an execution sentence. Miraculously, he managed to escape once again and arrived in South Korea in 1999.

While it is impossible to track FNKR’s exact audience numbers, research consistently ranks it as the most popular broadcast in North Korea. Many listeners also covertly spread the broadcast’s news to their neighbors by word of mouth, creating a significant “secondary audience.” Seong-Min’s numerous awards include the Taiwan Foundation for Democracy’s Asia Democracy and Human Rights Award and the Reporters Without Borders’ Media Award.

As a teenager in the 1990s, Ji Seong-ho helped his family during the famine by hopping on coal trains, taking pieces of coal and trading them for food. At one point, falling from a coal train onto the tracks, a train crushed his left hand and foot. Several sections of his limbs were amputated, leaving him dependent on crutches. At age 24 he escaped to China, nearly drowning in the Tumen River in his attempt. From there, he traveled on crutches thousands of miles to freedom through China, Laos and Thailand before finally reaching South Korea.

Ji Seong-ho founded Now Action & Unity for Human Rights (NAUH) in 2010. The organization reaches out to North Koreans to inform them of their rights and helps prepare both North and South Koreans for the peninsula’s future unification. As of July 2019, NAUH had rescued 450 North Koreans and brought them to South Korea. Once in South Korea, NAUH  provides education on democracy, human rights and leadership development. The organization runs a number of national and international campaigns geared toward raising awareness of North Korea’s human rights violations. It also broadcasts a radio program targeting North Korean youth. Ji Seong-ho received the 2017 Oxi Day Foundation Oxi Courage Award for the work he and NAUH continue.

Yeonmi Park fled North Korea with her mother in 2007 when she was 13 years old, only to discover that her brokers were human traffickers. After several years of bondage in China, she and her mother walked across the freezing Gobi Desert to Mongolia. From there, she moved to South Korea, and eventually, the United States.

Park debuted as a human rights activist at the 2014 One Young World Summit in Dublin. She gave a widely popular speech detailing her experiences. After that, she published her memoir, became a sought-after speaker on North Korean human rights issues and conducted countless interviews.  Perhaps most impactful is her YouTube channel, which, as of January 2022, claims more than 81 million views and is the leading English-speaking channel hosted by a North Korean defector. She was also selected as one of the BBC 100 Women 2014, and in 2017, the Independent Institute awarded her the Alexis de Tocqueville Award for her contributions to liberty as the foundation of free, humane societies.

The lives and missions of these three North Korean defectors demonstrate their incredible tenacity and the many different ways that activists can bring awareness to human rights issues. Whether through radio broadcasts, education, direct rescue missions, speeches and even Youtube channels, human rights activists can reach millions and change the world for the better.