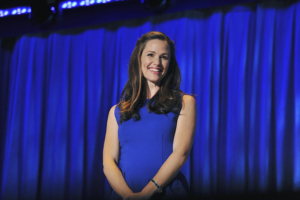 Celebrities are advocating with the nonprofit Save the Children to raise awareness and fight for children’s rights around the world. Save the Children ambassadors include Camila Cabello, Jennifer Garner, Bridgit Mendler, Dakota Fanning, Olivia Wilde and Rachel Zoe.

Save the Children’s mission is to give all children the opportunity to live a healthy life, to learn and to be protected from any fear or harm. The nonprofit ensures that with or without crisis, vulnerable children are protected and are given the necessary tools and resources to be able to live their lives to their potential.

It is vital that all children are protected and educated so that they can have a positive future. 22 percent of all children ages 0-17 were living in poverty in 2010, but by 2016, the number fell to 18 percent. Save the Children believes that the percent could continue to decrease.

How Celebrities are Helping

In 2014, actress and singer Bridgit Mendler teamed up with Save the Children and has since spread awareness and helped raise money by starting the #BabySitIn campaign. The teen volunteer campaign has encouraged teens to babysit for families who in return, donate to Save the Children. Save the Children then uses the donations to help babies and toddlers around the world get a better chance at a healthy life.

Actress Jennifer Garner is working with Save the Children to promote early childhood education and ensure that every child has the same opportunities for success. Garner focuses mostly on children growing up in low-income households in the U.S., and spends much of her time volunteering in elementary schools and programs for toddlers located in low-income areas. Garner has also recently traveled with Save the Children to Deming, New Mexico to help families living in poverty on the U.S.-Mexico border.

Save the Children has worked toward creating safe and healthy environments for children around the world for 100 years. With the help of celebrity ambassadors, volunteers, campaigns and donations, the nonprofit continues to decrease childhood poverty and early death by supporting millions of children every year. Celebrities are advocating for children’s rights and their influence can be an inspiration for fans to support the cause as well. By believing that every child deserves a future, raising awareness to support the cause can make a huge difference in saving the children.