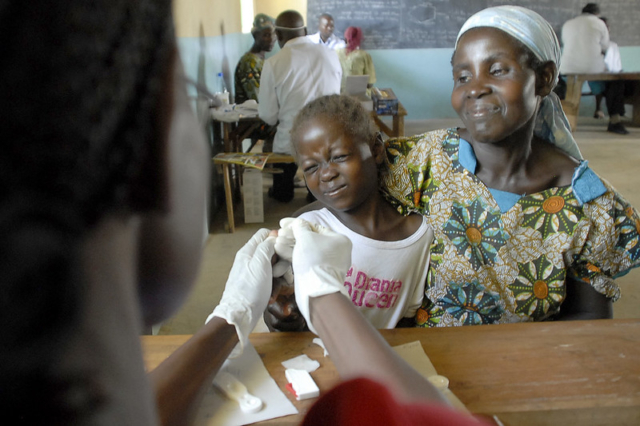 Malaria is a life-threatening disease, but it is both preventable and curable. Malaria is transmitted through the bites of a specific type of female mosquito. In 2019 alone, there were almost 230 million cases of malaria worldwide and the estimated death toll stood at 409,000. Of these global deaths, 67% were children under the age of 5, making them the most at-risk group in terms of malaria. A malaria vaccine breakthrough has the potential to save millions of lives, especially in regions such as sub-Saharan Africa where malaria is endemic.

The African region carries the highest percentage of the global malaria burden. The region accounted for 94% of total malaria cases and deaths in 2019. Transmission is most common in areas where the mosquito lifespan is longer and where mosquitoes prefer to bite humans rather than animals, both of which are features of the specific malaria-spreading mosquitos present in Africa. Another reason for widespread malaria in Africa is the lack of resources across Africa to promptly prevent and treat malaria cases. Many people in malaria-riddled regions of Africa live in poverty with no access to basic healthcare or educational, preventative tools, leaving much of the population at risk of contracting malaria.

The Search for a Vaccine

Malaria is a leading cause of death among thousands in low-income African countries. Thus, a malaria vaccine breakthrough could be lifesaving. More than 100 malaria vaccines entered clinical trials in recent decades, but all of them failed to meet the 75% efficacy target established by the World Health Organization. Before the University of Oxford’s breakthrough malaria vaccine, the most effective vaccine had only shown 55% efficacy, which is well below the established target. Such limited success has caused some criticism, especially following the speedy development of multiple COVID-19 vaccines. However, scientists have responded that a malaria vaccine has taken longer to come to fruition because malaria has thousands of genes. People need a much higher immune response to fight malaria than COVID-19, which has around a dozen genes.

The Promise of the New Oxford Vaccine

The breakthrough malaria vaccine was developed by the University of Oxford’s Jenner Institute, and trials for the vaccine began in 2019. In its most recent clinical trial, the vaccine showed 74% to 77% efficacy in one year in West African children — a promising sign for a potential breakthrough in public health. The vaccine trial took place in Burkina Faso. Exactly 450 participants aged 5-17 months old were vaccinated. Researchers recruited the toddlers from 24 villages in the area of Nanoro, Burkina Faso.

Such successes are encouraging, and researchers are moving toward a phase three trial in 2021. Researchers will conduct vaccine trials on 4,800 children in Burkina Faso, Mali, Kenya and Tanzania. If the phase three trial is successful, researchers hope that regulators will issue emergency authorization for the malaria vaccine as was done with the COVID-19 vaccines. The Serum Institute of India has committed to manufacturing 200 million malaria vaccine doses in the coming years. The malaria vaccine has the potential to have a major public health impact if scientists achieve licensure. A successful malaria vaccine will prevent millions of deaths in endemic areas and protect the lives of the most vulnerable children.