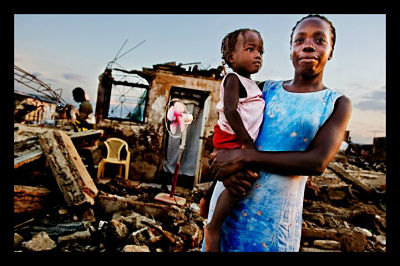 In a country where over 80% of the population lives on less than two dollars a day, Haiti is a country burdened with struggles. In a country that suffered one of the most devastating earthquakes in the Western Hemisphere in 2010, daily life is characterized by endless tribulations. As food prices soar, the Haitian situation becomes even more precarious as life revolves around food security, of which the average Haitian generally has none.

Throughout the developing world, a healthy aquaculture remains vital to food security, as fishing is often the primary source of sustenance for many of these populations. In small island states like Haiti, fish are even more important, as they generally constitute more than 50% of an individual’s protein intake. Furthermore, fishing in Haiti and other countries is an important source of employment for the developing world, where 97% of the world’s fish are caught. A healthy aquaculture can positively transform a struggling country like Haiti.

The World Resources Institute characterizes all of Haiti’s reefs to be at high risk.  Mass unemployment, overpopulated coastal areas, narrow shelf areas, and easy access to reefs have exponentially increased the danger to Haiti’s aquaculture, making Haiti’s coastal regions the most exploited in the Caribbean. Furthermore, due to the lack of sewage treatment plants and sanitary landfill, there is a heavy flow of nutrients into the ocean, sparking excessive algae growth.

Organizations like Food for the Poor have recognized the enormous need to stabilize and develop Haiti’s fishing economy. They have established 41 fishing villages in Haiti, providing entire communities with a reliable source of food and income. Additionally, Food for the Poor has constructed 40 tilapia ponds, further expanding the fish stocks in Haiti.

On their work with Haiti’s aquaculture, the Vice President of Food for the Poor Jean Robert Brutus commented, “The organization Food for the Poor has grown over time and has strengthened, the founders and managers of Food for the Poor have quickly realized, that although they distributing thousands of meals to the needy […] that the needs of Haiti go beyond simply distributing food to the poor…” Thus, the creation of sustainable fishing practices is much more effective in the long term, as Haitians will develop the skills to cultivate their aquaculture in a sustainable way.

Improving the fishing industry in Haiti could have an enormous impact on the lives of all Haitians, serving as an important step towards the future autonomy of Haiti.