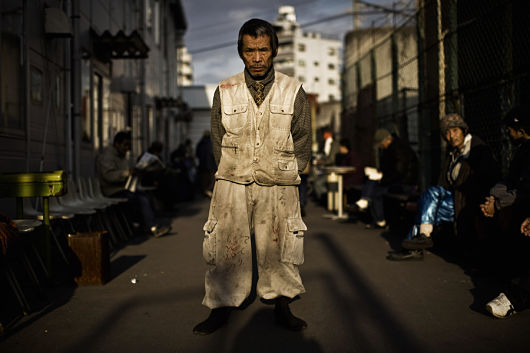 A resident of Osaka recently informed me that the homeless in Japan’s Nishinari district are disappearing.

In some contexts this could be positive, for they could be disappearing due to lowering poverty rates or a growth in the number of available shelters. But as it turns out, the Osaka homeless are disappearing to a nuclear plant.

In 2011, an earthquake caused a nuclear accident in Fukushima. Apparently, the disaster was so destructive that the cleanup process was too difficult to regulate adequately. Therefore, when the government tasked Tokyo Electric Power Company (TEPCO) with cleaning up the disaster, TEPCO called on outside subcontractors. These subcontractors had difficulty recruiting a large enough workforce willing to work on such a dangerous, health threatening job. As a result, these subcontractors asked Japan’s notorious gangs to come to their rescue.

The Yakuza are well known for exploiting the homeless such as through putting up, “vulnerable individuals in shoddy, inadequate apartments to scam the welfare system, taking the lion’s share of any benefits from the state they may receive under threat of violence,” says the Japan Visitor Blog. In this circumstance, the gangs pulled on their affinity for exploiting the country’s poor by recruiting them to work in cleaning the Fukushima plant.

The homeless population in Japan, the Nishinari district Osaka in particular, is vulnerable to this sort of exploitation due to their desire to work. The Nishinari district was once a place where men would come to find jobs as day laborers. These jobs now barely exist, though men – especially older men – still live in these areas in hopes that they may one day find some sort of opportunity.

Japan’s Disposable Workers quoted a man in the Nishinari district saying that, “I really want to work but I’m mentally prepared that I will never get another job for the rest of my life.” So when the Yakuza come around offering any sort of job, it is hard for the Japanese homeless to refuse. Especially when there is some threat of violence if they did turn down these “opportunities.”

Beyond the innate exploitation involved in targeting a vulnerable population for such dangerous work, the homeless were not even well compensated. Often the Yakuza took some of these workers wages for themselves. In addition, Russia Today stated that, “many of the cleanup workers, who exposed themselves to large doses of radiation without even knowing it, were given no insurance for health risks, no radiation meters even.”

Reuters’ report on the homeless working for Fukushima discusses the occurrence of workers having such a significant amount of money deducted from their paychecks by companies that they were left with only US$10 at the end of their work. The deductions were for food and accommodations through the company. So sometimes the workers put themselves into a severe health risk for essentially no pay.

I heard that the homeless are likely still disappearing, though there is little to no coverage on the recruitment of workers in the past two years.

It is possible that the homeless are being treated with more respect, or perhaps the effect of growing media censorship in Japan is preventing further news about the exploitation of Japan’s homeless from being released. 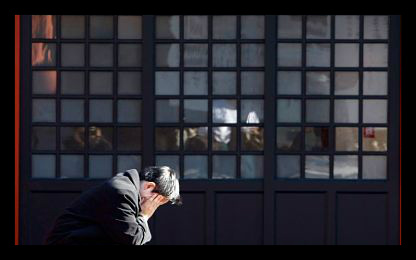