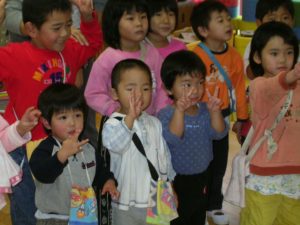 The children of Japan face a unique and difficult kind of poverty. Around 3.5 million children age six through 17 live below the poverty line in one of Asia’s wealthiest countries. Struggles arising from the 2008 financial crisis and rising inequality have put many parents in precarious situations where they struggle to feed their families. Only around 200,000 of the 3.5 million Japanese children in poverty receive necessary government assistance to help them get by. These issues have created a pressing issue in Japan that demands a greater government response and more opportunities for mothers.

Japanese kids can get free or reduced-cost warm meals at children’s cafeterias. The cafeterias have become increasingly popular as childhood poverty continues to drastically increase in the country. While there were originally around 21 operating cafeterias in 2013, over 300 opened in the following four years.

Unfortunately, due to the COVID-19 outbreak, many of these cafeterias have been temporarily closed, leaving many children hungry. As both COVID-19 and child poverty have continued to worsen, even the Japanese Imperial Couple has been briefed on the issue, serving as a testament to its significance in modern Japanese culture. The Imperial Couple was told around 40% of programs that support providing meals to these children have been adjourned due to the COVID-19 outbreak.

Many of these children’s parents are single mothers. In general, Japan is unsupportive of single mothers and offers very little additional support to this demographic. Japan’s traditional family structure usually designates a father, or man of the house, as the breadwinner. Meanwhile, mothers stay at home to care for the children. As divorce rates have risen in recent years, many mothers are forced to return to a workforce that has changed a great deal since they had been in it. Others, never having been part of the Japanese workplace, have struggled further.

Traditional Japanese societal norms typically encourage single-income houses. For instance, the Japanese tax system favors single-income houses. Many Japanese businesses will provide bonuses to men whose wives stay at home. On top of that, a significant wage gap exists, with Japanese women earning roughly 30% less than men. There is also the practice of lifetime employment, by which many Japanese men are pulled straight out of college or university and brought into a company where they are expected to work until retirement. These factors hinder the opportunities available to single mothers and limit the progress that can be made in addressing child poverty.

A Slow Response from National and Local Government

Japan’s government has made slow strides towards helping its children in poverty. In 2019, the government amended a 2013 law focused on child poverty. The amendment was made to encourage local governments, not just the national government, to develop safety nets for children living in low-income situations. Local governments have a deeper an understanding of their citizens’ needs, so they can develop more targeted solutions in tackling poverty.