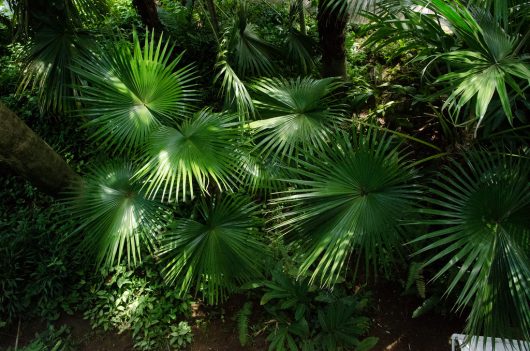 Over the years, diseases in Jamaica have been exposed as well as evolved. These diseases have been tracked and analyzed and placed in a data chart to keep the residents and travelers informed. A common informer is the Center for Disease Control (CDC).

The information it provides is updated every year, and as of this year, the CDC has provided information on recent common diseases in Jamaica. The list it has provided includes hepatitis A and B, typhoid, yellow fever and the most recent cases of the Zika virus.

Yellow fever is a virus spread when bitten by an Aedes mosquito but cannot be spread from person to person. Symptoms may disappear after a week, but there may be cases in which symptoms go into the toxic third phase.

The risk is most dangerous in pregnant women and women who are trying to get pregnant. The infection in these women may cause birth defects. The Centers for Disease Control strongly recommends pregnant women not to travel, being extra cautious if they do, and using condoms during intercourse.

These common diseases in Jamaica are being analyzed as cases come in. The information brought forth will make travelers and residents more safe and aware. 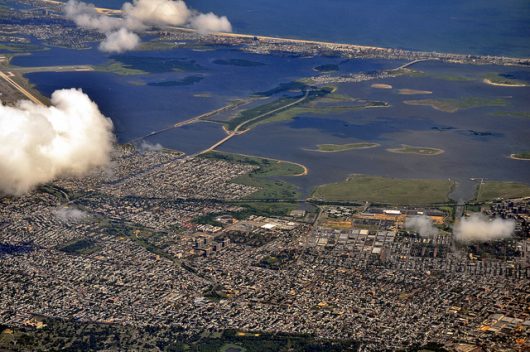 Jamaica attracts people from all over the globe. Its beaches and comfortable atmosphere make it a dream destination for everyone from tourists to expatriates to some retirees. Due to how quickly currencies can appreciate and depreciate, calculating exact figures for the cost of living in Jamaica is difficult.

As of the time of writing, one USD is worth $128.85 Jamaican Dollars (JMD). As an upper middle-income country, the island’s government has made many efforts to invest in and improve the living conditions of its people. One result of this investment is that buying certain foods (excluding milk) locally instead of importing them is the more economically sound option. However, everyday items such as toothpaste are more expensive on the island.

How much one should expect to pay for rent depends on location and size of the space. According to Expatistan, a site dedicated to helping expatriates by providing indexes of the costs of living around the world, renting a furnished 900-square-foot apartment can cost either $104,114 JMD ($814 USD) in an expensive neighborhood or $59,998 JMD ($469 USD) in a more average neighborhood. These prices drop considerably with a reduction in the size of the dwelling.

Living in a furnished 480-square-foot studio apartment goes for about $82,673 JMD ($646 USD) in an expensive neighborhood or $42,091 JMD ($329 USD) in a more average area. Additional utilities and amenities increase these totals, especially considering that Jamaica’s national minimum wage increased last March to $6,200 JMD per 40-hour work week and $8,854 JMD per week for Industrial Security Guards.

Primary school education in Jamaica is mandatory and free, although other schooling materials do add to the cost of living in Jamaica. Each September, a parent can expect to pay anywhere between $300 and $400 USD per child at the elementary-school level for books, uniforms and mandatory auxiliary fees. These fees allow schools to continue operating and making improvements. A child can be turned away if these charges are left unpaid.

If one is looking to retire in Jamaica, there are many factors to consider. These factors include housing, food, utilities, transportation and healthcare. Some services and appliances such as washers, dryers and dishwashers are uncommon due to import costs and there is not enough power to run them. In that same vein, a backup generator is a recommended investment.

Public transportation in Jamaica is not known to be the most punctual or comfortable. To get around this, having a car of one’s own is also recommended.

As for healthcare, the island’s clinics and hospitals provide their services for free, but they are also frequently described as unreliable. Kingston and Montego Bay are home to the best facilities on the island, so living there and taking out a proper health insurance policy covers quite a few bases.

Overall, Investopedia concluded that, given the cost of living in Jamaica, one could retire comfortably with a savings of $200,000 USD (approximately $25,668,730 JMD).

For those living on the island, the cost of life in Jamaica seems to be somewhat of a struggle to maintain, especially if many obligations need attention (such as children). However, that is not to say it is impossible. Perhaps if the minimum wage increases again like it did last year it will be easier for people to meet their needs. 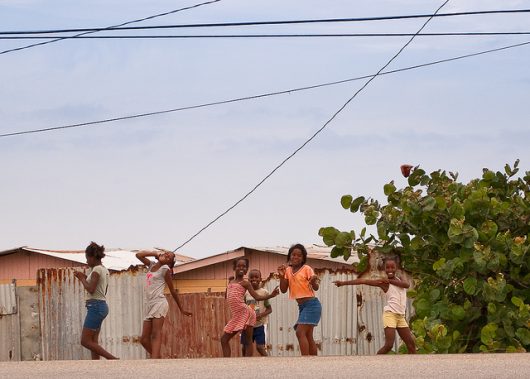 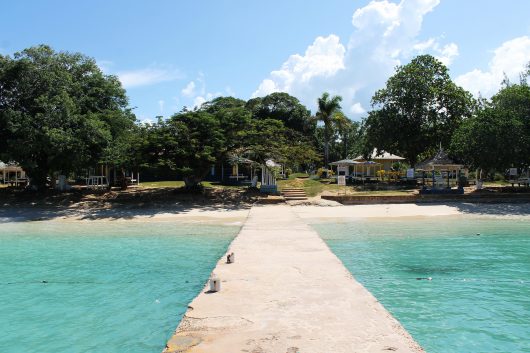 The National Environment and Planning Agency (NEPA) and the Urban Development Corporation (UDC) are mobilizing community-based organizations, clubs and companies to adopt beaches and conduct local beach cleanups in Jamaica.

The Adopt a Beach Program will provide tools for conducting efficient beach cleanups. By promoting clean beaches, it aims to build communities and secure jobs in the tourism sector during the upcoming 2017 fiscal year.

According to Anthony McKenzie, director of NEPA’s Environmental Management and Conservation Division, NEPA and UDC will distribute volunteers across a strip of coastline for the program’s pilot phase.

Jamaica relies on tourism for sustained economic growth and employment, so it is imperative that its beaches be maintained. Tourism employs approximately 200,000 of Jamaica’s 2.8 million people, about 7 percent of the population.

With support from the European Development Fund, new projects have been developed to improve disposal systems in two Jamaican tourist resort towns. These projects will emulate the Adopt a Beach Program, promoting proper waste management and environmentally safe practices.

The management of solid wastes in Jamaica presents serious concerns pertaining to the environment, public health, society and accountability. Many urban households lack the necessary sanitation tools to ensure proper waste disposal, putting groundwater, rivers and marine life at risk. There is also concern over the development of water-borne diseases.

Beaches are often polluted by private waste disposal contractors, but individuals also contribute to the damage. People are being advised to limit disposal of plastic waste in proximity to beaches. The “Trash Free Waters” initiative sponsored by NEPA aims to reduce the use of plastic blags, some of the biggest contributors to waste.

NEPA public relations officer Deleen Powell advised Jamaicans to find alternatives to using plastic bags. According to Powell, several supermarkets and pharmacies are promoting the use of reusable bags.

The Adopt a Beach Program will help reduce marine litter across Jamaica’s coastline and secure tourist investment and job production. 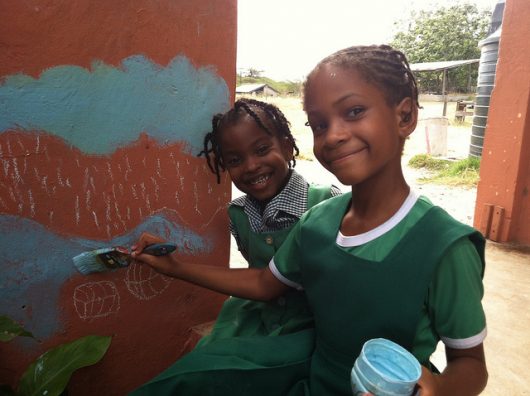 Hunger in Jamaica has improved tremendously among primary and early childhood students with the various programs and strategies implemented by The Program of Advancement through Health and Education (PATH) and the School Feeding Program (SFP).

The Program of Advancement through Health and Education (PATH) enabled by the Government of Jamaica (GOF) continues to play an integral role in providing free lunches for primary school students with the aim of improving the nutrition of vulnerable children and eradicating hunger in Jamaica with Early Childhood students being the target group.

The Hon. Rev Ronald Thwaites in his presentation of the 2015-2016 sectoral debate revealed the aim of the Ministry of Education to expand the breakfast programs in schools initiated to provide free breakfast for 138,000 students inclusive of PATH beneficiaries.

The Ministry assigned J$2.2 billion to this program. The SFP in partnership with the Nutrition Products Limited (NPL) breakfast solutions ensures that all meals are made from local agricultural products.

The NPL has provided breakfast solutions to 12,000 designated children located in Kingston & St Andrew, St Thomas, St Catherine and Clarendon each day. This initiative has helped to reduce hunger in Jamaica among students in Primary level institutions.

The SFP provides additional Nutribun snacks for these students in line with the strategy Ministry of Education to spend approximately 20 percent of the school feeding budget of J$4.6 billion on locally grown products. The Ministry intends to achieve 50 percent in three years.

The Hon. Rev Ronald Thwaites revealed that 40 percent of children lack proper nutrition and another 30 percent experience hunger on a daily basis.

“Providing nutrition in schools is adding value to the lives of our young children and the brightening of their prospects,” said Thwaites. This step towards improving the nutrition of Early Childhood students via proper victuals is a resourceful means by the GOF to improve hunger In Jamaica. 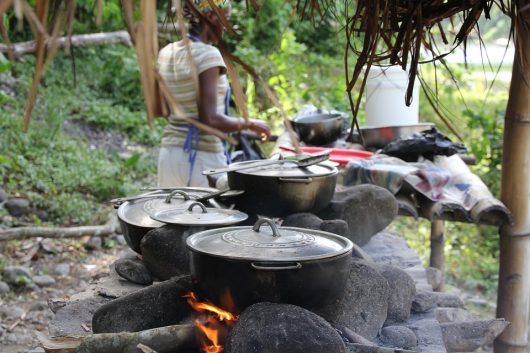 Jamaican reggae singer Bob Marley’s celebrity in the U.S. and openness about his use of marijuana has formed a reputation for Jamaica as being an island where marijuana use and sales are legal. Jamaica is in actuality a very conservative country that prohibits the use and distribution of marijuana.

The growth of marijuana crops, in fact, have steadily declined because of the war on drugs by the U.S. and other competitors, but this has not hindered American travelers from visiting Jamaica in hopes of experiencing the effects of marijuana that Bob Marley openly supported.

Regardless of the decline, Jamaica still has a vast supply of marijuana tourists from the U.S. and all over the world. Jamaica is still the lead smuggler of marijuana into the U.S., which brings a great deal of people into the country to buy weed and explore the cannabis culture in Jamaica.

Many growers are quickly learning that making money off of tourists is quite easy when it includes marijuana. Nine Mile, famous for being the hometown of Bob Marley, offers many different marijuana tours, each of which take relatively large groups of Americans, Germans and Russians through small marijuana farms.

These tours are also common in Negril, Jamaica, and are slowly adapting to become common in places such as Colorado and Washington state, where marijuana has become legalized.

With these tours, average-to-minimum waged locals are able to make a decent chunk of money by letting tourists explore their farms and sample their inventory, often leading many of the tourists to purchase their product.

One Jamaican marijuana farmer dubbed “Breezy” sells his bags of marijuana through the wall-hole of a museum, where marijuana tourists line up and smoke weed, usually just for the sheer novelty that Bob Marley smoked weed on the same island.

One tourist traveling from Minnesota stated, “I can get stronger stuff at home, but there’s something really special about smoking marijuana in Jamaica. I mean, this is the marijuana that inspired Bob Marley.”

The large amount of marijuana tourism that is illegally occurring in Jamaica begs the question of why it hasn’t been legalized.

Marijuana could prove to be a great benefit and a pillar for health tourists. One Jamaican scientist named Henry Lowe, who was a partner in developing a marijuana-based glaucoma treatment, believes that legalizing marijuana could bring in even more tourism than there already is.

By legalizing marijuana, attention and money is estimated to be pulled from gangs and arresting large criminal parties and be refocused on other important matters, such as creating official jobs for those living below the poverty line and helping lower class growers gain a larger following. Overall, the island would benefit and reap massive economic gain by legalizing marijuana and freeing up money.