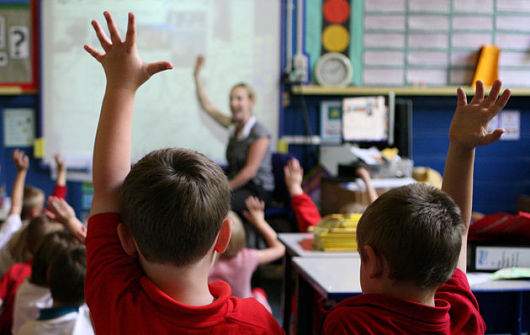 According to a study published earlier this month in JAMA Pediatrics, children who grow up in poverty can be more likely to experience stunted brain development.

Low test scores and poor social interaction at school have been linked to poverty at home in the past, but these findings help provide scientific evidence for the correlation.

The study states that children living below the poverty line demonstrated “systematic structural differences” in their brains when compared to non-poor children.

The study was conducted by researchers from the University of Wisconsin-Madison and Duke University. Tracking around 400 children and young adults between 2001 and 2007, the researchers took a brain scan of the participants every two years. These scans measured the consistency of gray matter in areas of the brain linked to good academic performance.

“It’s only in the last few years that there’s been any systematic research asking about the biological side of the story,” said John Gabrieli, an MIT neuroscientist who’s published similar studies linking poverty with brain development. “We have so much very strong evidence that there’s lots of room for brain plasticity all the way through adulthood.”

The “environmental circumstances of poverty,” as the study puts it, are most likely one the largest factors in limiting children’s brain development. These factors consist of practices and items that help stimulate brain growth, such as books, coloring items, a comfortable bed to sleep in, and someone to read to you.

While not the first study to link poverty with brain development, the JAMA Pediactrics study is the first to fully connect its results. Hopefully this study will open more doors for further research to be conducted on this subject and more progress can be made.