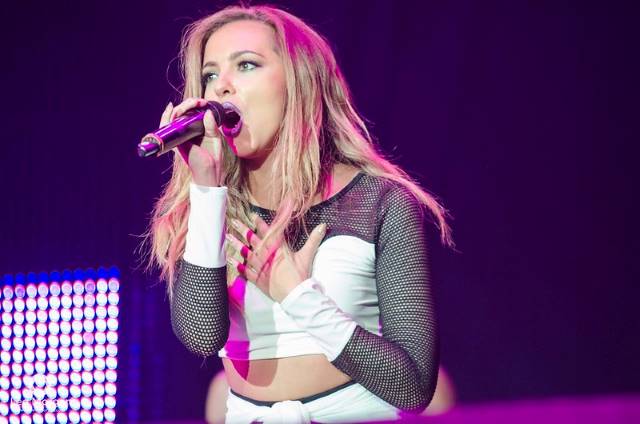 Little Mix singer Jade Thirlwall supports UNICEF in its efforts to address the current crisis in Yemen. Thirlwall’s grandfather is from Yemen. Look to the Stars reports that Thirlwall is honoring her Yemeni heritage by learning about and raising awareness of the country’s war-generated and pandemic-induced challenges. According to UNICEF, Yemen is experiencing the world’s most severe humanitarian crisis. Prolonged war, a failing economy and the decline of various national systems have resulted in 70% of citizens, including 11.3 million children, requiring aid. The country is also nearing famine. As of June 2021, nearly 400,000 children are severely malnourished and 2.3 million children suffer from acute malnutrition. The COVID-19 pandemic has only worsened the crisis by putting more pressure on the struggling healthcare system. UNICEF is committed to giving Yemeni people the help they need.

On March 25, 2021, Thirlwall did a video interview with 17-year-old Somaya from Yemen. Somaya discussed her life as a young person born and raised in Sana’a, Yemen’s largest city. However, when the war began, Somaya’s family moved toward safety to the temporary capital of Yemen, Aden. Thirwall reminisced about how her grandfather used to cook Yemeni food and talk about life in Yemen. When Thirwall lost her grandfather at 13, she also lost touch with her Yemeni heritage, which her grandfather had always encouraged her to honor.

During the interview, Thirlwall asked Somaya about her education. Somaya replied, “I’m lucky to have the opportunity to go to school, but unfortunately, other girls don’t.” UNICEF reports that the main barrier to education for children in Yemen is scarce funding for teacher salaries. For more than two years, Yemen could not pay nearly 75% of public school teachers in about half of Yemen’s governorates. This significantly impacted the education of 3.7 million children in those areas. However, through continuous advocacy, UNICEF has now raised $70 million to pay teachers and other school employees in Yemen in order for education to continue.

As part of the same interview, Thirlwall also spoke with Malak Shaher, an advocacy specialist for UNICEF in Yemen. Shaher tells Thirwall that nearly two-thirds of the country’s 30 million people are children. Furthermore, two-thirds of those children need humanitarian assistance in order to access schooling, healthcare and clean water. Shaher shared a story of a young girl who had to stop going to school for two years because of sanitation issues in her community. Thanks to UNICEF’s support, the girl’s community now has clean water, which has enabled her and other children to return to school. Thirwall stresses the need for access to education. It is “relentless” for children to miss out on schooling due to war, the pandemic and other obstacles, she says.

The humanitarian need in Yemen is significant, but thanks to the advocacy of celebrities like Thirwall raising awareness on the issue, more people are paying attention. UNICEF states that it needs $508.8 million to help Yemen recover in 2021. More than 70% of the funds are needed for water and sanitation, healthcare and food. As Thirlwall supports UNICEF in its efforts to address Yemen’s humanitarian crisis, others may be encouraged to do the same.