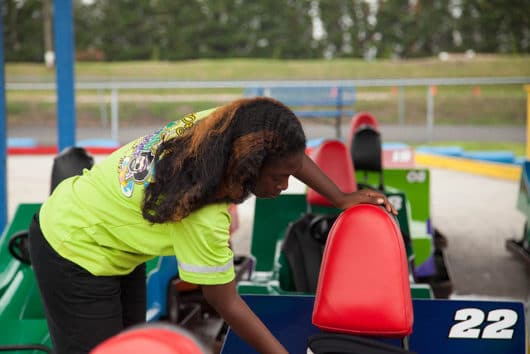 When universities go on break for the summer, college students from the United States usually go on vacations, travel or rest. Many students from the rest of the world travel as well, but they have other various options. For example, the students can come to the United States on visas that allow them to work in the country for three to four months during their break from university.

The program that allows students to come and work in the U.S is called the Summer Work and Travel Program. This program is under the broader J-1 visa category. Initially introduced as a cultural exchange program, it started in 1961 with the Mutual Educational and Cultural Exchange Act. The J-1 type visa exchange is meant to encourage the “the interchange of persons, knowledge, and skills, in the fields of education, arts and science.” Over the last 10 years, over 310,000 individuals from 200 countries have visited the U.S. through the program.

What the Program Means for Participants

The students who choose to participate in the program are really serious about it. It requires a good deal of dedication to the process, some serious preparation and a considerable investment of funds to be able to apply for a visa. The requirements that participants need to meet include English language proficiency, full-time enrollment in a post-secondary educational institution and a secured job offer prior to traveling.

Toni Kovachev is a student from Bulgaria who has been to the United States three times as a J-1 participant. “Working in the states can be described as exhausting but having a lot of fun at the same time,” Kovachev shares with The Borgen Project. The decision to participate in the program came with his choice of a higher education institution.

Kovachev needed to find the means to be able to attend the American University in Bulgaria, a private liberal arts college, and the Summer Work and Travel Program made that possible. During his time in the U.S., he has been able to earn enough money for his tuition and improve his English language skills. Kovachev says, “It was a choice that changed my life and I am so glad that it happened that I went three summers already.”

The Summer Work and Travel program is an opportunity for international students to share their culture with different people and experience U.S. society and culture. These exchange of ideas, stories and ways of life are enriching for both sides. Being exposed to people from different backgrounds generates respect, understanding and tolerance towards others.

How the U.S. Benefits From Summer Work an Travel Program

Over the last two years, the program has been under scrutiny and criticism. The disapproval comes from the fear that visitors take job opportunities away from American youth. But these criticisms are misguided. J-1 students supplement the local economy during seasonal peak times or when American workers are not available. They help businesses to be more productive by being able to offer more and better services.

The students who obtain their visas to work in the U.S. for the summer usually occupy seasonal jobs in the hospitality sector. The majority of them are concentrated in the Southeast of the U.S. with Massachusetts and New York hosting the most J-1 students. Martha’s Vineyard, Provincetown and Nantucket experience an influx of visitors and tourists over the summer. Without international students cleaning hotel rooms, busing tables in restaurants and restocking supermarkets, businesses in those places would not be able to keep it up.

The program is beneficial for both the countries of origin of the J-1 students as well as the United States. A report commissioned by the Alliance for International Exchange shows that the majority of participants come to the U.S. to experience and learn about the way of life that then results in their positive opinion regarding the United States.

Almost all students reported that they believe they have obtained skills that would help them in the future. To add to that, 92.1 percent of employers agreed that the Summer Work and Travel Program participants improved the workplace. The estimated contribution of J-1 students to the economy in 2016 was around $509 million.