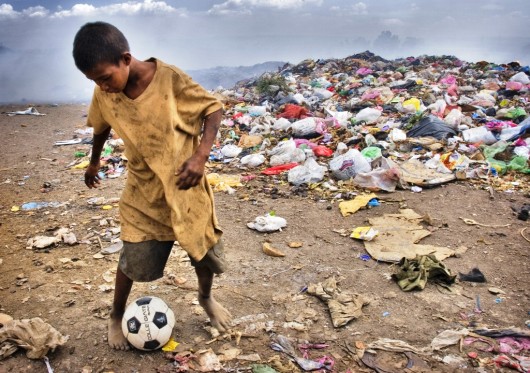 Due to a lack of investment in recycling infrastructure and an insufficiently trained workforce, most of the 42 million metric tons of e-waste generated in 2014 were discarded into open dumpsites.

This is according to the new report by the International Solid Waste Association (ISWA), “Waste health: The tragic case of dumpsites.”

The report, in which 373 toxic waste sites in India, Indonesia and the Philippines were analyzed, declared open dumpsites as a global health emergency affecting millions of people in developing countries who already lack sufficient sanitation infrastructure.

Results indicated that problems regarding open dump sites are still widespread in developing countries today, 40 years after such issues were originally developed.

On top of the existing concerns, the developing world is seeing an unparalleled rise in the unregulated dumping of discarded electronics and medical waste.

Overall, 40 percent of the world’s waste goes to open dumpsites, and the 50 largest sites affect 64 million people globally. The uncontrolled burning of the waste, which causes gases and toxins to be released into the air, is a substantial threat to human life.

Open dump sites also cause financial burdens, as their overall cost is in the tens of billions of dollars.

According to the report, almost nine million people are at risk of being exposed to lead, asbestos and other hazardous materials from the open dumpsites analyzed. Additionally, it was revealed that those open sites have a bigger impact on life expectancy than malaria.

Malaria causes a combined loss of 725,000 healthy years in India, Indonesia and the Philippines, whereas exposure to hazardous materials from open dumpsites is estimated to cause a loss of 829,000 healthy years.

As a result of the report, several officials called for a global alliance to address the problem of open dumpsites.

“The recommendations of this report are clear: the international community has an urgent task ahead in closing waste dumps globally, for the sake of populations affected by them because they live in or near them, but also because all the world’s people are breathing in the toxins released by burning on open dumps,” David Newman, the president of the ISWA, said in the foreword of the report.