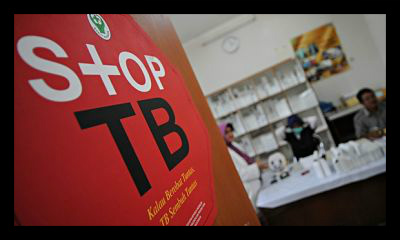 In 2013, five percent of global tuberculosis cases were known as multi-drug resistant tuberculosis. MDR TB is a form of tuberculosis that does not respond to the standard first-line drugs of Isoniazid and Rifampicin, which are used to treat TB.

Multi-drug resistant tuberculosis is on the rise around the world. There are 27 high MDR TB burden countries. A large majority of these are also high burden countries for regular TB as well. MDR TB rates are extremely high in Eastern Europe, where as many as 28 percent of new TB cases are MDR. Two countries, India and China, carry the most incidences of MDR TB.

Multi-drug resistant tuberculosis is a man-made problem created by inadequate or improper administration of TB drugs. Because of the length of treatment required for TB, improper drug use is common. As patients start to feel better, they stop taking their medication. The TB bacteria are still not eradicated from the body so the TB builds resistance to the first-line drugs that the patient has already taken. When the patients fall ill again, their TB strain will not only not respond to first line drugs, it will be highly contagious.

Weak TB control programs at the country-level contribute to drug resistance because they allow for improper TB treatment. Because of the risk that patients will not finish the TB treatment cycle, TB control programs are designed to create a system of observation by health professionals that insures proper treatment. However, countries with low health infrastructure and limited resources cannot follow the progress of every TB patient.

A growing concern is not the new instances of MDR TB cases but the infectiousness of the people who already have it. Because TB disproportionately affects the poor, who live in crowded, unsanitary conditions, the threat of contagion is much greater. This is especially true in high-burden countries like India and China, where the living conditions of the poor are extremely crowded.

The treatment for MDR TB is extremely expensive and much harder to access. The treatment cycle can last upward of two years and includes a daily injection for a period of six months, increasing the risk of patients not finishing the treatment even more than regular TB treatment. Patients who do not finish treatment create resistance to the second-line drugs.

A new phenomenon emerging is an extremely drug resistant, or XDR, strain of TB. XDR TB cases only make up five percent of MDR TB cases. XDR TB is resistant to any fluoroquinolon, at least one of three second-line drugs and both first-line drugs. Research and infrastructure dealing directly with XDR TB are very limited and resource consuming. For least-developed and developing countries with limited medical resources, XDR TB is almost impossible to treat.