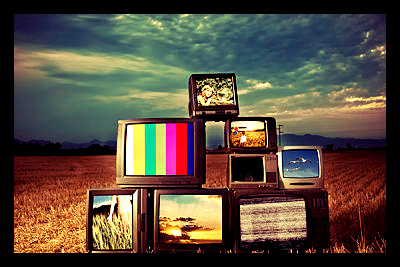 The American public’s concern for international affairs is dwindling, according to a recent survey by the Pew Research. One reason why Americans don’t care is because they aren’t informed. In general, Americans are uninformed about the world because the American news media report so little about international news. Another reason is that domestic problems like soaring unemployment overshadow world news.

Network news from ABC, NBC and CBS are the main sources of international news for over 23 million Americans. These three networks broadcast about 22 minutes of news every weekday evening. Coverage of foreign affairs on the three network newscasts only accounted for 13 percent of the total news. PBS devotes about 23% of its news to international coverage – but public TV viewership is far lower than the three major networks.

In a speech done in 2008, Public Radio International’s CEO, Alisa Miller, noted that news networks have reduced the number of their foreign bureaus by half. Aside from one-person ABC mini-bureaus in Nairobi, New Delhi and Mumbai, there are no network news bureaus in all of Africa, India or South America — places that are home to more than two billion people. The reality, Miller said, is that covering Britney Spears is cheaper.

A recent New York Times and CBS news poll revealed that 4 in 10 Americans cited the economy and jobs as the country’s most important problems, while only 1 percent named foreign policy. In 2011, a Pew research found that 52% of Americans said that the U.S. “should deal with its own problems and let other countries deal with their own problems as best they can.” Some argue that this current isolationist sentiment is the strongest observed over the past five decades since World War II.

Despite the fluctuations in popular opinion regarding international involvement, there are some public concerns that have been consistent in Post Cold War America, both before and after the 9/11 attacks:

1. Protect the U.S. from terrorist attacks.

2. Prevent the spread of weapons of mass destruction.

In a research paper written by Alisha Laventure, a journalist for one of NBC’s local news networks, Laventure wrote, “every day, millions of men, women and children living in the Third World become victims of famine, disease and corrupt governments, yet citizens of wealthier nations live their lives oblivious to such privation. When the news fails to mention the gross inequalities of our world, then for millions, it is as if such inequality does not exist. In this context, television news serves as a window to the world. Every evening, millions of Americans gather in front of their television sets to watch the news, trusting that the person on the screen  is informing them of the most noteworthy and urgent occurrences in our world. Third World poverty is of such import. Regrettably, America‘s television news coverage of international affairs has dropped significantly since 1990. This downward trend in coverage renders Americans increasingly ignorant of the condition of poverty beyond their borders.”

A Media and Public Opinion Post survey conducted this year asked respondents what they thought about the coverage of international news. 53 percent, or over half, said there should be more of it.