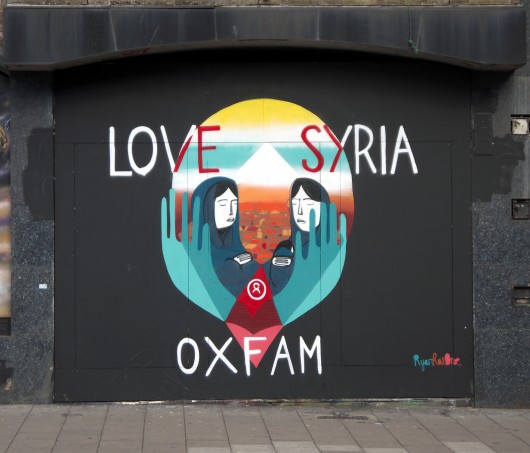 Syrian towns are lacking healthcare services. The Islamic State’s rules make the situation worse with the segregation of the genders and having to treat fighters before civilians.

The Islamic State (IS) has convinced thousands of foreign fighters and their families to flee to Syria where they will build a great place for them to live. Syrians in IS-controlled cities like Raqqa, believe they’re providing basic governance despite the civil war. IS has done a pretty good job with their recruiting efforts and getting funds through oil sales, taxes and extortions to continue their fight and gain more control.

Syrians, however, are in serious need of better healthcare services, especially women, to avoid a potential HIV/AIDS outbreak. Syrians feel that their health care was better under President Bashar al-Assad’s regime, which covered most medical costs. Now, hospitals are charging and medications are hard to come by in pharmacies.

The IS hospitals are pretty limited given that they can’t do complex surgeries and procedures or treat cancer patients. As a result, Syrians are going to regime-controlled areas for medications and for complex procedures. The trip is worth it given the price disparity, for example, with a blood test that costs $10 at a public hospital and $20 at a private clinic.

The biggest problem is IS’s gender rules that hurt more women than men, especially in the case of emergencies. A woman cannot be seen by a man unless the husband and son are present. This problem is magnified during airstrikes by the Assad regime or U.S. led coalition forces. Fortunately, on one night, the IS let go of its gender rules.

The hospitals are already understaffed and supplemented by volunteer foreign doctors, Arab and Western, who lack experience with war-zone injuries. Fortunately, for the people of Raqqa, the IS hospitals are better equipped than rebel-controlled territories.

There is, however, a potential HIV/AID outbreak in the region. According to the activist group, Raqqa is Being Slaughtered Silently, various factors are contributing to this. Among them are blood transfusions without adequate screening, foreign and local fighters injecting drugs, short-term marriages, and high turnover of partners. Under the Assad regime, everyone would check for HIV/AIDS before marriage. Due to the threat, IS is bringing equipment from Mosul, Iraq, where they have a strong base.

Fortunately, for the people of Raqqa, the IS is responding to the need of abandoning gender rules during airstrikes and getting necessary equipment, but more needs to be done so these people can live peaceful, stable lives.