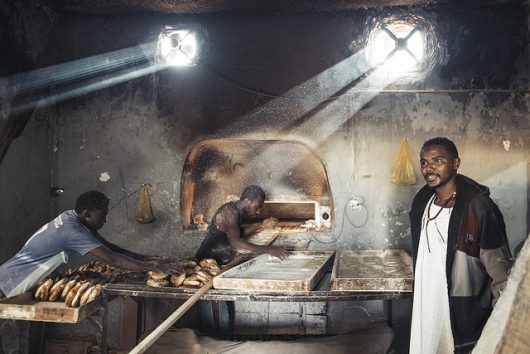 Microfinance has become a crucial poverty-alleviating tool over the years, as it provides small loans to impoverished people lacking access to traditional financial services. Across the globe, microfinance institutions work towards tackling poverty and aiding poor people to develop their small businesses, which later can provide them with a regular income and give them the ability to sustain themselves. Those financial services are meant to target poor borrowers who have no collateral and would not otherwise qualify for a standard bank loan.

However, one of the challenges faced by Microfinance institutions is providing Microfinance services to Muslim countries under sharia or Islamic law, which limits the amount of interest that can be charged on loans. Therefore, a vast majority of Muslims refuse using traditional microfinance services because they are not sharia-compliant, meaning they are not in line with sharia law. This has led to the creation of Islamic microfinance, which is slowly gaining recognition among Muslim communities for reducing poverty and promoting business development.

Islamic microfinance in Sudan has become a government-mandated rule, due to their banking system being fully Islamic. Some of the applied sharia principles include risk-sharing, leasing and interest-free “loans.” Since 2006, the Sudanese banking sector has experienced the implementation of 10 microfinance institutions, the establishment of microfinance “windows” in 12 banks and the creation of “micro” products available for poor clients in five insurance companies. All of these new innovations have led to positive outcomes within the Islamic economy.

One of the positive effects of Islamic microfinance is improving financial inclusion for small farmers in Sudan. In 2010, the World Food Program partnered with microfinance institutions to launch an initiative that linked 3,000 farmers to markets and sources of financing in three Sudanese states. Two years later, this program has increased its influence to nine states, which has helped a total of 150,000 farmers.

Islamic microfinance in Sudan has led to many successes for the Sudanese community and Muslim states in general. Some of the benefits include economic growth, poverty reduction and better financial inclusion for those deprived of financial services. Not only does it enable the development of small businesses for the poor, but it also helps meet the needs of Muslim communities who refuse to use conventional financial services for religious reasons. Islamic microfinance still has a long way to go, as it has not yet reached enough Muslim communities. For example, in Sudan, only eight percent of the total population – estimated at 7.2 million – is benefiting from sharia-compliant financial services. However, since it increased its reach dramatically in such a short span of time, this brings hope for the improved success of Islamic microfinance in the near future.