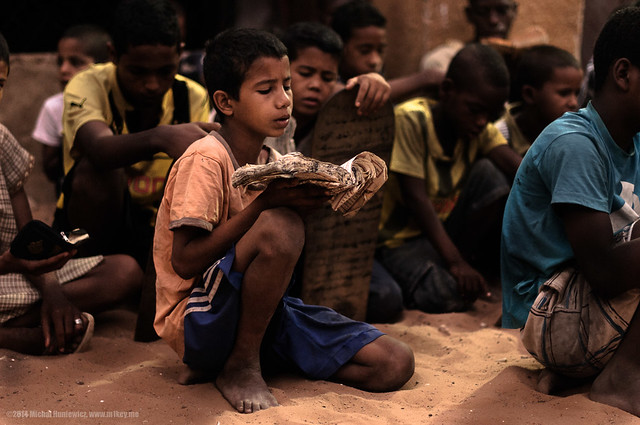 The common problems many impoverished countries face include high unemployment, food insecurity, violence and political turmoil, all of which cause great suffering. These issues can sometimes make individuals more likely to adopt extremist views.

In Mauritania, unemployment is high, particularly for the youth with approximately 18.6 percent of 15 to 24-year-olds unemployed. Combined with poverty and a disconnect from political and civic life, this creates a population of young people who feel disillusioned by the options available to them. These individuals may then look for alternative and sometimes extreme methods through which they can exhibit their frustrations.

A majority of the Islamic jihadists in Mauritania are middle or low-income people, the majority of whom are below the age of thirty. Underemployment and delinquency are two additional factors common in the experiences of these individuals.

Another contributing factor to radicalization in Mauritania is ethno-racial tension. Conflicts between Arab and black Africans go back as far as the 1960s with the government giving preference to the Arab population. For example, when Arab leaders gained control of the nation’s education system, they reformed the system according to their values and mostly excluded black Africans from administrative positions.

Black Africans are also excluded more generally from society. Even those who have assimilated to the Arab culture are more likely to be illiterate, viewed as second-class citizens and sometimes denied basic rights. In combination with the poverty that many black Africans face, these genuine grievances contribute to the appeal of extremist views.

Additionally, it is important to note that much of what Islamic extremists are protesting – authoritarianism, torture, corruption and Mauritania’s relationship with the West – are genuine grievances. While extremism is never tolerable, the presence of these significant problems will continue to create a context in which extremist ideas are considered attractive.

The government’s efforts to combat terrorism have included arrests, raids, strengthening border control, improving military and intelligence capabilities and cooperating with the United States. While this is an important part of reducing the threat of terrorism, it is also important to implement programs and policies intended to prevent radicalization in Mauritania.

In 2015, the Ministry of Youth and Sport and UNDP created the National Strategy for Youth and Sport to encourage youth participation in society as a method for preventing radicalization. A youth center in the city of Nouakchott began providing opportunities for young people to discuss the problems as well as their aspirations for the future. Young people also participate in educational programming that teaches them important skills for employment. Discussion forums hosted by the center help train young people to recognize and resist extremist rhetoric and give them the tools to engage in productive dialogue in their communities.

One high school student indicated that her goal is to become a surgeon, but without the support of the youth center, she wouldn’t be prepared for this level of education. Another student expressed the desire to become a teacher and noted that he was “struck by the ignorance that still exists in poor suburbs, and by the lack of teachers in rural areas.” His hope was to be able to help by teaching in those communities.

Another participant noted that being unemployed and religious, he had been “tempted in the past by extremist ideas because of intense frustration,” but the center steered him away from radicalization through training sessions and debates. Over time, he recognized that he had a place in society and began to feel less disillusioned. Centers like the one in Nouakchott are essential for preventing extremism amongst Mauritania’s youth by providing an opportunity to engage in dialogue as well as prepare for a successful future.

UNDP is also working with the government to create other projects aimed at fighting radicalization in Mauritania. It is focused on tackling the root causes. Starting with the youth is important, but based on the contributions poverty and ethno-racial tensions play in promoting extremism, these issues also need to be addressed more fully in counter-terrorism efforts.

Moving forward, extremism needs to be more fully recognized as a product of poverty and inequality. Efforts to decrease radicalization in Mauritania, therefore, should focus on decreasing poverty more broadly as well as promoting human rights for all Mauritanians. Only through a multi-faceted approach that seeks to tackle the factors contributing to extremism in the nation will fighting radicalization in Mauritania become truly successful.