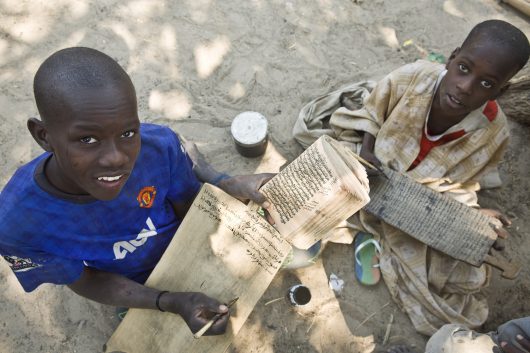 Although most know of the atrocities committed by ISIS and the millions of displaced refugees throughout The Middle East and Europe, mainstream media has very much undercovered the Sub-Saharan terrorist group, Boko Haram. Consequently, very few are aware of an equally saddening Nigerian refugee crisis and the need for foreign aid.

Boko Haram is an Islamic extremist group based in northeastern Nigeria that has allied itself with ISIS. Although an extreme religious group, it has targeted Christians and Muslims alike, rebelling against the Nigerian government to form an Islamist state.

Since 2009, the group has killed more than 20,000 and displaced more than 2.3 million, of whom 1.3 million are children. In 2014 alone, the group killed more than 6,600 and abducted 276 schoolgirls from Chibok, Nigeria. In 2015, The Global Terrorism Index named Boko Haram the world’s deadliest terror group, ahead of ISIS. Just under 2 million have been displaced in Nigeria so far, according to the UNHCR.

Unlike Syrian refugees, who have escaped to countries with reasonable resources and social benefits, Nigerians are surrounded by countries with much less wealth. With so much less news coverage, western citizens are also less likely to contribute to this cause.

Here are 10 facts about Nigerian refugees:

As the U.S. focuses on its own refugee crisis from South America and Europe focuses on a primary stream of refugees from the Syrian/Iraqi region, it will be difficult to find financially capable nations to help Nigerian refugee crisis. As for countering Boko Haram, mainly Niger, Nigeria, Chad, Benin and Cameroon are actively fighting the terror group.

If not militarily, perhaps the western world may consider helping refugees by welcoming them into its own societies or sending money to refugee camps. China, which has pledged $60 billion to invest in Africa, may also want to secure its investment and social standing by aiding refugees and the Nigerian government.