Tag Archive for: Investment in Education 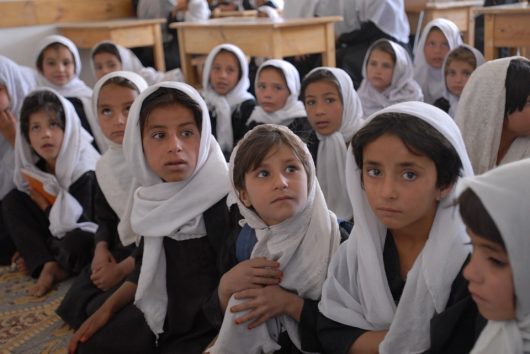 10 Reasons to Invest in Education for Women 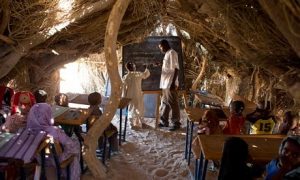 Celebrating Global Action Week for Education from April 24-30th, EFA Global Monitoring Report’s analysis showed a gradual increase in the world’s aid to education from 2002 to 2014. However, a closer look reveals a four percent drop between 2013 and 2014. Amid the atmosphere of optimism in the transition from the Millennium Development to the Sustainable Development Goals, this discovery provides a realistic reminder of what challenges lie ahead.

The fourth agenda of the Sustainable Development Goals aims to “ensure inclusive and equitable quality education and promote lifelong learning opportunities for all.” This includes ensuring “that all girls and boys complete free, equitable and quality primary and secondary education” by 2030.

According to the Education for All Global Monitoring Report, this would require an annual total cost averaging $340 billion between 2015 and 2030 for low and lower income countries, more than double the amount previously estimated. The cost will more than triple in low income countries. This is mainly due to population growth and lower GDP per capita in developing countries.

In this context, the decline in aid to education seems alarming. Four of the main donors, France, Japan, Netherlands and Canada decreased their support due to domestic austerity measures while facing economic depression. The Netherlands, for one, cut their aid by over a third in 2011. As Pauline Rose, director of the Education for All Global Monitoring Report, said, “it is essential that donors maintain their funding, and make sure it is reaching the countries—and children—most in need.”

Furthermore, analysis shows the steepest drop in aid to education in Sub-Saharan Africa, where half of the world’s out of school children reside.  Of the “57 million out-of-school children of primary age, almost half (49 percent) will probably never enter school. A further 23 percent have attended school but dropped out, and the remaining 28 percent are expected to enter school in the future.”

Precedence in the region suggests that this drop is not a one-time occurrence but part of a continuing stagnation. The educational progress of this region has been closely related to economic growth. In periods of steady growth of an annual one to two percent per capita, more resources were allocated to education although the school age population had actually increased. This implies that a long-term solution must include investment in local businesses and infrastructure, in addition to education itself. 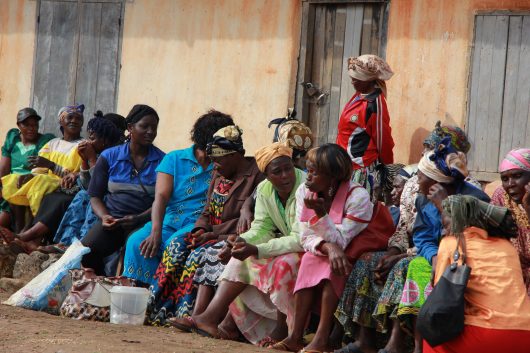 A recent trend in propositions to combat poverty in Cameroon has been to create more technical schools and training programs that will tailor education to more specific job fields. By so doing, recent graduates may find work as soon as they finish their education.

Like many African nations, Cameroon has a considerable number of natural resources and an untapped population of over 23 million people. The stagnation of economic potential has contributed heavily to increasing levels of national poverty in Cameroon.

Cameroon’s youth demographic consists of half of the population, thus representing a growing labor force that is a potential asset to the global market. However, the nation’s tertiary education system continues to emphasize traditional academic disciplines, leaving students unprepared to respond to economic change.

About 43 percent of Cameroon’s population has an incomplete or no formal education, and 67 percent of the working-age population has received no additional training at all. Unemployment is vastly higher among youth as compared to older demographics across all levels and types of education.

According to Cameroon’s Growth and Employment Strategic Paper, the government has proposed an investment program that essentially states the government will work closely with private industries that have the potential for significant growth and job creation. Such areas include tourism, communication technologies and infrastructure. Investments like these will hopefully boost the impact of human resources on the development of these industries’ productivity.

However, only so much can be done with the current number of schools in Cameroon. There are only two engineering and technology universities and two agriculture universities located in Buea (South West Cameroon) and Dschang (Western Cameroon).

This lack of availability of educational facilities not only hurts the economy, it is also detrimental to the nation’s healthcare system. The disease is a high contributor to death and poverty in Cameroon. In 2013, more than 10,000 people were diagnosed with malaria in the town of Maroua alone. Local newspapers estimated that about 1,000 people died as a result of the disease.

Furthermore, it is estimated there are two doctors for every 10,000 people in Cameroon. Many medical cases are handled by individuals who have inadequate medical training. With such a shortage of medical professionals, the accessibility of a medical education is prudent to maintaining and increasing economic development, which will help alleviate poverty in Cameroon.

Adequate funding is lacking to improve the healthcare situation, wherein 2014 there were an estimated 657,000 people with HIV/AIDS.

Cameroon has great potential; however, poverty still affects 40 percent of the population. Cameroon is looking to improve the status quo by creating more engineering, technology and medical schools to help future generations escape the cycle of poverty.