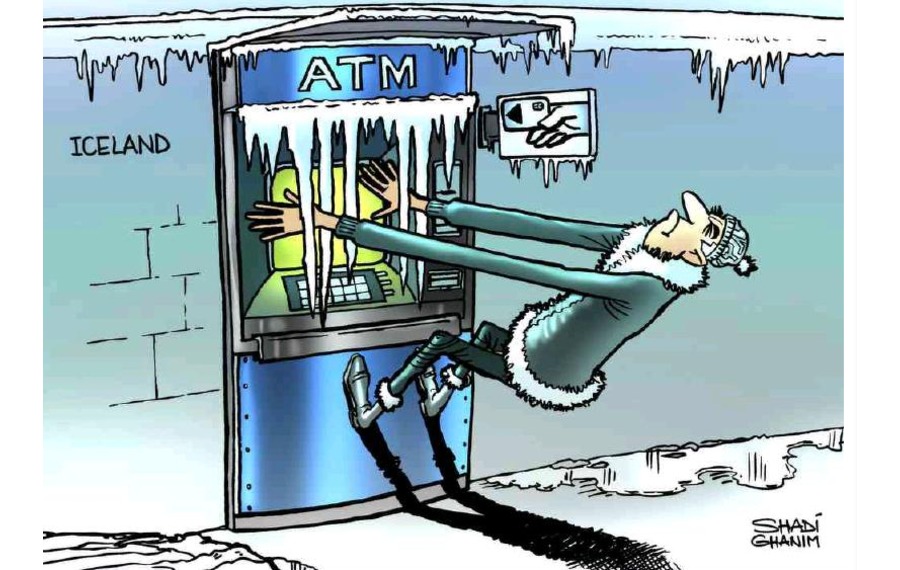 During the financial crisis seven years ago, while many countries were struggling to stay afloat, Iceland was already at the bottom of the sea. A tiny country with a population of only 320,000, Iceland experienced near-total bank failure in the span of three days and a 95% decrease in stock. While monetary policies in the United States and Europe let large amounts of cash flow into the economy, Iceland let enormous amounts of dollars flow through. When the Icelandic krona crashed in 2008, the country’s three biggest banks had amassed wealth more than 10 times the country’s Gross Domestic Product (GDP). As a result of this “loose money” policy, 85% of the economy tanked. The lack of cash flow regulation in the economy led to its downfall and hindered the rebuilding process.

Iceland’s attempts at becoming an international banking powerhouse also factored into its demise. With very high interest rates, international investors could borrow dollars at 5%, exchange them for krona, and buy Icelandic stock at 9% interest. They would profit off the difference in interest rates. Without any governmental controls on the flow of money, all cash could have exited the country, further depressing the economy. However, with help from the International Monetary Fund, the Icelandic government began to impose strict capital controls, barring krona from leaving the country or residents from buying foreign currency or international stock. In the years immediately following the crash, the government raised taxes and provided debt relief to mortgage holders, but not to social services.

It also did something most developed countries have failed to do: jail bankers.

International hedge funds purchased claims for pennies at the height of the crash. Once financial recovery started, their assets grew, giving them a large share of power over the financial system. Due to continued cash control policy, this control affected the lives of Iceland’s residents as well. Residents were especially limited in the amount of foreign cash they could spend, which became a problem when traveling abroad or investing in international stock. “You have a feeling that there’s a system watching you and telling you what you can do with your money,” noted Gudmundur Kristjansson, a fisherman.

However, cash flow restriction and the devaluation that resulted posed some benefits for the economy as well. Exports became cheaper and imports more expensive, allowing residents to produce more goods rather than depend on foreign manufacturers. Devaluation caused wages to fall, so unemployment did not reach the soaring heights it did in Europe. Tourism increased as more people began to travel to Iceland for its cheap prices and its currency independence from less developed European countries.

However, the bars that once held Iceland in restricted success must soon be lifted. “We are enjoying the longest sustainable growth period in recent history,” commented Minister of Finance Bjarni Benediktsson, but cited lacking international investment and competing foreign companies as reasons for lifting the restrictions that helped foster the country’s success for so many years. “[Such controls] are not a sustainable situation for an economy,” said Prime Minister David Gunnlaugsson.

Today, unemployment in Iceland is at 4%, GDP is expected to grow by 4.1% in 2015, and tourism is a flourishing industry. Despite the uncertain future of the country’s economy, it is certainly faring better than other European countries that suffered under the crash. For Greece, whose citizens voted against a deal with creditors and potentially face a future of exiting the Eurozone and financial security, tight monetary restrictions would not be a likely solution. It has a population of 11 million to Iceland’s 320,000, and a GDP 16 times that of the tiny island. When Iceland was preventing its people from spending money, Greece was throwing it around in all directions. Yet Iceland serves as an example of how unorthodox financial practices—controlling the cash flow, granting influence to international hedge funds—can unfreeze a nation and help it rebuild. Restoring a country to financial security is a process of understanding its government, citizens and industries. For Greece and other struggling countries, it will be a struggle, but not a failure.

On August 4, President Obama will welcome leaders from across the African continent to Washington, D.C. for a U.S.-Africa summit. The intercontinental meeting will run until the 6th and will feature a series of events that highlight America’s commitment to trade with new African democracies.

The summit will feature a theme of investment in the next generation.

Obama invited all heads of states in good standing with the United States. Egypt was extended a late invitation. An invitation was also extended to the African Union Chairperson, Mohamed Ould Abdel Aziz.

The summit will begin on Monday with five Signature Events:

Civil Society Forum Signature Event:
The Civil Society Forum is to be hosted by Secretary of State John Kerry and will unite governmental leaders from the U.S. and all over Africa, as well as members of respective civil societies. The event will be split into three separate sections: an intercontinental dialogue, a keynote address and a Global Town Hall, which Kerry himself will moderate.

Investing in Health: Investing in Africa’s Future:
This signature event will unite government officials from both continents, as well as Ministers of Health and senior health policy makers to envision a future of interrelated U.S. and African health policies.

Resilience and Food Security in a Changing Climate:
U.S. and African leaders will focus on food security and climate change. They will discuss ways in which poorer African countries can negate the impact of the global climate crisis.

Combating Wildlife Trafficking:
This signature event will unite leaders and see them strategize ways in which they can involve the youth in curbing poaching.

Day two will have the U.S. Department of Commerce and the Bloomberg Philanthropies co-host a U.S.-African Business forum. The purpose of the forum is to strengthen financial ties between the continents. As the name suggests, it places a special importance on engaging the American private sector with the African private sector.

On the final day, President Obama will meet with a number of African leaders in events all aimed at attracting youth to African politics. 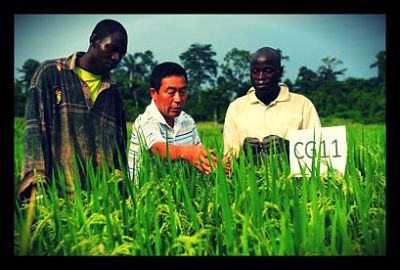 Schools. Roads. Hospitals. For Westerners contributing to foreign aid in Africa, these elements of infrastructure may seem like opportunities for foreign aid to meet basic needs. For China, however, these are strategic investments in Africa’s potential for bilateral trade.

Over the last twenty years, China has dramatically increased foreign aid to Africa. According to the Center for Strategic and International Studies, China increased funding for aid from $5.6 billion in 1990 to $21.8 billion in 2007. In 2009, China disbursed around $1.4 billion in aid to Africa alone.

Experts say that China’s increasing presence on the African continent is a strategic move to gain access to vast natural resources. For example, China has invested more than $400 million dollars in Zambia alone, where coal mines have provided both employment opportunities and resources. Similar contracts have been made with the Democratic Republic of the Congo, which would heavily benefit Chinese railway and mining companies.

While Western foreign aid often addresses basic needs like food, water, shelter, and health, Chinese aid has provided funding for projects that Western aid agencies are reluctant to give money to infrastructure and local projects. Whereas foreign aid from the United States is often accompanied by economic and political conditions, Chinese aid is given without any strings attached.

Much of China’s aid also addresses education, setting the stage for an industrial and manufacturing based Africa. Last year former Chinese President Hu Jintao announced that over the next three years, an “African Talents Program” would offer 18,000 scholarships to Chinese universities and train 30,000 Africans in a number of sectors.

China’s full aid volume remains unclear, as the Chinese government considers this amount a state secret, lack of transparency that stands in harsh contrast with Western aid agencies. Furthermore, much of the aid provided is in the form of loans. Carol Lancaster, the fellow at the Center for Global Development, writes that the pressing question for many is this: “Will Chinese aid discourage needed economic and political reforms in African countries?”

However, for those who are treated at the China-Zambia Friendship Hospital in Lusaka, Zambia, one of a number of Chinese projects in key African countries, aid is aid and needs are being met. As for the education programs, assistant dean at Tsinghua University Meng Bo says, the biggest impact is hoped to be for students from politically unstable countries like Somalia. “We believe in the long run [alumni] will all contribute to different academic and professional relations between the two countries.”

According to Lin Jing, Counselor of the African Department at the Chinese Ministry of Foreign Affairs, China’s relationship with Africa is not just economic, but “that of moral obligation.” China’s soft power may present a challenge to the Western world, but China’s increasing influence through aid is an opportunity for East-West collaboration to address global poverty and underdevelopment in Africa. 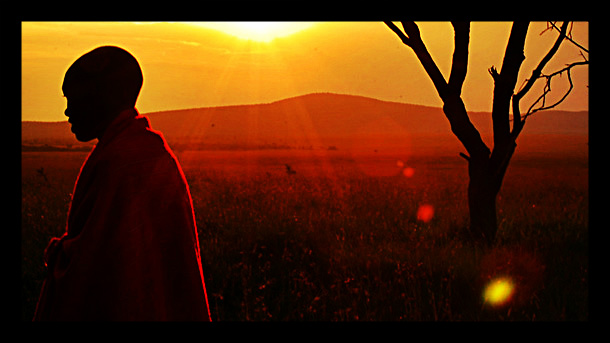