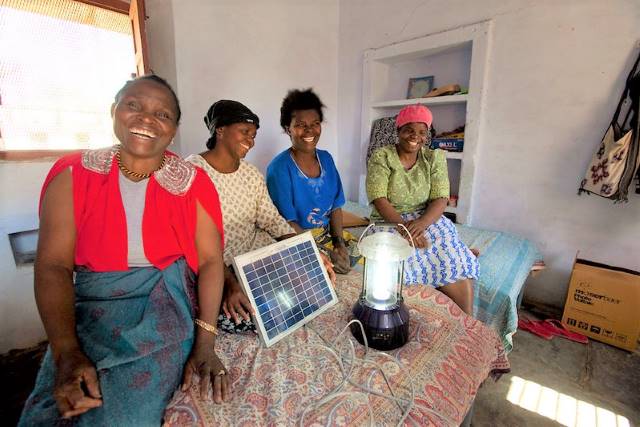 On March 11, 2021, the World Bank approved $22.5 million of funding for the Regional Off-Grid Electricity Access Project (ROGEAP) in the Sahel region of Africa. This region is one of the most impoverished areas in the world and few residents have access to electricity. However, the funding expects to increase electricity access in the Sahel by turning to a new source of energy — solar power.

The Sahel region stretches across the Sahara desert and includes the countries of Ghana, Mali, Burkina Faso, Niger and Chad, among others. Besides having arid climates, the common denominator for countries in the Sahel region is poverty. None of the countries mentioned above have a GDP per capita of more than $3,000, and with this lack of capital, comes a lack of electricity access. Furthermore, approximately 50% of the 340 million people living in the Sahel region do not have access to electricity, representing one of the lowest modern electricity consumption rates for any region on Earth. Insufficient generation, high petroleum prices and lack of financing for large electricity grids have all contributed to the area’s low connectivity.

This lack of electricity access in the Sahel has had destructive physical and economic effects on regional residents. Several public health centers lack sufficient energy generation, which puts the lives of patients requiring electricity for survival at great risk. Furthermore, rural areas of the Sahel often lack any electricity, forcing residents to use firewood in traditional stoves for cooking, which has led to adverse health effects from smoke inhalation and the dangers of cutting trees for fuel. Even if the electrical grid reaches some rural areas, most families cannot afford the cost. Many countries in the region currently generate more than 90% of their energy from expensive diesel or heavy fuel, which results in high energy costs for both the urban and rural impoverished. Without any policy changes, energy poverty will continue to ravage the Sahel region for the foreseeable future.

Thankfully, solar power presents an exciting new possibility for expanding electricity access in the Sahel. Experts see the Sahel as an area with massive solar potential, as many people living there, especially those in rural communities, have access to vast areas of flat land needed for solar panels. Furthermore, off-grid (individually owned) solar power systems present the lowest-cost energy option for 65% of the rural population in the Sahel region. Off-grid power sources are already becoming regional hallmarks as many residents live a significant distance from the power grid. According to the International Energy Agency, about 70% of Africa’s new rural power will come from off-grid power sources by 2040.

Seeing this potential, the World Bank increased funding for the Regional Off-Grid Electricity Access Project (ROGEAP) by $22.5 million. Grants from the International Development Association and the Clean Technology Fund have made this funding possible. The main goal of ROGEAP is to support the development of stand-alone (off-grid) solar products and the advancement of the solar market in a unified effort to boost electricity access in the Sahel. This project will assist in accelerating the deployment of stand-alone solar products, provide credits and grants for off-grid solar home systems and coordinate policies and standards to develop a prosperous regional solar market.

By supporting the advancement of stand-alone solar products, ROGEAP aims to enhance electricity access in the Sahel for more than a million residents. The project will increase the use of solar power across the region and subsequently provide electricity for homes, schools, hospitals, farms and small businesses that previously lacked connection. The new funding will likely have a positive impact on health, education and employment in the region for decades to come. If the World Bank and other international agencies hope to continue this endeavor of expanding electricity access in developing regions of the world, projects supporting stand-alone solar power sources like ROGEAP seem to be a winning solution. 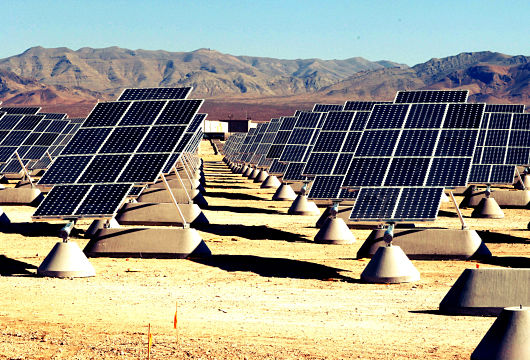 This year, Massachusetts broke its record for the amount of snowfall, a full 108 inches. With every winter storm came the threat of power outage and the thought of the 650,000 people living in Boston losing power all at once was terrifying. Through advanced technology and some luck, the energy grid in Boston withstood the nine feet of snow that fell. Though the interconnectedness of the grid system works for the United States, it might not reasonably work for the rest of the world.

According to the International Energy Agency, 19 percent of the global population lives without electricity. In Africa, it is closer to 58 percent. Is it a reasonable goal to get the last 19 percent of the world on the grid system?

The problem is, in many countries such as Tanzania, the population is predominantly in rural villages, which are scattered far apart. Interconnecting all these places would be a huge challenge. The areas of Africa that have energy are using coal, charcoal, and wood. All these energy sources produce indoor air pollution that causes over 4 million deaths a year.

This is where solar energy kicks in. The Utility In A Box idea is “a bundled package of mini-grid components that can be easily integrated and installed” (Fast Company). This package would allow individual households to use and store solar energy; it would give families a single unit that could provide energy for low-power appliances. It is safer for users than coal or charcoal, as well as cheaper and faster to build.

However, Utility In A Box is not universally supported, despite its clear advantages for developing countries. Utility In A Box will allow developing countries to leapfrog the grid system and go straight to renewable energy, cutting the grid companies right out of the equation. If the technology is made and becomes successful, developed countries will adopt it too, running the large energy companies out of business.

In fact, this is already in motion. Tesla has made a home battery system that will store solar energy for an individual household, a product that will allow people to be partially or fully off the grid. In a report by the Rocky Mountain Institute, big cities in the United States could partially rely on both individualized solar energy and the grid system within the next 10 to 15 years.

The increased reliance on solar and battery systems like Utilities In A Box would decrease the capital going into grid companies and increase the price of electricity in developed countries. So then the question is: Is it worth creating a solar-plus-battery system for developing countries that could change our own multi-million dollar corporations? 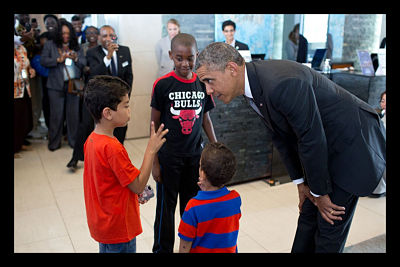