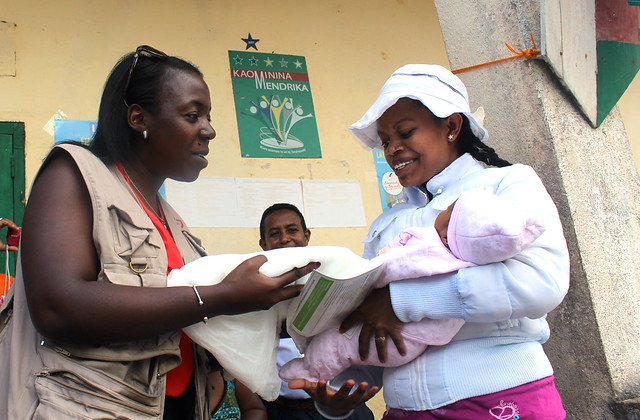 The citizens of Madagascar live with the constant threat of Malaria. An entire population of almost 26 million is at risk. There is no time of day or season of the year that is able to provide respite from this relentless threat. The country’s damp climate and excess of water provide the perfect habitat for mosquitoes and an ideal breeding ground for Malaria in Madagascar.

Malaria is a life-threatening disease transmitted through female mosquitoes that carry deadly parasites. Symptoms of the disease range from shaking, high fevers, body aches, and fatigue to convulsions, coma and death. Though Malaria is preventable, countries that face high levels of poverty, such as Madagascar, often do not have adequate resources to stop the illness.

So, What’s Being Done?

The following are three methods the government of Madagascar, with the help of various organizations and foreign aid, has implemented to treat Malaria in Madagascar.

ITNs
Insecticide-treated bed nets (ITNs) are one of the primary resources responsible for the prevention of Malaria. These nets drastically reduce the risk of exposure to Malaria for individuals and families sleeping under their protection. The insecticide used to treat these bed nets not only kill various insects, including mosquitoes, but it also repels them from households. If high coverage is achieved, then it has been found that the number of mosquitoes will even decrease from within the area, as well as have a reduced life-span.

One focus of USAID’s President’s Malaria Initiative (PMI) in Madagascar is the mass production and distribution of ITNs. When the program began in 2009, only 57 percent of households had at least one ITN as protection against Malaria in Madagascar. This number has drastically increased, and as of 2016, 80 percent of households now have one or more ITNs. This increase is largely due to the number of ITNs distributed throughout the country by the PMI and a variety of other donors. As of 2017, almost 4 million ITNs were produced and distributed to the people of Madagascar.

IRS
Indoor residual spraying (IRS) involves treating the insides of dwellings with insecticide to prevent mosquitoes from entering buildings. Dwellings, surfaces, or walls treated with IRS kill mosquitoes upon contact. This is another preventative measure taken to cease the spreading of malaria-carrying mosquitoes. In 2016 alone, the PMI project, Africa Indoor Residual Spraying Project, treated and sprayed over 310,000 structures in 2016 alone. In turn, this provided further protection for almost 1.3 million people.

Protection for Women and Children

Children are the most at risk to contract Malaria. In fact, Malaria is one of the top causes of death for children in Madagascar. It is responsible for the passing of almost 200,000 infants each year.  The threat of Malaria in Madagascar begins long before birth for children. However, as pregnant women and unborn children are especially vulnerable. Pregnant women have decreased immunity to Malaria. This makes them and their children almost three times as likely to contract Malaria and other illnesses and infections.

Along with other methods, there are two key treatment and prevention strategies that Madagascar, with the help of various organizations and aid, has implemented specifically for pregnant women:

Malaria is an increasingly critical problem plaguing Madagascar. Between 2016 and 2017, Madagascar had one of the highest increases of Malaria cases in all of Africa. In 2016 there was close to 472,000 reported cases of Malaria in Madagascar. This number increased to almost 800,000 in 2017. Despite a rising number of cases, however, the government of Madagascar is working earnestly to continue to develop programs and projects with the hope of eradicating Malaria forever.