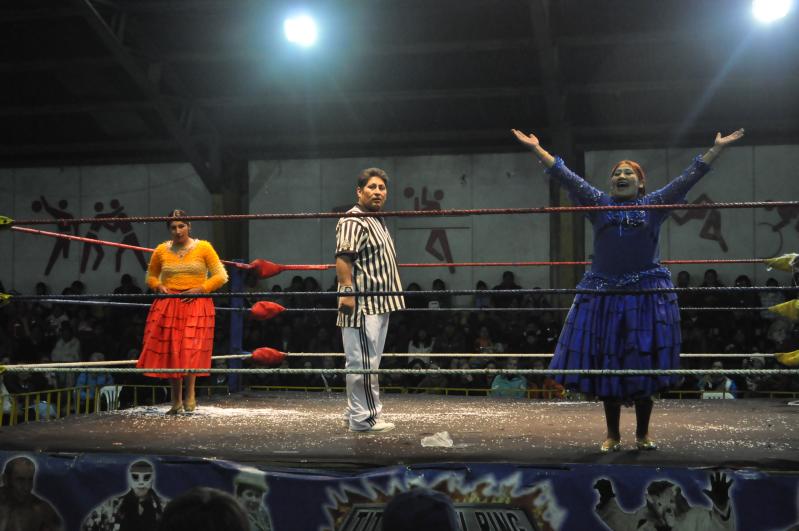 The City of El Alto

El Alto, situated on a mountain overlooking Bolivia’s capital, La Paz, laid siege to it in the 1700s. It did so again in 2003, during the Bolivian Gas War, which led to the ousting of then-president Gonzalo Sánchez de Lozada. Afterward, the support of El Alto’s indigenous population saw the first indigenous president, Evo Morales, elected in 2005.

The indigenous population of Bolivia has fallen victim to various forms of institutionalized racism throughout history. They have been denied various civic services, such as the right to vote and the chance at higher education. However, during his time in office, Evo Morales opened government positions to cholitas. As a result, the indigenous women were enabled to play a role in drafting the new constitution. The Flying Cholitas empower indigenous women by embodying this revolutionary spirit of the everyday cholita, making them quite popular.

What is Cholita Wrestling?

When The Flying Cholitas first formed, they served as a novelty act to increase ticket sales for the male-dominated “Titans of the Ring.” Both the male and female acts draw heavily from Mexico’s professional wrestling, known as “lucha libre.” The use of signature moves, entrance music and the hero versus villain dynamic — known as “técnicas” and “rudas,” in this case — display the influence of this format. Fans often join in the fun by jeering and splashing water on “rudas” and cheering for the “técnicas.”

The uniqueness of the cholitas helps attract sizable crowds. The wrestlers’ clothing noticeably deviates from that of “lucha libre” and other professional wrestling formats. Instead of bikinis and spandex, The Flying Cholitas wear clothes similar to ones they wear in the streets and at home. In the ring, the wrestlers will commonly wear bowler hats, long braids, shawls and pleated skirts. Cholitas display these garments to show pride in their heritage and distinguish themselves from the pants-wearing, non-indigenous women.

To become a female wrestler, candidates must undergo a year of training before receiving their certificate. In addition to allowing them to fight, the certificate is a symbol of pride: proof that they can earn money through skill and hard work.

Bolivia has the highest rate of domestic and sexual abuse in Latin America. In 2015, 70% of women reported having faced some form of physical or psychological abuse. The lack of financial opportunities for women often causes them to stay in these harmful relationships.

The original Flying Cholitas were abuse victims who joined the sport as an outlet for their anger. Now, these wrestlers empower indigenous women in similar situations. The wrestling matches provide a public space to witness the strength of women, especially in mixed matches where women battle men. However, the cholitas had to fight outside of the ring as well to gain more equality in the sport.

When the Flying Cholitas first started wrestling, they were unpaid and barred from using the locker room. As their popularity grew, the female wrestlers gained greater autonomy. They formed the Association for Fighting Cholitas. This allows them to organize their fights and use the facilities. Furthermore, the Flying Cholitas are now paid for their work, around $20-$25 per match. This extra income helps the wrestlers put their children through school and grants them greater freedom from their husbands.

After 20 years, the popularity of the Flying Cholitas has spread, with hotels in the area offering packages that include tickets and transit to their shows. The Flying Cholitas even travel throughout Bolivia to bring their rowdy fights to the masses and empower indigenous women across the nation.

Overall, the Flying Cholitas are a powerful influence in changing the perception of indigenous women in Bolivia. Hopefully, this group will continue to have a significant impact in the coming years. 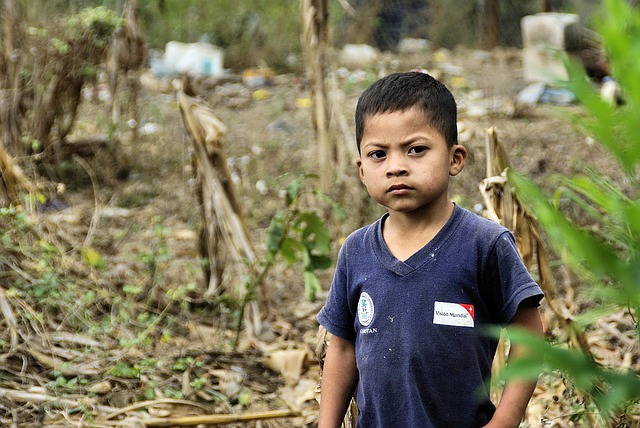 In Guatemala, over 50% of the population live below the poverty line. Families of four or more live in small one or two-room huts if they have shelter at all. On average every four days a child, usually a newborn, is abandoned because families do not have or can not access the means to take care of another child. Homelessness in Guatemala harshly impacts children, families and indigenous women.

Young children are considered lucky if they are not part of the large homeless population. Among the homeless population, 7,000 of them are children and adolescents left to survive on their own. Many of them turn to drugs or alcohol as a coping mechanism, perpetuating the cycle of homelessness in Guatemala. Violence directed towards street children is not uncommon. The Guatemalan police force’s deathly violence towards these children had remained unchecked until the early 2000s but the threat of physical harm has not been abolished to this day.

Homelessness in Guatemala is a ripple that ends at the children of the impoverished. For example, they are needed for work and are often unable to go to school, if they can afford public schooling to begin with. The little income they make does not stretch far. A quarter of the population of children are actively involved in child labor out of necessity. In addition, one in four children under the age of fifteen are illiterate. Chronic malnutrition and hunger are a consistent part of life. Without access to proper education or nutrition children of the impoverished do not have the ability to move forward. As a result, they are trapped in a cycle of poverty and homelessness in Guatemala.

Traditionally, Guatemalan culture revolves around family. It is a tight-knit community that is hindered by the lack of funds, nutritional food and educational opportunities. Those who are fortunate enough to have shelter are stuffed into small huts with a tin roof and dirt floors. Children, parents and grandparents often live together without running water or electricity. Diseases plague newborns and small children due to people’s inability to keep housing sanitary, leading to high infant death rates. Medical care is all but nonexistent.

Cooking is done over an open fire kept inside the home. This leaves the women and children of the families to breathe in smoke for hours at a time with no ventilation. Some houses are made from straw or wood both of which are extremely flammable and pose another risk to families inside. Respiratory illness affects a large portion of the poor population. Since most houses are one room, the idling soot from cooking fires becomes toxic for the entire family. Without running water, there is no way to properly clean the soot and without electricity, there is no other option for families to cook food.

Half of the country is homeless and of that population, half of those people are indigenous women. Impoverished indigenous women not only suffer the fallout of poverty, they face racism and violence because of their sex. Compared to the rest of the country, including Guatemalan women, indigenous women have a higher chance at having multiple unplanned children, living in poverty and being illiterate. In addition, the birth mortality rate for women of native heritage is double and non-indigenous women have a greater life expectancy by an average of 13 years. They are malnourished and underpaid. The inequality trickles down to their children who face food insecurity, lack of education and if they are young girls the same fear of violence and racism their mothers endure.

Homelessness in Guatemala engulfs half of the 15 million people living in the country. Basic human necessities are not available and haven’t been for generations. The Guatemala Housing Alliance focuses on providing proper shelter to families. They work in tandem with other groups aiming to help education, food insecurity and sexual education for the poor of Guatemala.

The Guatemala Housing Alliance has built 47 homes with wood-receiving stoves that eliminate the danger of open fire cooking. They’ve put flooring in 138 homes that had been previously made of dirt. Also, the foundation offers counseling for young children and has hosted workshops for women for them to speak openly and learn about sanitation, nutrition and their legal rights. 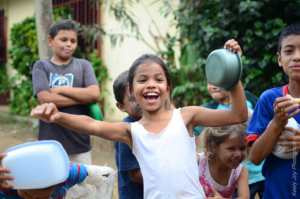 Nicaragua, although having made tremendous progress in recent years, is still one of the poorest and least developed countries in Latin America. According to the World Bank, 24.9% of Nicaraguans lived in poverty as of 2016. Of those people, 200,000 lived in extreme poverty making less than $1.90 a day. As a result of poverty and harsh climate conditions, hunger in Nicaragua is a prominent issue. Even though approximately 70% of the population works in agriculture, 300,000 people still require food aid. Located in what’s known as the Dry Corridor, Nicaragua faces erratic weather patterns prone to climate shocks that are consistent threats to stable food production. However, in spite of the unfavorable conditions, many organizations and programs are on the ground working to fight hunger in Nicaragua.

5 Initiatives to Fight Hunger in Nicaragua

Nicaragua has made progress in recent years. However, vulnerable groups still need assistance with fighting hunger, a direct result of poverty in the country. In order to address this, many organizations are working to foster the idea of food sovereignty and fight hunger in Nicaragua. –Melanie McCrackin Photo: Flickr