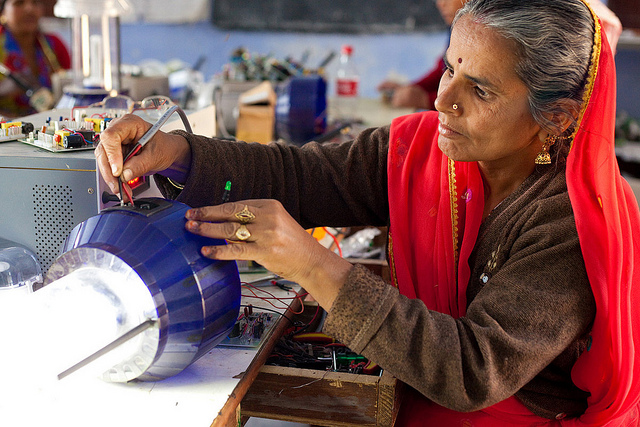 The evolution of credit has sanctioned simply the idea of money as an invisible but powerful force. In a place where poverty still affects 22 percent of the population, credit access in India is difficult for many of its people. Often, formal credit is as elusive for the people of India as its tangibility.

PMJDY and Financial Inclusion
Though financial inclusion has become a recent focus for policymakers, 40 percent of people still lack access to basic financial services. Financial inclusion is the basis of perpetual economic growth. “Without financial inclusion, we cannot think of economic development because a large chunk of the total population remains outside the growth process,” said Dr. Harpreet Kaur and Kawal Nain Singh of Punjabi University and The Rayat Institute of Management.

Many low-income individuals have relied on informal, and sometimes devastating, options to borrow money or gain credit access in India. In response to this, formal options such as Pradhan Mantri Jan Dhan Yojana (PMJDY), a mega financial inclusion plan, was designed. PMJDY aims to ameliorate poverty and fast track financial growth. The program targets those from remote areas and promotes financial literacy, universal access to banking services and insurance. This is all to “commence the next revolution of growth and prosperity,” the plan explains.

Unfortunate Faults
More than a few studies have reported the same findings as Dr. Joy Deshmukh-Ranadive of the Human Development Resource Centre in New Delhi. In the doctor’s report on rural micro-finance in India, she explains that “the track record of these formal sources has not been positive. Micro-finance…circumvents the drawbacks of both formal and informal systems of credit delivery.” These downsides include exploitative interest rates and fortifying systems of oppression.

Entrepreneurship in Rural India
The micro, small and medium enterprise sector (MSME) account for 37 percent of India’s GDP, and more than 40 percent of the country’s total exports, according to the World Bank. Despite this, MSMEs have been limited by inadequate access to financial services.

Fortunately, the International Finance Corporation devised a program called India Collateral. The program is modeled after a similar program that has had success in China. The project hopes to revise the discrepancy by opening access to banking services for more MSMEs by increasing lenders’ confidence.

While there are programs formulated to improve access to credit in India, there remains a gender bias. Though loan rejection and approval are issued at an equal rate to both men and women, women tend to seek financial services less often. Higher gender bias countries like India see more women deferring from the loan process, according to a report by the European Central Bank.

It is an interesting paradox: those who have money are those who typically qualify to borrow it. The necessary condition for credit access is already established finances. Those who stand to benefit the most from borrowed money are those who do not have it. Steps toward financial inclusion in India are governed by this idea. Many programs continue to amend credit access in India, develop the informal credit market and lower interest rates in the hopes of developing the country’s economy from the bottom up. 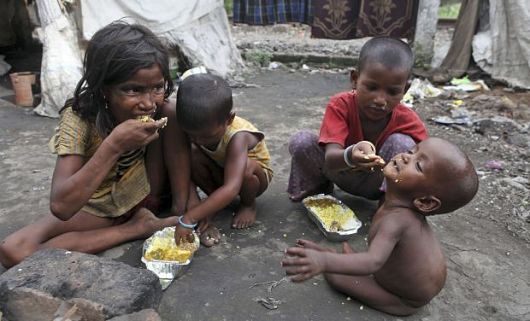 According to India’s most recent Socioeconomic and Caste Census (SECC), the extent of poverty in India could be worse than ever before.

A total of 300 million Indian households were surveyed in this census, and 73 percent of those households are in small, rural villages. Of these villages, those who have a job that provides a stable salary make up 10 percent. Those who can afford to pay taxes or own a car make up only 5 percent and 2.5 percent, respectively.

This data solidifies the fact that roughly one-third of the world’s poor currently live in India.

“It is our firm belief that the member countries will not only overcome the endemic poverty in the region but will in the coming years develop the capacity to address all problems relating to poverty,” said SECC Minister of State of Rural Development Sudarshan Bhagat.

In the meantime, those problems are still piling up. According to the SECC, literacy rates in rural India are disheartening, with 35.7 percent of residents illiterate and only 3.5 percent of students graduating from school.

The SECC data, however, is not without its flaws. The data is not quite as concrete as what might be found in a more formal federal survey, but it does provide the most cohesive look at poverty in the country published in recent years.

“We should beware of any illusion that SECC data can be used for the purpose of drawing a line between poor and non-poor households,” said development economist Jean Drèze. “There are fundamental, conceptual and practical difficulties with doing that on the basis of proxy indicators, even with good-quality data.”

According to a different study, a report made by India’s Planning Commission, 363 million Indians, or 29.5 percent of the total population, were living in poverty between 2011 and 2012. Even though this data is a few years old, it does not paint a much brighter picture of the current state of poverty in India. For now, the SECC report is the best bet.

“Quite likely, the SECC dataset is more reliable than earlier Below Poverty Line (BPL) surveys and could be well used, for pro-active identification of people who need social security pensions, housing subsidies and so on,” added Drèze. 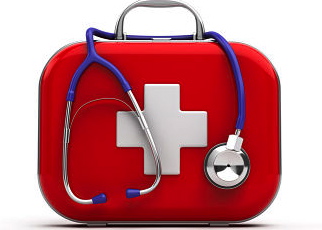 The medical tourism industry is booming in India. Thousands of people are coming to the country to receive inexpensive treatment by some of the world’s best physicians. Spending money on travel and lodging during their stay boosts the Indian economy, but not without a price.

Large health disparities exist between social classes. The majority of India’s 1.1 billion people utilize the free healthcare system because they cannot afford to be consumers of private healthcare. In this public sector, there are too many patients and not enough physicians, supplies or hospital beds to accommodate every person, regardless of their ailment. Hospitals are overcrowded and their conditions are poor. It’s not uncommon for people to travel for multiple days to see a doctor, only to wait in line and never be seen.

This picture is drastically different from the medical tourism industry; where approximately 150,000 medical tourists travel to India each year to receive major medical services at a reduced cost. The other appeal is little to no waiting time to see a physician and receive treatment. India’s 23 private hospitals also have the luxury of excess resources, including open hospital beds. Apollo Hospital, often referred to as the “Taj Mahal” of medical excellence, claims to reserve 30% of their beds (free of charge) to India’s poor patients, however the reality is that they are hard to obtain and rarely filled to capacity. Citizens must first contact the government to even get a permit and be admitted into the free ward, a process which can take months.

Medical visas that are now being issued marks the expansion of the medical tourism industry. Although medical tourism may seem beneficial on the surface, expansion may mean brain drain for the rural areas, which would deepen these health disparities. “Medical tourism could worsen the internal brain drain and lure professionals from the public sector and rural areas to take jobs in urban centers.” Dr. Nilima Kshirsagar, the dean of one of Mumbai’s largest public hospitals, agrees the focus needs to placed on Indian citizens and improving their access to healthcare; “The need to benefit Indian patients is the main goal, and medical tourism cannot be at their cost.”