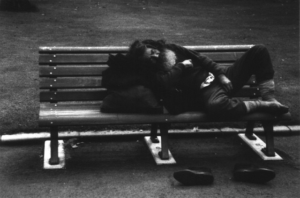 It would cost $30 billion annually to end global poverty. This would mean that billions of people would no longer suffer from malnutrition, food insecurity, unsanitary conditions, preventable disease, and lack of education. A new study by Oxfam shows that the world’s 100 richest people earned $240 billion in 2012, enough to end global poverty four times.

While a majority of businesses and individuals were financially hurt by the economic crisis, the wealthiest have benefited from it. Oxfam reported that “The richest 1 percent has increased its income by 60 percent in the last 20 years with the financial crisis accelerating rather than slowing the process,” thus contributing to the growing gap between the rich and poor of the world.

It can be difficult to fathom how the richest 100 people can earn hundreds of billions of dollars in a year while billions of people can live on less than $1.25 a day. Oxfam’s report, “The Cost of Inequality: How Wealth and Income Extremes Hurt us All,” suggests that having so few people controlling such a large amount of the world’s wealth makes it more difficult to end global poverty. The philanthropic organization urges world leaders to address this alarming financial inequality by ending extreme wealth by 2025.

In order to return to 1990’s inequality levels, Oxfam suggests that world leaders get rid of tax havens and regressive taxes, implement a “global minimum corporation tax rate,” increase wages in proportion to corporate earnings, and “increase investment in free public services.” These extreme inequality gaps are spreading to countries like China, the United Kingdom, South Africa, and the United States. Oxfam states that inequality levels in South Africa are worst now than during the end of apartheid.

Jeremy Hobbs, Executive Director of Oxfam International, is adamant that the study shows the idiocy behind trickle down economics. He says, “We can no longer pretend that the creation of wealth for a few will inevitably benefit the many – too often the reverse is true.” He also stresses how when the wealthy control politics, they will often employ policies that only benefit the rich. World financial leaders are meeting April 3rd to discuss these issues and how to overall improve the global economy.