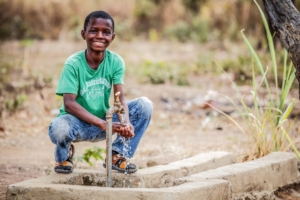 For three days, 24 governments in the sub-Saharan region had the opportunity to meet with major investment banks, international organizations, businesses and experts.

Their collective goal is to find new methods to raise an estimated $20 to $30 billion annually for the water, sanitation and hygiene sector. Success will bring universal access of those services to West and Central Africa, home to nearly half the global population currently living without access to improved drinking water.

According to UNICEF, no country in West and Central Africa has universal access to improved drinking water and access to sanitation even rarer. In countries with the best coverage of the sub-Saharan area, as many as one in four people still lack adequate sanitation.

Within the last 25 years, the population of the sub-Saharan area has nearly doubled. Growing populations are outpacing government efforts to provide essential services. Access to improved sanitation and clean water has not kept pace with these changes. In fact, improved sanitation only increased by 6 percent and water only 20 percent within the same time period.

The number of people in the region who defecate in the open is higher now than it was in 1990.

Without speedy action, UNICEF warns the situation could drastically worsen within the next 20 years.

The UN estimates global economic losses due to inadequate water, sanitation and hygiene amount to $260 billion dollars per year. As the sub-region with the worst access, West and Central Africa carries a significant portion of this burden. 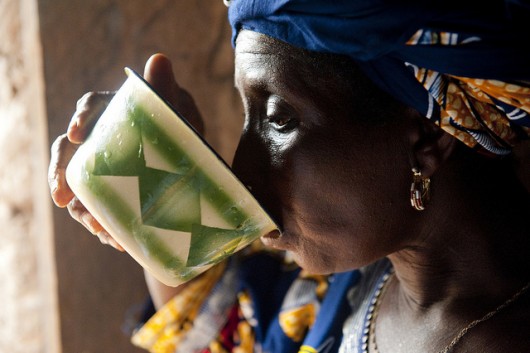 Funding for the water, sanitation and hygiene sector is uneven and insufficient, noted UNICEF. No African country has allocated more than 0.5 percent of its gross domestic product to the sector.

Meanwhile, of the $3.8 billion overseas development aid (ODA) allocated for the water, sanitation and hygiene sector in 2012, approximately three-quarters went to water and the remaining quarter to sanitation.

Most ODA funding goes to countries that are already doing well, and while rural access to clean water is far behind urban access, both external and domestic funding go primarily to urban systems.

“While we know what needs to be done, we have to figure out a way to do it faster and better,” UNICEF Regional Director for West & Central Africa Manuel Fontaine said. “There are a lot of options on the table; what is not an option is to continue to allow children to pay for our lack of action.” 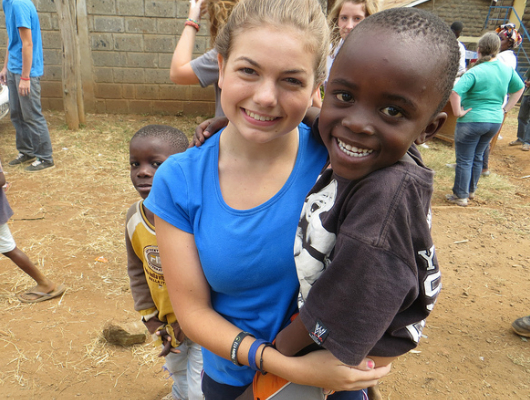 In the last 20 years, governments, firms, non-governmental organizations (NGOs) and leaders of industry’s efforts have helped to dramatically reduce the number of people living beneath $2 per day. Between 2001 and 2011 alone, the war on poverty resulted in reducing the percentage of the population affected from 29 percent to 15 percent.

As a result, the war on poverty has led to an expanding middle class, with people living off of less than $10 a day falling from 79 percent to 71 percent. Although the shift was not enormous, it still factors into an increase in prosperity for millions.

But the war of poverty results in more than monetary gains. Since 1990, extreme poverty has also been cleaved by more than half, elevating the lives of more than a billion people, according to the United Nations. Here are five other life-changing impacts that the war on poverty has produced.

Between 2000 and 2012:
Approximately 3.3 million deaths from malaria were avoided because of the substantial expansion of malaria interventions funded by international aid. Increased rates of measles immunization have also prevented an estimated 14 million deaths. In addition, since 1995, an estimated 22 million lives have been saved from tuberculosis.

More than 2.3 billion people have gained access to an improved source of drinking water. This improvement allows communities to spend less time acquiring water and give more time to poverty reducing activities, such as working or attending school.

The number of children dying under the age of five has almost been halved, dropping from 90 deaths per 1,000 live births to 48 per 1,000 live births. The child survival rates have also improved. Between 2005 and 2012, the yearly rate of reduction in child mortality was more than three times faster than between 1990 and 1995.

An estimated 90 percent of primary school-aged children are enrolled in school, increasing their chances at breaking the poverty cycle in impoverished communities. The gender disparity gap of boys to girls enrolled in school has also shrunk significantly.

According to the U.N., for the first time in human history, the ability to strike down extreme poverty is within reach.