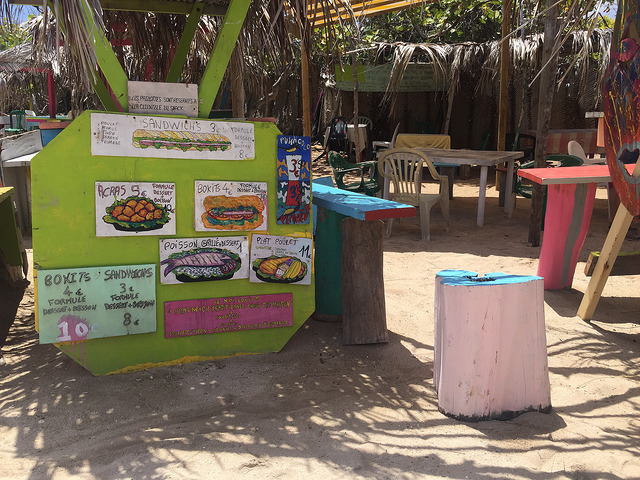 Guadeloupe is an island and French territory located in the Caribbean. Hunger in Guadeloupe has long been an issue, and that problem has evolved over the past decade.

In 2008, a food crisis struck the Caribbean. Many countries, such as Haiti, had trouble feeding their entire populations. Thousands of citizens from these countries began to riot and protest in the streets, and the Guadeloupean government was worried the same would happen in the island nation.

However, Guadeloupe has an advantage: France. Guadeloupe receives nearly 80 percent of its food as imports. This means that despite tropical issues that affect the Caribbean, the island doesn’t have to worry about feeding its people.

Just a few years after this crisis in 2011, Guadeloupe had an undernourishment level below 5 percent, which is on par with America and many other developed nations. Solving the problem of hunger in Guadeloupe with imports seems like a wonderful answer; however, it doesn’t come without some problems as well.

Guadeloupean people now rely on these imports, urged by the French government to export most of their domestic goods, and their preferences have become based on Western tastes. The problem with a lot of westernized food is that it is full of preservatives and has higher calorie counts than are necessary. Hunger in Guadeloupe no longer refers to undernourishment in the sense of too little food, but instead too little nutrients.

The scientific journal Diabetes and Metabolism found that depending on the particular part of Guadeloupe, rates of obesity vary between 17.9 to 33.1 percent. Another study by Women Health shows that there is an association between low education and low income with obesity. Imports are more expensive than healthy, locally grown fruit. This often causes families to resort to the unhealthy options simply due to cheaper prices.

To help stop this growing obesity rate, the Guadeloupean government must reduce the nation’s dependency on imports by using this rich, tropical farmland to grow fruits and vegetables. The only way they can do this is to work with the French government to encourage them to stop pushing for such great quantities of exports. Not only would this help provide healthier options, but it would help the local economy. More agriculture would provide more jobs to reduce the poverty rate, which is around 12.5 percent. 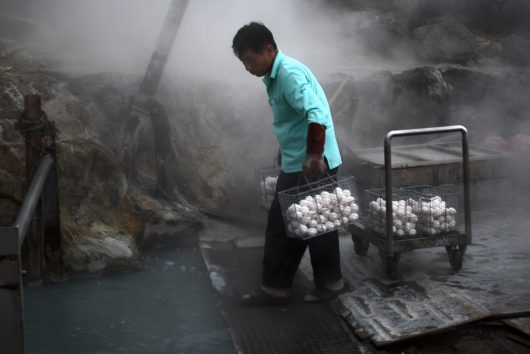 While Japan enjoys one of the largest economies in the world after the U.S. and China, hunger in Japan is an undeniable threat to one of the most highly developed nations. Here are the top seven facts you should know about the imminent food crisis of the most populous island nation:

As one of the most prosperous nations in the world, Japan risks underestimating its fragile food supply. To address the roots of hunger in Japan, solutions centered on domestic development rather than international food importing is crucial. 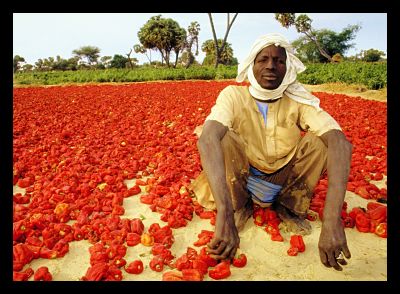 In a country where 60% of the population are employed as farmers, it is a disheartening fact that Nigeria is not agriculturally self-sustainable. Not only does the country lack the level of food production needed to feed its growing population, but the shortfall is so great that Nigeria is the world’s largest importer of rice, spending $11 billion a year on food importation.

Despite some 100 million farmers, out of a population of 167 million, the majority practice subsistence farming. Less than half of Nigeria’s arable land is currently being used for food production, and some sources claim less than 10% is used optimally. Additionally, many of these farmers still aren’t employing modern methods and tools.

Without government intervention, this is unlikely to change soon. For one, the farming population is aging, despite 70% of Nigeria’s total population being under the age of 30. Youth are moving to the cities rather than remaining in rural areas, and this demographic shift takes a toll on farms as the potential workforce is depleted. Additionally, banks are reluctant to lend money to farmers, as returns on investments are slow. A system of government aid or microcredit may be necessary to allow farmers to update their equipment and buy fertilizer, and so increase their yields.

However, it is a lack of infrastructure in the country that might be the biggest contributor to the constant shortcomings in food production. Roads are often unsuitable for transportation, and water and electricity provision are inconsistent. The lack of suitable roads leads to a huge amount of waste as crops are unable to be transported in a timely manner. According to Nigeria’s Farms Minister, Akinwumi Adesina, 45% of the country’s tomato crop is lost every day, simply because farmers are unable to get them to the market.

The problems in agriculture stems partly from the discovery of oil in Nigeria in the 70s, and the subsequent shift away from farming. But more often it appears to be inefficient methods and insufficient workers. Crops often go unharvested, or yields simply aren’t high enough to provide a surplus.

Nigeria’s president, Goodluck Jonathan, has targeted 2015 to eliminate the need to import rice. With Nigeria’s population quickly swelling, though, it will take more than a simple increase in yields to meet the demand. Infrastructure will need to be improved, and a modernization of the industry must take place.

With the country set to surpass the population of the United States before 2050, this revitalization will be crucial to its future success.