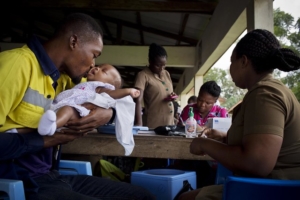 Over the past few decades, Ghana has been able to drastically improve its vaccination rates through education and communication with communities. Right now, vaccination rates for diphtheria, tetanus and whooping cough are at 98 percent in Ghana, compared to 94 percent in the U.S. The child mortality rate in Ghana has dropped by 30 percent and is now at 5 percent.

Additionally, measles, which used to be one of the predominant causes of child mortality in Ghana, has now been nearly eradicated. This is due in part to the double-roll out in 2012, which was the first time any African country introduced two vaccines at the same time, the pneumococcal and rotavirus vaccines. It proved to be wildly successful, reinforcing Ghana as a model for neighboring countries.

Despite these improvements, one of the main roadblocks to increasing the coverage and effectiveness of vaccines in Ghana is accessibility. One promising solution to this roadblock is drones bringing vaccinations to Ghana.

Planning to reach the remaining unvaccinated Ghanaians, the Ghanaian government recently launched the start of its partnership with Zipline, a company utilizing drones to deliver medical supplies to underserved regions. The technology increases the accessibility of essential medical supplies without having to wait for the costly infrastructure development of better roads and train access. Zipline is currently able to provide 13 million people vital medicine incredibly quickly. At the four distribution centers located throughout Ghana, doctors can place an order via text for any necessary medications and reliably expect a delivery within 30 minutes.

In addition, one of the primary challenges in increasing vaccination coverage is access to electricity for refrigeration. Zipline’s quick and reliable delivery system solves this issue as supplies are received still cold. This innovative battery powered medical delivery system is able to deliver goods pilotless, thus reducing emissions costs and medicine transport costs. This makes it an incredibly cost-effective mode of transport, aiding initiatives to offer free vaccinations to children in Ghana.

With dozens of hospitals relying on Zipline for emergency medicinal deliveries, access to life-saving medical supplies has already increased dramatically in hard to reach areas. In Rwanda, where Zipline has served for the past 3 years, maternal mortality rates are dropping drastically due to emergency drone deliveries of rare blood types.

Just a few decades ago, Ghanaians were in a statistically alarming situation. The introduction of Zipline is bringing medical supplies to Ghanaians who still lack access. With plans to eventually provide access to vital medical supplies all around the world, Zipline appears to be revolutionizing the world of medicinal accessibility for the world’s underdeveloped regions. As Zipline is a relatively new company, it’s too soon to have data determining long term impacts. However, given the rapid changes Zipline has brought to Ghana and Rwanda’s medical access already, it’s feasible to imagine a future where drones bringing vaccinations is commonplace. 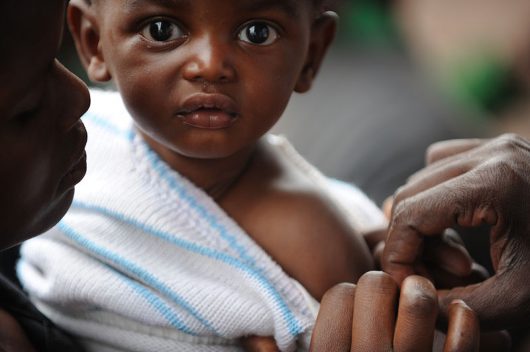 Vaccines are small doses of a disease or virus that prepare the body’s immune system for any future encounters with that disease. After exposure to the disease through vaccination, the body builds up resistance to that specific disease. The development of these important and impactful vaccinations has led to the eradication or near eradication of several diseases that brought death and disability to thousands.

Polio is a disease caused by the poliovirus that can degrade an individual’s spinal cord and musculature. In extreme cases, polio leads to muscle paralysis and death if the paralysis invades muscles used for breathing. In 1952, Jonas Salk developed the first effective polio vaccine. After the development of the vaccine, mass immunization campaigns took place throughout the United States.

Governments then distributed polio vaccines throughout the world. By 1989, polio was eradicated in the Americas, and as of 2017 only Afghanistan, Pakistan and Nigeria had recorded cases of polio. Overall, the polio vaccination campaign is considered one of the most important and impactful global health campaigns in human history.

Smallpox is an infectious disease most commonly known by the distinct progressive skin rash it causes that spreads across the body. The disease also gives individuals a fever and severely weakens the body. Approximately three out of 10 individuals that have smallpox die. Smallpox is believed to have dated back to the Egyptian era and caused many deaths throughout global civilization.

In 1980, the World Health Assembly officially declared the world rid of the disease thanks to the distribution of these important and impactful vaccinations. Today, the Centers for Disease Control and the World Health Organization describe smallpox eradication as the biggest achievement in public health history.

Yellow fever is a mosquito-borne disease that affects countries in equatorial climates. Yellow fever causes serious bleeding of the internal organs and in many cases results in death. The illness derives its name from the jaundice symptoms, or yellow discoloration of the skin, that usually result from infection. In 1937, while conducting research at the Rockefeller Foundation in Ecuador, microbiologist Max Theiler developed an effective vaccination strain.

Later, the global health community distributed the vaccine to the countries most affected by the illness. In 1952, Theiler received a Nobel Prize for his efforts in disease eradication. Today, yellow fever outbreaks are common, but these important and impactful vaccinations continue to save millions of lives.

Furthermore, countries with disease prevalence are taking massive steps to eliminate yellow fever. For instance, as of January 2018, the Nigerian government has set a goal to vaccinate 25 million individuals in hopes of meeting a global effort to end all yellow fever epidemics by 2026.

Vaccinations are one way that foreign aid and global health work hand in hand to genuinely help humanity. While there are more diseases that need to be researched and certainly more vaccinations to distribute, it is important to take stock of historical public health achievements and incorporate their successes into future efforts.