Tag Archive for: Importance of Education

Qatar Charity, an NGO devoted to aiding in the development of struggling communities, recently opened up a model primary school in Somalia as part of its initiative to combat illiteracy in the region. It contains eight classrooms and is expected to take in approximately 350 students aged six to 11 from the surrounding area, a significant contribution to primary education development in Central-Southern Somalia.

The school is located in Hudur, a small town in the Bakool region located just before the Ethiopian border. This area needs as much support as it can get, as it is severely lacking in access to educational services. UNICEF reports that as of 2017, only 22.1 percent of children are enrolled in school in the Central-South region of Somalia, compared to a nationwide enrollment rate of 32 percent.

One factor behind the deficiency of primary education development in Central-Southern Somalia is the persistence of drought in the region. When the land dries up, crops are incredibly difficult to grow and most livestock does not survive. When no one in the community can farm, food becomes scarce and avoiding starvation takes priority over all else. As a result, many families pull their children out of school to search for water and food or try and maintain whatever crops or livestock they have left.

Another contributor to this issue is the violence that has been ravaging Somalia for decades. Since the outbreak of civil war in the late 1980s, 75 percent of the public schools in the Central-South region have been destroyed or shut down. In recent years the rise of the terrorist organization Al Shabaab has perpetuated this problem. When fighting erupts, it becomes unsafe for children to go to school every day. In October of 2017 alone, more than 3,800 children were affected by the closure of schools in the Central-South region due to armed conflict.

Providing humanitarian assistance to alleviate these crises and get more children into school is a crucial step in eradicating global poverty. Studies show that higher literacy rates almost always lead to an increased standard of living. When people have more money, they are more likely to spend that money in their local economies, which results in even less poverty.

With this in mind, devoting more attention and resources to primary education development in Central-Southern Somalia seems like a no-brainer. Educating citizens decreases Somalia’s reliance on U.S. foreign aid, providing incentive for the U.S. to help Somalians. Hopefully, the U.S. will follow in the footsteps of Qatar Charity and help give Somali children a chance to learn. 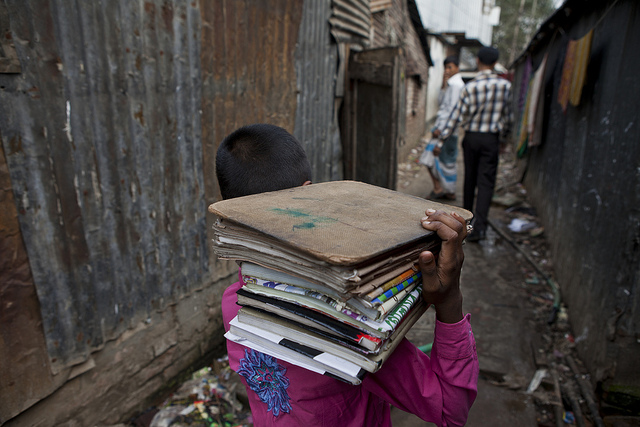 Nelson Mandela was a man who carried varied and numerous titles throughout his life. He was, among other things, a revolutionary, nonviolence anti-apartheid activist, philanthropist, human rights activist, the first black president of South Africa and a Nobel Peace Prize winner. He even went through 27 years in prison for his efforts to bring harmony and equality to South Africa. One of his great legacies was his contributions to education.

Mandela recognized education as a great vehicle to bring equality of opportunity to the world. Here are nine Nelson Mandela quotes about education:

The man’s inspiring life story has touched even more people’s lives than his quotes about education. The many funds and foundations he established during his lifetime continue to help and advocate for the causes he cared about; such causes include the Nelson Mandela Children’s Fund, The Nelson Mandela Foundation and The Mandela Rhodes Foundation.

Institute for Education and Rural Development

As for the education sector, in particular, The Nelson Mandela Institute for Education and Rural Development provides education for rural children in South Africa that encounter educational barriers such as collapsing classrooms, leaking roofs, shortages of desks and shortages of teachers.

The institute creates tools and methods to develop teacher training systems, works with the community, refurbishes classrooms and helps students develop their language skills as well as their confidence.

The Gift of Education

The gift of education is indeed something to be celebrated. To work towards Mandela’s honorable vision of a free and equal society, the world will require the knowledge, resources and insight that education brings. The Nelson Mandela quotes about education featured above express why education is so important.

Education is an investment essential to empowering individuals to reach their full potential and to make their own positive impact on the world.