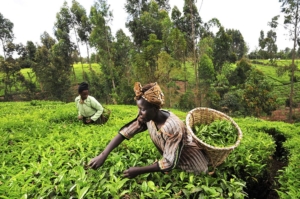 The systemic ills of many African countries find their roots in the Scramble for Africa, the period between the 1880s and World War I where European countries claimed African territories for themselves. Countries like Nigeria, Kenya and Uganda found themselves under the control of foreign powers. The long, historical fight against poverty in Africa starts by understanding failed industrialization and the decades of colonial rule by rich and powerful European countries that exploited Africa’s resources, labor and infrastructure.

After the tumultuous first half of the 20th century, western powers tried to right the wrongs of colonization by industrializing newly independent African countries. Import substitution industrialization (ISI), a common and popular form of industrialization, involves manufacturing goods that other industrialized countries import usually. This means that countries enact policies to shut out outside competitors and give local industries, such as agriculture and power, larger market shares of the domestic economy. ISI also tries to create a more nationalistic and powerful domestic economy by encouraging local industries with subsidies, while discouraging outside influence with tariffs.

While the theories behind ISI presented simple fixes to complex issues, African countries that attempted ISI now find themselves behind the curve in the global economy. Kenya’s GDP (adjusted for purchasing power parity) sits at $163.7 billion making it the 74th poorest country in the world. Kenya also still heavily relies on agriculture with 34.5 percent of the economy dedicated to agriculture as of 2017. Compared to China, which industrialized in the same time frame, Kenya has a low GDP and a high percentage of the economy in agriculture. China has the largest economy in the world with a GDP of 23.21 trillion (adjusted for purchasing power parity) and agriculture makes up only 7.9 percent of its economy.

Kenya’s failure shows that ISI could not provide the solution the country needed. ISI may strengthen a domestic economy, but it weakens the overall product. Countries using ISI do not expose themselves to international competition, so their products may not be as good as international products. This allows other countries creating superior, cheaper products to outperform domestic products. The inability to compete globally stifles domestic markets and creates a system of poverty. When the economy fails to produce meaningful success, the impoverished become worse off. The fact that Kenya cut off global markets limited its trade partners and opportunities for innovation.

Kenya’s road to recovery begins with opening its economy to the world. Agra, an NGO dedicated to supporting African agriculture, starts the process of economic revitalization with fixes to Kenyan agricultural policy and practice. Agra’s main goal is to create initiatives that drive productivity and benefit small farmers’ incomes, food security and nutrition. Agra plans to support a more streamlined and efficient marketplace for agricultural leaders to conduct business. With an easily accessible market, farmers can begin to engage with the global market in a more effective way.

Agra also works toward making agriculture a more inclusive industry by helping more young people and women work in agriculture. Agra believes that more participation from women and youth will increase economic independence among rural farmers and the market will become a stronger base for further developing the Kenyan economy.

One must undergo the process of understanding failed industrialization and how it contributed to poverty in Africa in order to fix those wrongs and ensure the success of the continent’s countries. The old economic industrialization theory of ISI broke many African countries, but with a greater understanding of the economy comes a more focused effort to right the wrongs of the past. By starting small and building up businesses from the roots of the Kenyan economy, NGOs like Agra play a crucial role in getting not only Kenya’s economy back on the right track, but also that of Africa as a whole.