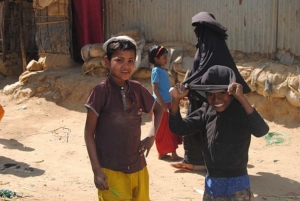 The Nationality and Borders Act became law in the United Kingdom in April 2022. Despite many human rights activists, refugee charities and lawyers fearing the adverse impacts of the changes to the immigration system, the government claims its aim is not to prevent safe arrival and residence in the U.K. but to encourage a fairer system and prevent human trafficking and illegal entry.

The Requirements for Asylum Seekers

The act’s main changes to previous laws surrounding immigration include the imposition of a two-tier labeling system, categorizing asylum seekers as either Group 1 or Group 2 refugees.

The Nationality and Borders Act functions on a system of differential treatment for asylum seekers traveling to the U.K. via a route that is not classified as ‘safe and legal.’ Those who pass by other ‘safe’ countries and do not claim asylum there are penalized for doing so and are placed in Group 2, which often denies them long-term residence and results in unfavorable treatment in comparison to Group 1 refugees. It is also possible that the U.K. will simply declare them ‘inadmissible.’ According to the International Rescue Committee, there are few “safe and legal routes to the U.K.”

Furthermore, by deeming the passing of a ‘safe country’ as a failure to seek asylum, the act does not account for numerous complications that may prevent an asylum seeker from stopping there. The new rules do not account for individual circumstances. For instance, an individual under the control of a smuggler, an individual enduring circumstances of violence, unsuitability of a certain country due to the refugee’s specific characteristics and a need to reside in the U.K. for purposes of family, cultural or linguistic links.

The Impact on Vulnerable Women

These new restrictions also pose specific risks to women. Research by Women for Refugee Women finds that around four out of five female asylum seekers have fled from dangers of a sexual and gender discriminatory nature. As a result of the sensitive and complex nature of trauma, victims struggle to promptly disclose the details of the violence, with research finding memory loss or inability to verbalize trauma as a common side effect of the trauma itself.

Once arriving in the U.K., any delay in applying for asylum and submitting evidence will lead to a penalty. Delayed submission of evidence impacts applicants’ credibility and could, therefore, hold “minimal weight by the decision-maker” assessing the asylum application. This deters applications from many traumatized women who have experienced violence and abuse.

The Route to Rwanda

Arguably one of the biggest controversies associated with the Nationality and Borders Act is the U.K.’s decision in April 2022 to relocate some U.K. asylum seekers to Rwanda as part of a £120 million agreement. The public views this as a ‘penalty’ as the U.K. will not permit some asylum seekers to return to the U.K. It is possible that this aspect is a breach of Article 31 of the 1951 Convention relating to the Status of Refugees, which states that even immigrants entering illegally will not be subject to penalties while fleeing persecution.

Despite global recognition of Rwanda’s growth and development, fact-checking by Deutsche Welle reveals issues. Over the years, reports indicate limitations on freedom of speech in the country, with violent consequences arising for journalists, politicians and others who have spoken ill of the government. Although homosexuality is not illegal, Rwanda is known for its intolerance of sexual minority groups, with the U.K. government’s own foreign travel advice page warning of abuse and discrimination.

Overcoming the Barriers to Safety

An Equality Impact Assessment for the Nationality and Borders Act has prompted the government’s promise to mitigate any negative effects of the act experienced by vulnerable refugees such as women, children and those with disabilities. The government has also vowed to improve legal aid accessibility.

Working with the United Nations High Commissioner for Refugees, the U.K. government has committed to ensuring equality and fairness within resettlement programs for refugees. The U.K government also permits the Home Secretary to exercise discretion and allow asylum for refugees facing special circumstances.

The International Rescue Committee is an organization committed to providing humanitarian assistance to refugees seeking safety and highlights the need for the creation of safe routes for asylum seekers. If the U.K. delivers and increases the availability of resettlement schemes, such as the Afghan Citizens Resettlement Scheme, and prioritizes its application and support systems, it has the chance to prove that the Nationality and Borders Act will serve as an anchor to those seeking safety and not a barrier.