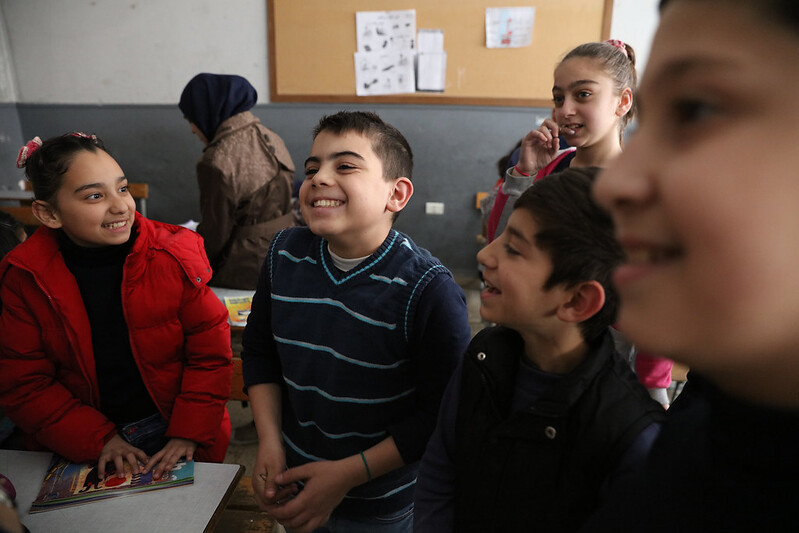 Children living in Lebanon have been experiencing the full impact of the weakened economy in the country. Due to the Beirut explosion and the collapse of the Lebanese pound, child poverty has been on the rise in Lebanon. Child’s education, health and protection have become difficult to acquire.

The Deterioration of the Economy

Lebanon has struggled with its economy for a while due to its reliance on foreign imports and the limited exports coming from its country. As of 2021, Lebanon has failed to see economic growth, but the government is continuing to borrow money from other countries.

In addition, Lebanon’s government consists of 18 politicians of different religious denominations, such as Christian and Muslim. Because of this, Lebanon is susceptible to interference from other countries. As a result, Lebanon has become “one of the world’s largest debt burdens as a result of years of inefficiency, waste and corruption,” according to Reuters.

Moreover, in October 2019, the Lebanese pound began to lose its value due to the shortage of foreign currency in their commercial banks. This caused high-interest rates, leading to the emergence of a black market. Because there is an absence of taxes on the transactions and the government is not aware of the activity happening in the black market, this harms the economy.

While Lebanon was struggling economically, an explosion in Beirut worsened its situation. For instance, on August 4, 2020, a large amount of ammonium nitrate, a chemical used in agricultural fertilizers and bombs, exploded throughout the city of Beirut. Due to this, the air filled with dust, causing concern about the toxins people were consuming in the air.

About Child Poverty in Lebanon

Due to the deterioration of the economy, Lebanon’s poverty rate has doubled from 42% to 82% between 2019 to 2021. As a result, many families cannot afford basic necessities for their children because of inflation, thus increasing child poverty in Lebanon. These families face shortages of food, water and electricity in their homes. Under these circumstances, many children have no choice but to skip meals, according to the OWP.

In addition, “34% of children were not able to receive necessary primary health care,” the OWP reported. In fact, many families need to access water through private providers at a cost because water from public works is insufficient to drink.

Child poverty in Lebanon leads to children living in conditions where they cannot grow and thrive. As economic inequality increases, children become susceptible to child marriage, trafficking and sexual exploitation.

Additionally, many children do not have the option to attend school anymore because of the Beirut explosion. Unfortunately, the explosion damaged 163 schools, leaving children struggling to obtain an education through other means.

Due to the lack of technology and internet connectivity, many children cannot participate in remote learning activities. As families endure the hardships brought upon by the explosion, families are resorting to  “sending their children to work in often dangerous and hazardous conditions, marrying off their daughters or selling their belongings,” said UNICEF’s representative in Lebanon, Yukie Mokuo.

To avoid child marriages and selling their belongings, children need to work. Many of them work in agriculture, metalworking or factories under inhumane conditions. Addressing child poverty in Lebanon, the government signed the ILO’s Convention on Child Labor, but it failed to become a law.

Specifically, it is asking for donations to achieve its goals to improve the lives of Lebanese children. Some of the organization’s goals for child poverty in Lebanon are to increase the quality of education, restore schools and install water, sanitation and hygiene resources for the children to access.

Lastly, it hopes to protect Lebanese children from “psychological stress, neglect, violence, and abuse.” By doing this, Save the Children hopes to show the Lebanese children that they have the right to obtain these basic needs for a better future.

UNICEF has also been aiding children in Lebanon by providing Lebanese families with children with cash grants in the form of U.S. dollars, aiming to help 70,000 children in need. This is an effort to remove children from working and avoid skipping meals.

To add, UNICEF “is also providing mental health support and psychological first aid to children who are engaged in child labor, those who have experienced or are at risk of violence,” as stated on its website.

As a result, the children will have the ability to think for themselves and gain confidence and self-esteem. Similar to Save the Children, UNICEF has spent $6.9 million to help repair Lebanon’s water systems, aiding children’s health. The organization is continuing to reach more vulnerable children and their families, offering them support in any way it can.

With the increasing poverty rate in Lebanon, living conditions are becoming unbearable for many Lebanese children. Fortunately, Save the Children and UNICEF are assisting Lebanon, providing education measures, health services and protection for Lebanese children.