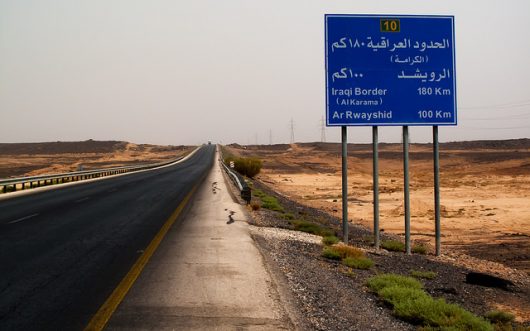 Since November 1998, the Centers for Disease Control and Prevention (CDC) has been cooperating with the Jordan Ministry of Health (MoH) to provide technical assistance and develop surveillance systems for health risk areas in Jordan. The systems track and analyze infectious diseases, mortality rates and risk factors for chronic non-communicable diseases.

The Institute for Health Metrics and Evaluation (IHME) is a private research center focused on calculating statistical population growth and health data. As a component of the University of Washington research institute, the IHME provides “comparable measurement of the world’s most important health problems and evaluates the strategies used to address them.” Jordan’s population (7.8 million) continues to rise, as well as chronic non-communicable diseases.

In 2015, the IHME reported 20,114 total deaths in Jordan, including all sexes and all ages. According to the center’s 2015 non-communicable disease statistics, the top diseases in Jordan are:

The top diseases in Jordan are primarily caused by high body-mass index, dietary risks, high fasting plasma glucose, tobacco smoke and elevated systolic blood pressure. Jordan’s top disease, Ischemic heart disease, is the cause of 15.98 percent of total deaths in the country and has remained in the top spot since 2005. The chronic disease occurs when the coronary arteries narrow, restricting blood and oxygen flow into the heart. Certain risk factors initiate the heart disease, damaging the inner layers of the coronary arteries. The primary culprit is smoking.

In 2013, the Tobacco Atlas reported that 43.3 percent of men and 8.5 percent women smoke tobacco in Jordan, both of which are higher than the average percent in middle-income countries. Smoking increases the likelihood of blood clots, reduces exercise tolerance, and increases blood pressure.

The CDC’s Field Epidemiology Training Program (FETP) has developed a system to successfully survey and analyze non-communicable diseases. Through the Behavioral Risk Factor Surveillance System (BRFSS), Jordan became the first Middle Eastern country to implement the program, which stemmed three national health surveys (2002, 2004, 2007). The program’s objectives are to progress the CDC’s global public health mission to respond to the high burden of noncommunicable diseases. By implementing the program, Jordan is one step closer to combating these hazardous diseases. 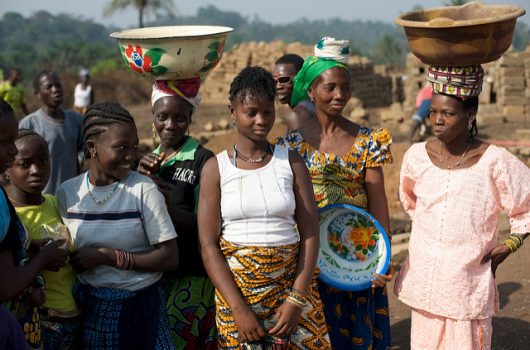 Cote d’Ivoire was once a buzzing ivory trade hub, is currently the world’s largest exporter of cocoa and home to the largest basilica on earth. The country is filled to the brim with beach resorts, rainforests and French colonial influences. The Ivory Coast, as the country is commonly referred to in English, is neighbored by five other African countries and the Atlantic Ocean. Despite how rich this country’s chocolate may be, the consequences of their health issues are extremely grim. Here are two of the top diseases in Cote d’Ivoire:

Malaria is a disease of the blood that can only be transferred by the bite of the female Anopheles mosquito. Malaria is a parasite, and once it is transferred, lodges in the liver and multiplies. Approximately two weeks later, the parasite moves to the bloodstream and infects red blood cells. If malaria is left untreated it can cause anemia, hypoglycemia, or cerebral malaria.

Symptoms include fever, headache, and vomiting and present themselves similar to the flu. If it is untreated, malaria may evolve into cerebral malaria. One this occurs, the capillaries carrying blood to the brain become blocked and can cause a coma, life-long learning disabilities and even death.

In 2012, the CDC determined that malaria is the third-highest cause of death in Cote d’Ivoire, claiming six percent of the total death toll. However, in 2015, malaria was the number one cause of death, according to the Institute for Health Metrics and Evaluation (IHME).

Malaria is preventable. The most affordable form of prevention is a mosquito net. Sleeping under insecticide-treated mosquito nets not only provides protection, but the mosquitoes are killed on contact, preventing them from biting anyone who may not have their own net under which to sleep.

There is no vaccine for malaria, but in the event that the disease is contracted, there are early treatment anti-malaria drugs, called Artemisinin-based combination therapies (ACTs). If taken, they can effectively cure malaria; however, these drugs can be hard to get to remote areas.

If left untreated, HIV (human immunodeficiency virus) can lead to the disease AIDS (acquired immunodeficiency syndrome). HIV/AIDS is not only one of the top diseases in Cote d’Ivoire, but across the globe. HIV attacks the body’s immune system, and unlike other viruses, once it is contracted, it can never be completely eradicated from the body. HIV makes people more susceptible to infections and certain cancers.

AIDS is the final stage of the HIV infection, but not all people who have HIV advance to AIDS. AIDS affects the immune system so severely that a person becomes vulnerable to opportunistic infections. An opportunistic infection is caused by pathogens, like a bacteria or a virus, which take advantage of an immune system that, if it was not compromised and weakened, would otherwise be able to fight it off.

HIV and AIDS can only be contracted through contact with an infected person’s blood or other bodily fluids. There is no cure for HIV/AIDS, but with medical assistance it can be treated and controlled.

Current HIV medication for those who test positive is called antiretroviral therapy (ART). If taken properly and regularly, it has been shown to drastically prolong life. HIV/AIDS transmission can be prevented through simple methods like using a new condom before sex, telling sexual partners if you test HIV positive, or using a clean needle.

According to the CDC, HIV/AIDS was the number one cause of death in Cote d’Ivoire in 2012, claiming 13 percent of the total death toll, but according to IHME, in 2015, it was the second leading cause of death, behind malaria.

These two top diseases in Cote d’Ivoire constantly shuffle top positions among the list of diseases ravaging the country, yet they are completely preventable. If the right methods are introduced and followed in Cote d’Ivoire, everyone can reduce their risk of contracting malaria and HIV/AIDS.