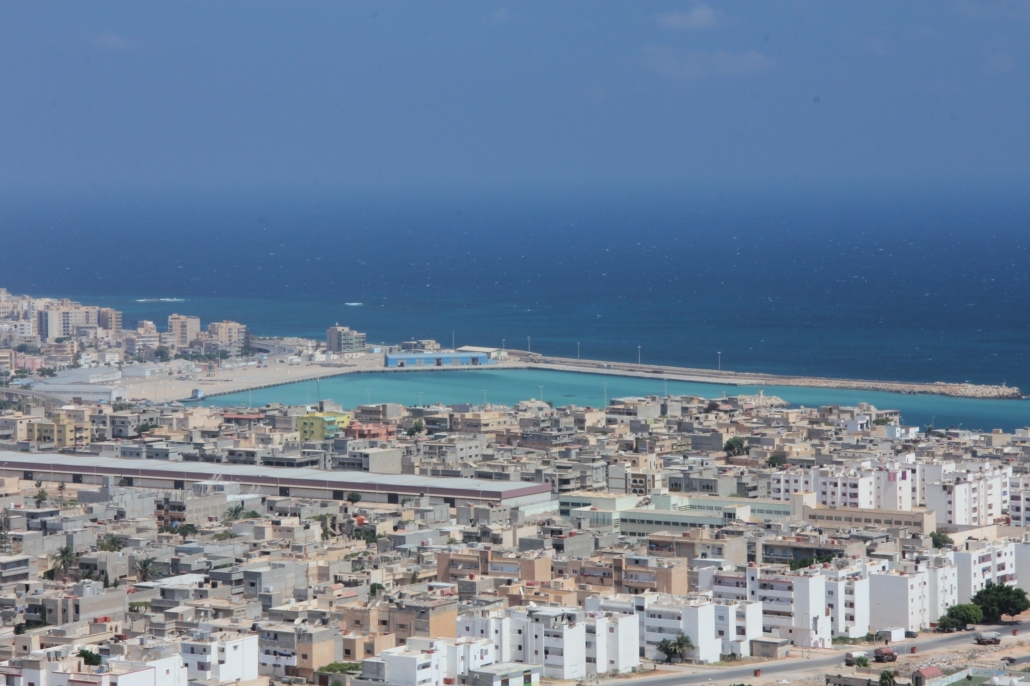 The country of Libya has suffered from civil war since the violent removal of its former dictator Muammar Ghadafi. Challenges with the country’s water supply was one of the many humanitarian problems that have arisen due to this conflict. Yet, even in darkness, there remains some light as one can see in the efforts to resolve the water crisis in Libya.

In order to first understand how resolving the water crisis in Libya has taken place, it is important to understand the environmental qualities of Libya itself. The country is a dry and arid place and the presence of freshwater and rainfall is extremely scarce. However, Libya contains many groundwater aquifers, which offer available quantities of water underneath the ground.

The Libyan people have been tapping into this water supply to sustain life and plan on continuous aquifer use. Even with this underground supply, there has always been a struggle to ensure the availability of freshwater. This shortage of water does not mean that the aquifers are emptying, but rather that they are becoming contaminated by seawater intrusion. The extraction of freshwater has caused seawater to invade the aquifers. Due to the intrusion of seawater since the 1930s, it is alarming that no one knows exactly how much freshwater remains in the aquifers. Further, records have determined that seawater intrusion has compromised about 60 percent of freshwater wells. The freshwater in these aquifers cannot replenish either, meaning that every drop must count for use.

Another reason for the Libyan freshwater shortage is the expanding agricultural industry. Some crops demand vast amounts of water; typically this extensive use results in water waste throughout agricultural production and processing. In fact, Libya uses about 93 percent of its water for agricultural purposes.

Since Muammar Gaddafi’s ousting, a third strain has impacted water availability as a result of oil conflict. Gunmen forcing water-workers to turn off supplies in Tripoli for two days exacerbated this violence. Additionally, the country’s power grid and water control systems suffered damage due to fighting.

The Impact on Libyan People

These problems have adversely impacted the Libyan people. The country pumps about 6 percent of groundwater for drinking use and domestic wells. Drinkable water is a daily issue for the people of Libya; some local bottled water might even be unsafe. The fact that this small amount of water (6 percent) is not reaching people outlines the dire situation in Libya.

Some Libyans have resorted to looting their fellow countrymen and women in a desperate search for viable drinking water. According to UNICEF, these problems in the Libyan water supply have adversely impacted poor sanitation.

The Attempt Towards Resolution

As bleak as some of these problems appear, there are some attempts to solve the water crisis in Libya. The IHE Delft Institute for Water Education, for example, gives support and training to impoverished nations to better manage water resources. In 2018 IHE Delft reported training programs for Libyan governmental authorities in water management, water resources planning and water desalination. The IHE Delft training should allow Libya to accomplish the maintenance and management of the water supply in Libya effectively.

America has noticed the troubles the Libyan people have faced as well. In 2019, the U.S. government provided $31.3 million in aid to address the humanitarian needs of the country. With this aid, the Libyan people can fix the infrastructure including the damaged power grids and the water control systems.

Resolving the water crisis in Libya has been no easy task. Today, the country still struggles with the water supply. Although, victories due to the help of USAID and IHE Delft have been impactful achievements. These organizations have provided financial aid and programming to the Libyan government which is exactly the type of support necessary to formally resolve the water crisis in Libya.