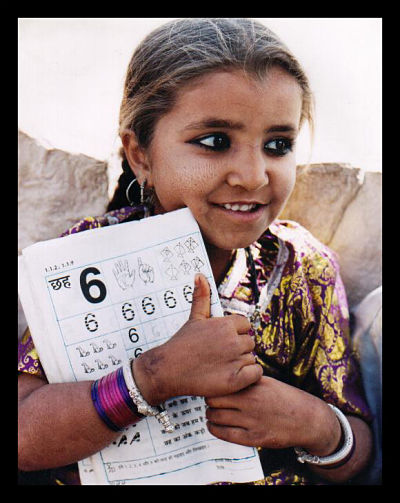 Despite the depressing news of the last part in this three-part history of the World Bank, the global lending institution has had a great number of successes that improved the livelihoods and well being of millions of people.

Immediately after establishment in 1944, the World Bank set up offices around Europe and started work. The first recipient was France. $250 million was used for reconstruction of factories, roads, and other essential economic and social infrastructure. Europe was not the only focus of the new institution. India received assistance and expertise from the World Bank in harnessing the “River of Sorrows.” Once a source of major floods, the River of Sorrows was transformed by power generator, sanitation, and irrigation projects.

In 1971, the World Bank built a worldwide network of agriculture research centers resulting in the creation of a scientific partnership and massive increases in agricultural production via technology adoption. This initiative allowed countries to better fulfill their growing populations’ nutritional needs. This decade also saw investments in renewable energy (1973, El Salvador) and the establishment of national programs for water pollution controls.

With projects like the long-standing water deal signed by India and Pakistan and the establishment of the International Development Association, the World Bank started focusing on a ‘basic-needs’ approach to development. Pursuant projects included helping subsistence farmers (1973) and eradicating River Blindness in 1974 allowing more people to participate in the development of their communities and nations.

Milestone projects include the 1984 donations for food-for-drought victims through the World Food Program for sub-Saharan African countries. Other note-worthy initiatives include stopping ozone damage (1989) and protecting forests (1991) through which the World Bank implemented the Montreal Protocols on the environment and halted all financing to commercial logging in primary tropical forests such as the Amazon. The World Bank also played a role in developing job-creating projects under Nelson Mandela in South Africa in 1991. The World Bank joined the post-conflict reconstruction team after the war in Yugoslavia in 1995. In 2000 and 2001, the World Bank declared war on HIV/AIDS and the next year started delivering vaccines through the Global Alliance for Vaccines and Immunization. 1997 marked the beginning of the Heavily Indebted Poor Countries initiative, which eventually led to the Jubilee Drop the Debt campaign to relieve poor countries of crippling debts. The next year the Freud and Corruption hotline was set up to help combat corruption associated with World Bank projects.

The World Bank took the opportunity of the turn of the century to embark on a project of groundbreaking proportions: a war on HIV/AIDS. Over these 13 years that the World Bank has been engaged in this project, AIDS drugs have dropped in cost from $10,000 per person annually to less than $100. Additionally, 1.5 million women were provided with drugs to prevent them from transferring the disease to their child. On a global scale, 50,000 grass-roots organizations in 50 countries have received funding to combat AIDS. Some of these projects resulted in huge decreases such as those in India (preventing 3 million cases), West Africa (22% decrease in 4 years) and Rwanda’s 76% increase in use of health systems.

Between 2000 and today, the World Bank has successfully undertaken projects in health, education, and financial sectors. Health projects include fighting TB, food crises responses, and recovering from natural disasters. Education projects approach it as not only a necessity for economic growth and development, but also a moral imperative and human right. 2010 marked a record high of financing education projects at $5 billion. $5 billion accomplished training for 3 million teachers and renovating/building 2 million classrooms all affecting an improved education for 105 million children.

The moral of the story: raising the living standards of the world’s poor is a multifaceted and difficult task. The World Bank has had a mixed record of getting successful results. However, their institutional framework is extremely valuable and their experience of both successes and failures is invaluable.