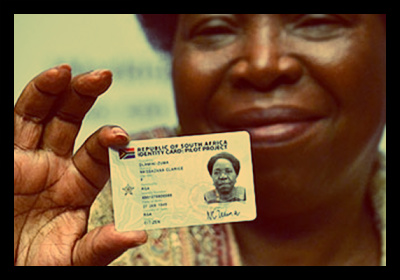 In South Africa, the transgender community is keenly aware of the struggles involved in life without an appropriate source of identification. Those who display a different gender presentation from their originally assigned one are constantly humiliated and debased because of this exact discrepancy. Many even face verbal or physical abuse.

In light of this gross inequality, many transgender and inter-sex activists — both nationally and internationally — have campaigned the South African government to overturn their strict and inhumane laws regarding gender changes and identification cards. Before 2003, these aforementioned laws had made a legally recognized gender change in South Africa impossible. That year, Parliament passed “Act 49,” which elucidated the process in which one might legally be able to make such a change.

The act made a medical report mandatory for such a change, but did not require any sort of genital surgery, a process that remains precarious and unfeasible for many in the transgender community.  If the application were to be denied, the Act stipulated that written reasons needed to be provided, and even further, appeals would be possible.

However, in 2013, ten years after “Act 49” passed, little tangible progress has been made in providing proper identification for transgender and intersex individuals. These communities point to the continuing denial of safeguards provided by “Act 49.”

Applicants have waited years for responses from the application process, meanwhile facing the severe inequalities that exist for an individual lacking a tenable identification card. Upon inquiring in regards to their application status, many inter-sex and transgender individuals have faced endless hostilities. When denied, the sanctioned written response detailing the basis of the decision rarely comes.

The changes made to provide basic rights and human services to the transgender and inter-sex communities of South Africa have been legislatively approved. The political fight has ended.

However, in order to provide true equality for all of its citizens, the South African government must, by law, fulfill its promises.