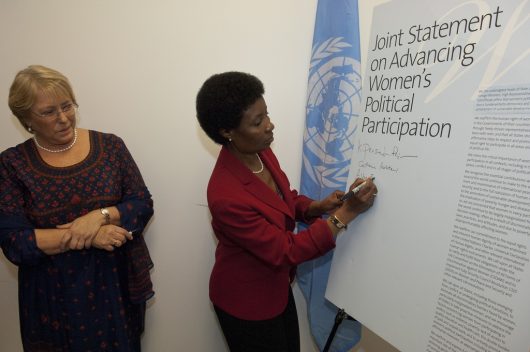 In the context of a tumultuous post-revolutionary transition, Tunisia struggles with walking a moral and political tightrope when balancing women’s rights. The revolution that began in 2011 toppled a violent dictatorship and produced a constitution ruling Tunisia a civil state; yet, the impact of Islam on many laws – particularly those governing women’s rights – has made implementing the constitution a steep goal.

Tunisia has long been the leader in regard to women’s rights in the region – particularly among Muslim-majority countries. Although women’s rights organizations have campaigned for decades, their first recognized achievement was persuading legislators to make Tunisia the first country to eliminate a law protecting rapists from punishment if they marry their victims.

Experts worry that Tunisia faces an “identity crisis” as it struggles to enact its 2014 constitution without a functioning constitutional court for checks and balances. The constitution promises full gender equality as a vague concept and specifies international treaties outweighing domestic law, but does not consider the weight of current family law.

Amid this identity crisis, gender equality in the feminist sense has yet to be agreed upon as it stands in opposition to many beliefs of Islam. A recent review of inheritance law – which states that a man should receive a share of inheritance equal to the portions of two women – has been under debate, as some women have strongly supported the review but many oppose it, citing their religion as a defense of the law. True integration of the sexes in Tunisia may be out of reach until the dust of the revolution settles, but they have made significant strides in the past decade. The most recent events of women’s rights in Tunisia include:

These legal strides are minimally effective without a full court to enforce them – even government officials have admitted that laws themselves are not enough. To combat the problems fully, certain organizations have been founded to actively fight for women’s rights in Tunisia. These include the National Union for Tunisian Women, Union of Tunisian Workers ‘Women’s Commission’, The Nissa Group and Tunisian Association of Women Democrats.

In addition to the various organizations formed, two women have joined forces to encourage victims of abuse to stand up for themselves and to talk about their experiences. Amal Khleef and Amal Amrawy started an online forum called “Chaml,” which means, “coming together,” as a place for victims of domestic violence to speak up about their challenges.

The percentage of Tunisian women reported as victims of domestic violence has fortunately been reduced from 70 percent in 2016 to 47 percent in 2017 – a significant decline that should be celebrated. Although integrating policy change with social change in a fluctuating democracy may prove difficult, the results of efforts to improve women’s rights in Tunisia thus far can already be seen.