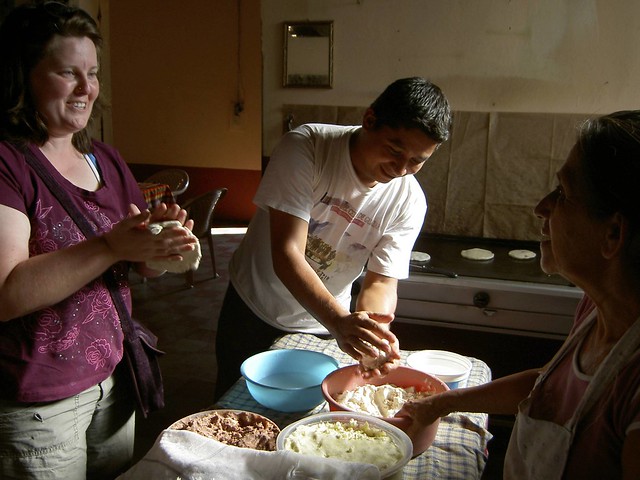 However, there are several companies and organizations aimed at improving the quality of education in El Salvador. These innovative companies develop programs and projects with the purpose of bettering the lives of the young. These programs help students with job training, English-language learning skills, sex education, brain education and education for students with disabilities.

IBREA is a nonprofit organization founded in 2008, aimed at spreading knowledge about the relationship between the brain and body. Ilich Lee, the founder of IBREA believes that through holistic education like meditation, artistic expression and group work, people can achieve peace within themselves and eventually within their communities. IBREA has offered educational programs, seminars and carried out several projects in countries around the world including Liberia, Costa Rica, Sierra Leone and El Salvador.

IBREA began working in El Salvador in 2011 and is currently present in one-fourth of the country’s schools. IBREA has made a notable impact on a school in the district of Distrito Italia. This district is one of many deeply affected by gang violence and poverty in El Salvador. Students, teachers and principals alike have said that since the beginning they have noticed significant improvements in their physical health, stress levels, and motivation in IBREA programs. Other improvements include better peer relations, clarity, decision-making and emotion regulation. The IBREA Foundation is continuing to make strides in El Salvador and Ilich Lee has even received the “Jose Simeon Cañas” award from the previous president of El Salvador Salvador Sánchez Cerén for the positive impact IBREA has had on schools in El Salvador.

FULSAMO is a nonprofit organization based in El Salvador aimed at improving the lives and creating opportunities for at-risk youth in El Salvador. Through various programs located in Community Centers throughout El Salvador, FULSAMO works to keep the youth of El Salvador away from gang violence by offering training programs that help them find employment. Currently, FULSAMO has four locations in Soyapango, a municipality in El Salvador.

FULSAMO is currently offering training sessions for work in call centers. The course is six months long, and students are offered help finding relevant employment upon its completion. Unemployment for the youth in El Salvador is nearly 12 percent, but only 7 percent for El Salvador’s general population. Since youth are more at risk for joining gangs, programs like FULSAMO are vital for the betterment of the community. Aside from training opportunities, FULSAMO also offers programs centered on arts, music and leadership.

“Comunidades Inclusivas” for Children with Disabilities

“Comunidades Inclusivas” is a project created by an Education Professor at the University of Maryland. The goal of this project is to make education in El Salvador more accessible to people with disabilities. Through small programs and networks, Comunidades Inclusivas works to have people with disabilities more socially involved in their communities so these connections can be used as a means to more access to education.

Although teen pregnancy is prevalent in El Salvador, some educators aim to teach their students about sex education despite cultural stigmas. Females between 10 and 19 years old account for one-third of all pregnancies in El Salvador. In Panchimalco, a district south of El Salvador’s capital, San Salvador, educators are taking the risk of teaching sex education, but do it in a way that avoids scrutiny.

Because sex education in El Salvador is sometimes associated with contraceptives and abortion, certain teachers (whose real identities are hidden) in Panchimalco take a different approach when trying to inform students about sex education to avoid ridicule from people in the community. For example, the courses inform students about gender rights and gender equality. This is especially important since the homicide rate for females is 12 for every 100,000 people and over 60 percent of females over the age of 15 have experienced some form of abuse by a male. Sex education courses help students recognize sexual violence, report sexual violence, recognize their rights, and plan for the future.

Although sex education is just in its beginning stages, if it continues, the bravery from teachers will make a difference in student’s lives.