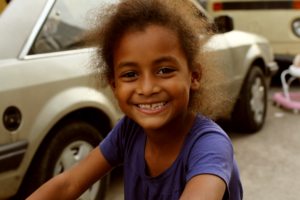 Over the years, the Brazilian government has improved the provision of health care for citizens. However, challenges have persisted in terms of the quality of care provided. In response, the government and other NGOs have taken various steps to improve health conditions in Brazil. These steps include reaching more impoverished areas, offering affordable HIV/AIDS treatment and providing vaccinations.

Reaching urban slums, or “favelas,” is crucial to improving health conditions. These areas are stricken with poverty and the people experience harsh living conditions. Poor health often accompanies these conditions, heavily impacting the people in the favelas.

The struggles those individuals face are not new to the Brazilian government or NGOs. One NGO working to improve health conditions in Brazil, specifically among the people living in the favelas, is the Brazilian Institute for Innovations in Social Healthcare, also known as Ibiss. Established in 1989, Ibiss now operates 62 projects with 600 employees. One project is leprosy-awareness because many leprosy cases are concentrated within the favelas.

Ibiss has increased awareness and care by helping favela residents to organize self-treatment programs. This is significant because the course of treatment is lengthy, so many people with leprosy stop treatment, especially in the favelas.

Brazil provides one of the best programs to combat HIV/AIDS in the developing world, which has helped to improve health conditions in the nation. One way that HIV/AIDS treatment affordability has improved is through the implementation of legislation increasing access to universal antiretroviral treatments for citizens. Additional legislation has allowed Brazilian companies to produce a generic version of antiretroviral drugs to reduce high associated costs. Statistics from 2018 show these legislative measures are improving health conditions in Brazil, specifically among HIV/AIDS patients. In 2018, roughly 900,000 citizens had HIV and 66% of these people had access to antiretroviral treatment.

Vaccination must occur to improve health conditions in Brazil. Thankfully, the Brazilian government recently responded to an outbreak of measles in 2019 by doubling the purchase of MMR (measles/mumps/rubella) vaccines from the previous year. The government purchased 60.2 million MMR vaccines.

Brazil also recently launched a massive campaign to deliver yellow fever vaccinations. The government implemented these vaccines in 77 municipalities within the states of São Paulo, Bahia and Rio de Janeiro. Brazil targeted these specific municipalities because of the increased risk of an outbreak. As a result of this campaign, the government covered 53.6% of people in São Paulo, 55.6% in Rio de Janeiro and 55% in Bahia.

Despite a weaker health system, the Brazilian government is undertaking efforts to improve health conditions in Brazil. From new government legislation to NGO programs, improvements have been made in reaching more impoverished areas, offering affordable HIV/AIDS treatment and providing vaccinations. Moving forward, the development of a robust health system will continue to have a positive impact on the nation.