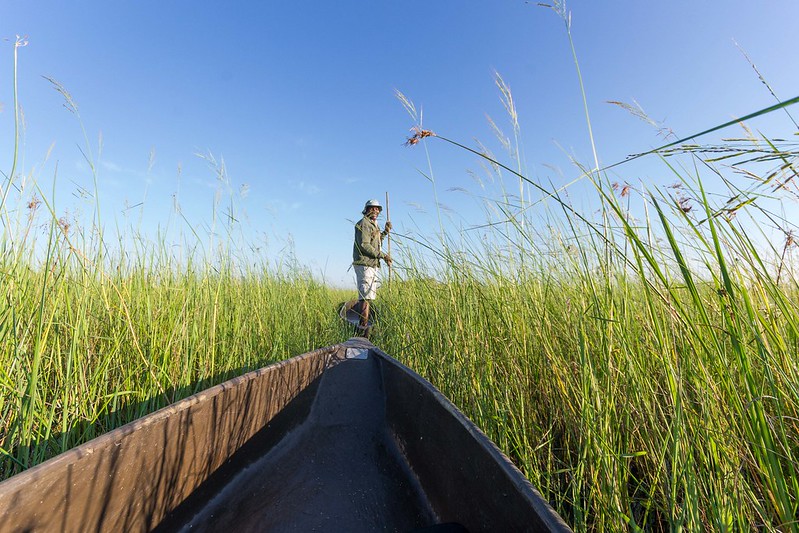 According to a UNAIDS report in 2019, 380,000 children and adults in Botswana are living with HIV/AIDS. The deadly disease has made a prominent appearance in Botswana, which is currently one of the most affected countries in the world. However, with the help of UNAIDS treatment initiatives for HIV/AIDS in Botswana, the country has managed to establish valuable antiretroviral treatment (ART) and raise awareness for HIV/AIDS.

HIV/AIDS: The disease and its symptoms

Human Immunodeficiency Virus (HIV) is a deadly virus that is spread through bodily fluids and targets human immune cells. When the virus fuses with white blood cells, it hijacks the immune system and leaves the victim highly susceptible to disease. Acquired Immune Deficiency Syndrom (AIDS) occurs when HIV goes without treatment and a person’s immune system is weak as a result of the virus.

Properly monitoring and managing the disease is important in slowing down the progression of the virus in its early stages. Symptoms of HIV include skin rashes, a sore throat, a fever and swollen glands. When doctors diagnose and test for HIV, they look for the appearance of HIV antibodies in the bloodstream. International Training and Education Center for Health (I-TECH) in Botswana is a program that conducts HIV testing and posts information about the spread and transfer of the disease.

Prevalence and Primary Modes of Communication

HIV/AIDS is most commonly spread through broken wounds and contaminated bodily fluids. Participating in sexual activities without protection or HIV-prevention medicine can result in the transmission of the virus. HIV/AIDS cannot pass through saliva, sweat or urine unless they contain traces of infected blood. Using needles with HIV-contaminated blood, as well as rare cases of blood transfusions present a risk of being exposed to the virus. Less common ways of contracting HIV/AIDS include infection during birth and pregnancy from mother to child.

In Botswana, female sex workers and youth are at the biggest risk of contracting HIV/AIDS. A 2012 study by the Ministry of Health found that 61.9% out of 4,000 female sex workers in Botswana have HIV. Additionally, of those surveyed, 18.6% of female sex workers did not wear condoms out of force, and 23.9% for money. Similarly, a lack of awareness and information about HIV/AIDS transmission has caused youth under the age of 15 to participate in sexual activities without protection. This has created even more HIV/AIDS cases among the youth of Botswana.

Receiving treatment for HIV early on plays an important role in stopping the progression of the virus before it develops into AIDS. Early treatment can increase life expectancy and make living with the virus more manageable. In the United States, HIV does not often progress into AIDS. This is because frequent treatment at correct intervals can significantly slow down the rate at which the virus replicates. However, treatment is not easily accessible or cheap in many developing countries such as Botswana. This is a challenge that UNAIDS is currently helping to overcome.

In response to Botswana’s move to offer free treatment to non-citizens, UNAIDS Executive Director Gunilla Carlsson stated, “This measure will save lives and help the entire country progress toward ending the AIDS epidemic — it is another example of Botswana’s leadership and its determination to leave no one behind in the response to HIV.”

UNAIDS has maintained a plan to end the HIV/AIDS epidemic by 2030 through the implementation of ART for all Botswanians and collaborative work with the government of Botswana. As of 2017, 320,000 people of the 380,000 inhabitants of Botswana living with HIV now have access to treatment. Carlsson asserted that “the main challenge that Botswana is facing in its AIDS response is complacency. If the country can overcome this challenge, then it will show the whole world that it can be done.”

UNAIDS’s goal is to prevent the spread of the virus by educating the public and obtaining funding. Due to the combined effort of the government of Botswana and UNAIDS, Botswana was the first country in Eastern and Southern Africa to offer free HIV treatment regardless of living status or citizenship. It has also adopted a strategy that allows immediate treatment for those who test positive for the virus. This has decreased the cases of AIDS and improved the quality of life for those living with the disease. Among other exemplary HIV/AIDS programs, UNAID treatment initiatives for HIV/AIDS in Botswana are helping save millions of lives.