Tag Archive for: Hygiene and Sanitation 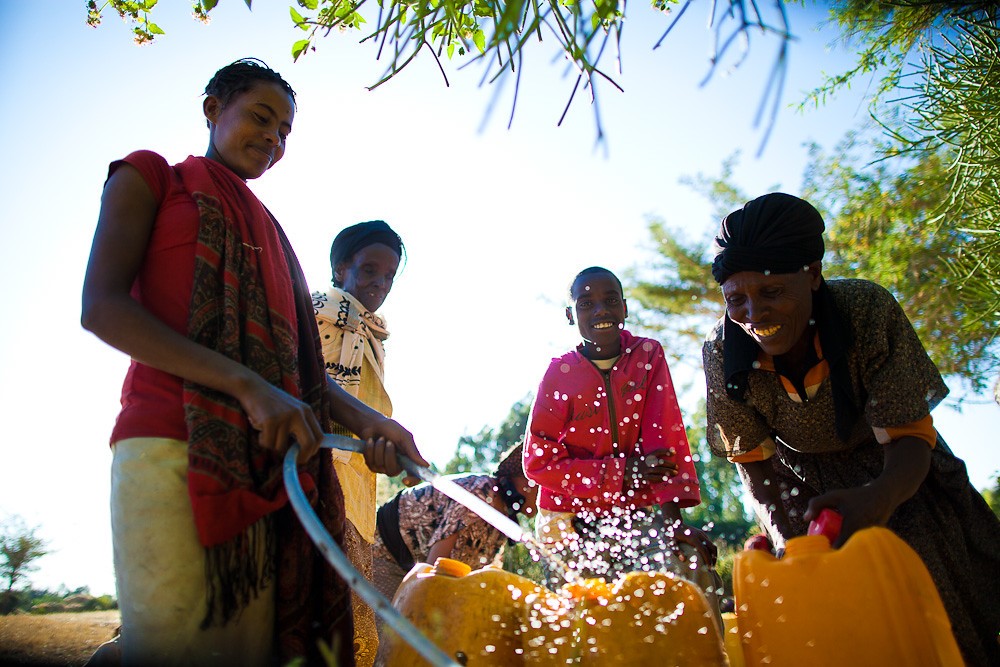 The World Bank, UNICEF and the World Health Organization determined that providing basic water and sanitation infrastructure to those that need them would cost $28.4 billion a year for 15 years. Right now, the U.S. spends around $600 million on the military each year. A readjustment of federal priorities, taking into account the ripple effects which clean water has on communities, could make a drastic difference for the world’s poor.

The beautiful Caribbean isle of Saint Lucia is known for its natural amenities: a lush interior rainforest, volcanic mountains, sandy beaches and coastal reefs. More than 1.2 million tourists flocked to the tiny island in 2018 alone. Despite the country’s up-and-coming image as a sunny vacation spot, there are far more nuances to the daily lives of native Saint Lucians. Here are the top 10 facts about living conditions in Saint Lucia.

These top 10 facts about living conditions in Saint Lucia demonstrate how this island is more than just a scenic visitor spot. It is a complex country, balancing tourist growth and educational improvements with agricultural and infrastructural instabilities. With the right developmental strides, Saint Lucia can ensure the prosperity of all its citizens. 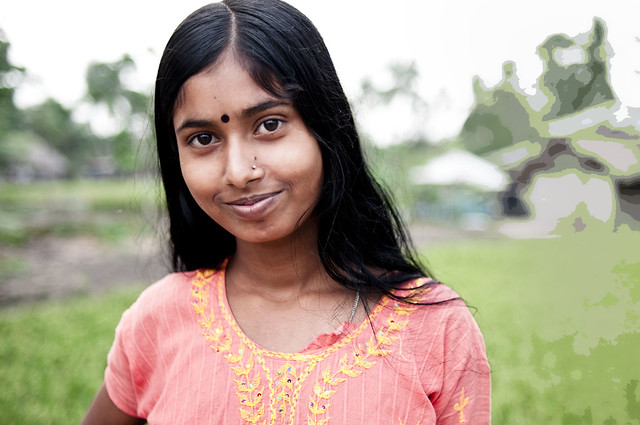 Period poverty is often described as a lack of access to menstrual education and sanitary products. With 800 million women and girls menstruating daily, this is a subject that concerns half the population around the world. However, the issue is particularly prevalent in India where only 42 percent of women have access to sanitary pads. What is being done to alleviate this common problem? Here are the top five facts about period poverty in India.

The good news doesn’t end with the removal of taxes. Many positive strides have been taken to address the issues of period poverty. Binti is one organization in India (as well as 11 other countries) aiming to minimize the issue. The nonprofit is fighting for menstrual equality through education, distribution of sanitary products and government advocacy. The World Bank and WASH partnered together to create Menstrual Hygiene Day to spread awareness about the importance of sanitary products for women and girls around the world.

Documentaries have also aided in global education surrounding period poverty. For example, “Period. End of Sentence.” partnered with Action India (a nonprofit aiming to create gender equality) to create a documentary about the situation. The Netflix original was successful in fundraising enough money to install a vending machine of menstrual products in Hapur, India. It was also awarded an Oscar for “best documentary short film, gaining public recognition for its efforts.

Ultimately, when looking at the top five facts about period poverty in India, one can see it is a very prevalent issue. Menstrual inequality is often caused by shame around the conversation as well as the high cost of feminine products. This creates challenges in education and an increased risk of disease. However, many positive strides are being made, and governments are starting to see that this is a cause worth advocating for. 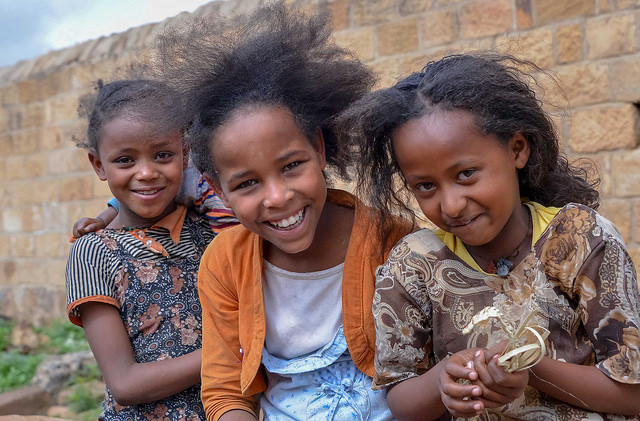 In Kenya alone, one million girls drop out of school after they start their period for the first time, but ZanaAfrica is working towards improving girls’ education with menstrual products. The ZanaAfrica Foundation is working to help adolescent girls in Kenya to stay in school by providing sanitary pads and reproductive health education.

When young adolescent girls do not have access to sanitary pads, they are more likely to skip class while they are menstruating and eventually drop out of school altogether. Without sanitary pads, girls often resort to using unhygienic materials to cope with their periods, which makes them more susceptible to diseases.

A corresponding lack of reproductive health education makes girls more susceptible to unplanned pregnancies, forced early marriage or female circumcision. The combination of all these factors makes young adolescent girls more likely to drop out of school and fall into a cycle of poverty.

ZanaAfrica is supporting young adolescent girls in their education and their potential to participate fully in society. The Kenyan government is also improving girls’ education with menstrual products. In 2004, Kenya repealed the value-added tax on pads and tampons. Since 2011, the government has used $3 million of the annual federal budget to distribute free sanitary pads to low-income schools.

The government’s involvement, alongside ZanaAfrica, other NGOs and the media have also improved the societal stigma surrounding menstruation. Even the language people use to talk about sanitary pads has shifted in the past few years. Men used to refer to sanitary pads as “this thing that is used by women,” whereas now they are not afraid of the word “pad.”

The Kenyan Ministry of Health has been in the process of developing a national menstruation management policy. While progress is slow and serious questions about implementation hang in the balance, the government’s willing involvement is vital to improving girls’ education with menstrual products.

While the development of management policies is a great step, ZanaAfrica is making significant impacts in the lives of girls across Kenya. In 2016 alone, ZanaAfrica supplied 10,000 girls with sanitary pads, underwear and reproductive health education. Ninety-five percent of girls who participated in the program reported feeling better about their ability to manage their periods and stay in school. Of 400 participants, 100 of them moved to the top 10 percent of their class.

Improving girls’ education with menstrual products gives young adolescent girls the resources they need to manage their menstruation and understand the reproductive health, while they continue to have the opportunities at school to learn, grow and participate fully in society. 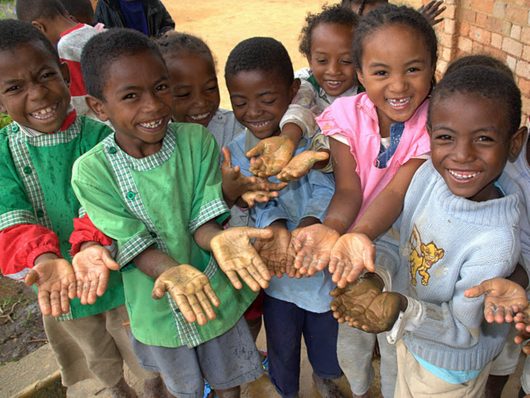 Worldwide, nearly 2.3 billion people lack access to basic sanitation and water services. A waterless bath created by a South African student has the potential to help alleviate this issue.

Inadequate access to clean water leads to devastating disease outbreaks like trachoma, which can lead to permanent blindness. The invention, called DryBath, is a waterless alternative to bathing that comes in the form of a cream and could help eliminate the threat of these water-borne diseases. By gaining the ability to bathe, people in poverty-stricken areas can drastically decrease the number of trachoma cases, which currently blind about 1.8 million people globally.

The South African student and inventor of DryBath, Ludwick Marishane of Limpopo, South Africa, created the alternative after a friend’s comment regarding bathing. Marishane eventually realized the potential for the waterless bath in developing areas. In his Ted Talk, Marishane elaborated on DryBath’s potential capabilities.

The effects of eliminating the need for bathing water has a wide array of positive results as Marishane mentioned. Not only does it decrease the risk of disease, but by removing the long walk for water that many children must embark on each day, DryBath allows children to spend more time on their education.

According to Business Insider, after Marishane’s first few marketing experiments, he realized that to reach people in developing areas, the waterless bath must be sold in smaller packets that cost about 50 cents per pack.

“One of the things we learned was that poor communities don’t buy products in bulk. They buy products on-demand,” Marishane said during his Ted Talk. “A person in Alex doesn’t buy a box of cigarettes. They buy one cigarette each day, even though it’s more expensive.”

With limited internet access, Marishane used his Nokia cell phone to research and write a 40-page business plan for his invention. The young entrepreneur was able to successfully create a product that made real progress to health in developing nations. While his initial intention was not so, he realized the potential and worked to develop the waterless bath.

“After seeing that global impact, we narrowed it down to our key value proposition, which was cleanliness and convenience. DryBath is a rich man’s convenience and a poor man’s lifesaver,” Marishane said.