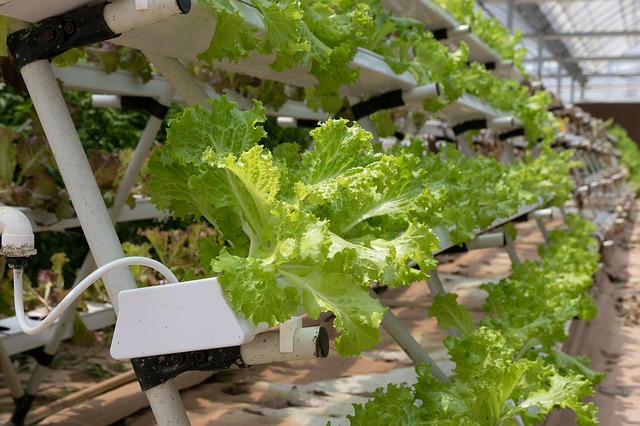 The only constant in the oil market is its volatility as oil is notorious for its price fluctuation. Prices can increase due to economic growth that raises the demand for oil. Prices can also drop due to shortage fears during unstable conditions, a visible reality with the implications of the Russian-Ukraine war. The Iraqi economy is one of the world’s most oil-reliant economies in the world. Iraq requires international support in order to reach its SDGs, however, misconceptions and traditional practices undermine the potential for mutual benefit among Iraq and other nations. Debates center around whether diversification or transformation of the economy should be a priority. Hydroponic technology allows for the adoption of both strategies at once while satisfying global needs.

Oil reserves proceed to deplete. Countries move toward green innovations. The demand for oil continues to drop. The economies of oil-dependent nations that stick to traditional energy sources struggle. Unstable conditions and authoritarian rule take hold. National security is now a greater issue in the United States and other nations. The chaos increases fears of a depleted oil supply. Prices rise, preventing development in developing nations and impeding smooth transition in developed nations. This is the domino effect of oil volatility.

Economic and societal transformations within one nation have rippling effects beyond its borders. In an unprecedently interconnected world, instability in foreign markets, such as Iraq, influences the security and economy within the United States.

The Resource Curse in Iraq

Resource wealth in Iraq, manifesting in the nation holding the world’s fifth-largest oil reserves, correlates with poverty. Oil exports make up more than 90% of its government revenue in 2020, yet Iraq struggles to supply its own population with fuel and electricity. The oil sector only included 1% of the total labor force in 2016 while accounting for 32.2% of its GDP in 2020. Easy revenue reduces incentives for broad-based development, reduces reliance on tax revenue and facilitates corruption.

Increased reliance on natural resource exports is coupled with less growth in the domestic economy and feeds the poverty cycle. For instance, Transparency International’s Corruption Perceptions Index for 2021 scores Iraq 23 out of 100 in terms of “perceived level of public corruption,” where zero equates to the highest corruption level. Out of 180 nations, Iraq ranked 157th. Moreover, Iraq lags behind its peers in placing its oil revenue into a sovereign wealth fund. Mismanagement of the oil industry results in most Iraqis not benefiting from the nation’s riches.

Many Iraqi livelihoods depend on a high oil price that is never guaranteed. Introducing other industries in Iraq and other one-product economies can encourage sustained investment and employment. Multiple sources of national income help combat issues that arise with volatility. In 2020, Iraq adopted the White Paper for Economic Reform, which aims to place “Iraq’s economy on a path that allows the state to take appropriate steps in the future to develop it into a diversified, dynamic economy.” Yet, such reforms receive attention during economic recessions and get postponed when oil prices and profits are high.

According to the Sustainable Development Report, in 2019, Iraq scores a value of 37.5 in terms of prevalence of undernourishment, far higher than its oil-exporting peers, such as the United Arab Emirates and Kuwait. The SDG tracker reports that “major challenges remain” in meeting life-sustaining dietary requirements in a high percentage of the population. In May 2020, the U.N. approximated that 4.1 million Iraqis need humanitarian aid, including about 920,000 Iraqis suffering from food insecurity.

The Well Fed Community Garden says, “Hydroponics is the process of growing plants in sand, gravel or liquid with added nutrients but without soil.” Hydroponic systems reduce water use, land requirements and input expenses. Hydroponic technology is working to revive Iraq’s agricultural sector in arid conditions, ultimately serving to diversify Iraq’s economy. Transitioning to this sustainable technique is critical in a world where water shortages become water wars.

An article by Peggy Bradley and Cesar Hernan Marulanda Tabares details that a basic hydroponic garden “can provide enough produce for an average-size family every day.” The writers also detail that the system can provide “about $300 worth of food for only about $30 worth of nutrients” and “uses only 5-10 [%] of the water requirements of soil-based agriculture.”

With more than 800,000 Iraqis enduring hunger each night in 2017, providing locally based self-sustainable agricultural techniques promises greater stability to families in an environment that has a volatile status quo due to oil dependence and conflict.

Hydroponic Successes and Plans in Iraq

Iraq is moving toward making room in its budget for moves toward clean energy and sustainability. The Cabinet proposed in January 2022 “diverting a portion of oil sales for domestic clean energy investments.”

USAID, through the Water and Energy for Food Grand Challenge (WE4F), selected Al Radhwa Solutions and Dhiaa al Alamiyah as two of the winners of the Call of Innovations contest in March 2022. These two hydroponic-based businesses aim for sustainability. The contest winners received a total of $1.5 million to grow their businesses.

Hydroponic technology brings families out of extreme poverty and hunger all while aligning with environmental goals, contributing to stability and fostering bottom-up economic growth. Whether the issue is oil or water depletion, rippling effects impact the entire world. Safety is threatened and business opportunities become opportunity costs when arid economies do not diversify. The U.S. government has the potential to allocate more of its spending toward preemptive sustainability strategies, such as hydroponics.