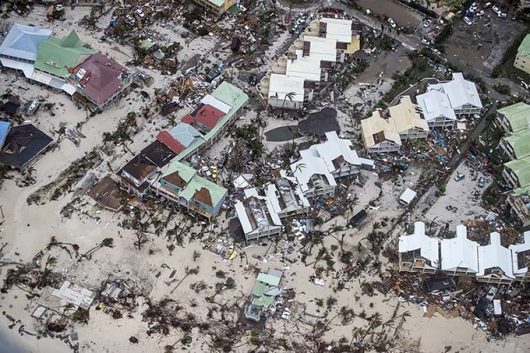 The U.N. International Children’s Emergency Fund (UNICEF) has launched a major humanitarian mission in the Caribbean regions that have been devastated by Hurricane Irma. The organization’s outreach efforts are focused on the most vulnerable inhabitants of the affected areas: children.

UNICEF is a U.N. program working to protect childrens’ rights in 192 countries and territories. UNICEF employs both intensive research and practical problem-solving to provide humanitarian assistance to children in developing countries. In 2016, UNICEF provided educational materials and other support to 15.7 million children, including 11.7 million children who had been impacted by emergencies such as natural disasters and civil unrest.

The organization has a proven track record in providing relief to hurricane victims in the Caribbean. After Hurricane Matthew struck in 2016, UNICEF helped return 25,000 students to school by rebuilding 75 educational centers. Additionally, the nonprofit secured medical aid for 80,000 people and provided clean water for 400,000 people.

UNICEF estimates that more than 10.5 million children will be affected by Hurricane Irma, including more than three million children younger than five years old. The organization’s most urgent concern is getting clean drinking water to storm victims.

UNICEF is uniquely positioned to spread awareness and survival tips to adolescents living within the hurricane zone, thanks to U-Report. U-Report is a communication platform that uses SMS texting to relay information and surveys to young participants. UNICEF typically utilizes U-Report to poll adolescents about pressing issues in their communities.

In the wake of Hurricane Irma, UNICEF mobilized U-Report to send out “how to stay safe” messages to young users in the storm zone. The nonprofit sent out 8,500 texts within the initial 48 hours of the hurricane. Messages were available in English, French and Spanish to accommodate the diverse population affected by the hurricane. Between 9 p.m. and midnight on September 6, a user accessed information about Irma via U-Report every 10 seconds.

UNICEF was able to launch an immediate Hurricane Irma relief effort because the organization anticipated and prepared for the devastation. “Considering the possible magnitude that Irma represents, it is both hugely urgent and necessary to be prepared, informed and vigilant so that we try to avoid the impact on the most vulnerable, that is to say children,” said Marita Perceval, UNICEF regional director in Latin America and the Caribbean.

To prepare for the hurricane, UNICEF moved emergency supplies including clean water, medicine and nonperishable food into the region. Additional emergency materials are being sent from the UNICEF Supplies Division warehouse in Copenhagen, Denmark. The warehouse is the world’s largest humanitarian storage facility and can ship supplies anywhere in the world within 72 hours.

UNICEF already has first responders on the scene who are utilizing emergency supplies stored in Barbados and Panama. U-Report aids these humanitarian workers by collecting information on who needs help after Irma.

The organization is distributing tents, hygiene kits and water purification tablets to families in Anguilla, Barbuda, the British Virgin Islands and Turks and Caicos. Child protection materials are also being provided to ensure that affected children are identified and sheltered. Trained facilitators have been sent to the region to ensure the psychological well-being of young victims.

Leaders at the nonprofit urge the international community to increase support for Hurricane Irma relief. Khin-Sandi Lwin, head of UNICEF’s Caribbean response, estimates that the organization needs another $2.3 million in funding to complete its humanitarian efforts.